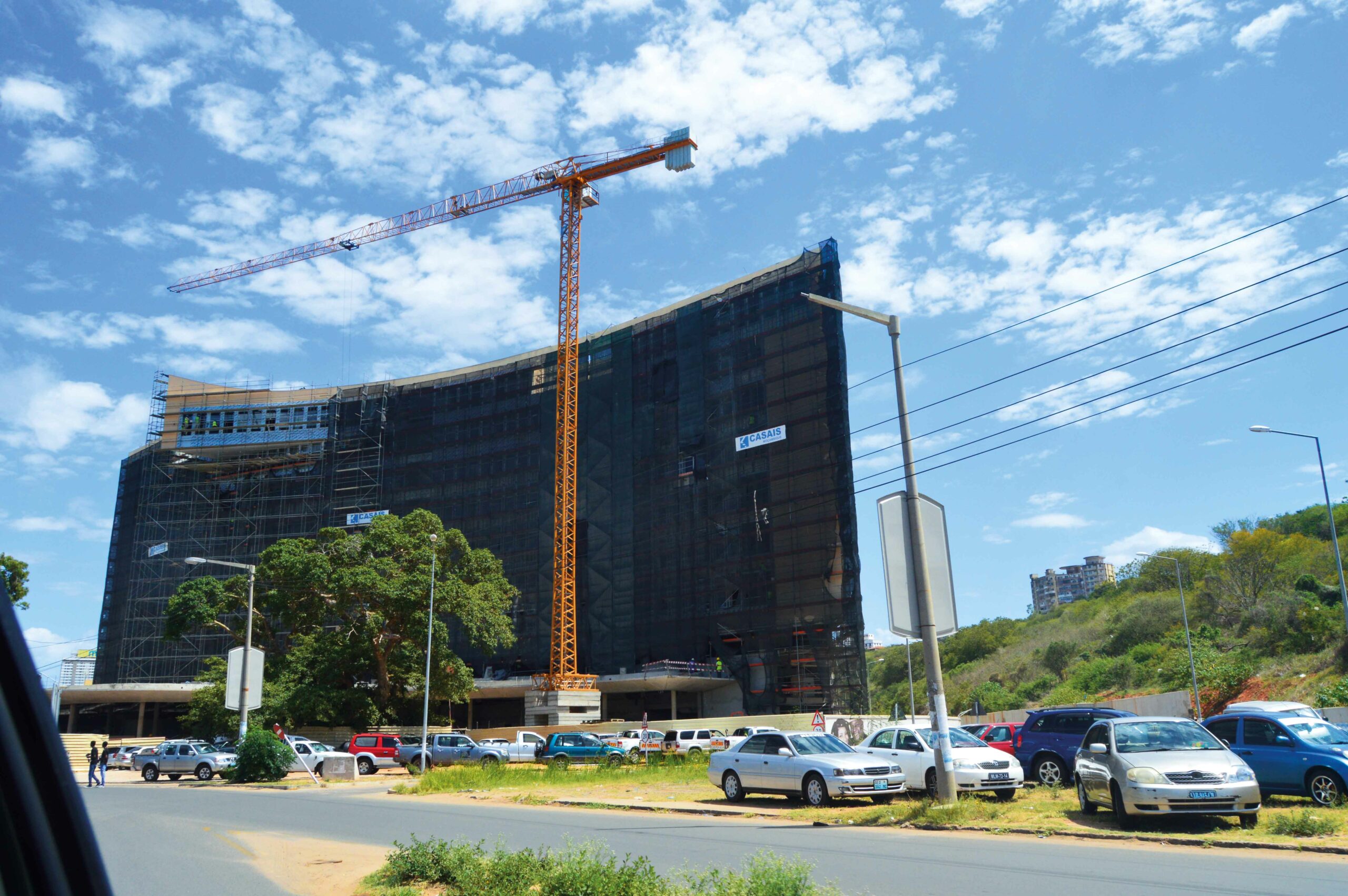 If you build it

Share on:
A growing and urbanizing population is the main force behind the residential sector as its predominantly youthful population begin to look for houses of their own. A lack of high-end stock is also driving up prices in major cities.

The real estate sector in Mozambique is in an enviable position. While at first glance it may seem a little underdeveloped, the potential for the future is huge. According to PwC, the level of urbanization is approximately 31% and growing at a rate of around 3.05% per annum. Couple this with a population of 25 million, of which 45.3% are under the age of 14, then the potential for future growth is huge. As the country’s predominantly young population begins to reach maturity, the demand for residential property is likely to increase. Along with an urbanizing and youthful population is a burgeoning economy. Recent gas discoveries and the likelihood of more in the future look set to accelerate the urbanization process and drive demand in the country’s major cities. Maputo will continue to be the country’s hub for development, due to it being the seat of political power as well as the country’s economic capital. The northern part of Mozambique is undergoing major infrastructure expansions and is likely to become a hotspot for development in the medium term, especially regarding its natural resource deposits.

The residential market in Mozambique is faring well with strong demand for housing as well as high levels of investment. Residential property developers from South Africa, Portugal, and Turkey have been active and present in the market developing low-, medium-, and high-value properties and developments predominantly in Maputo. The residential segment is probably the most important in the real estate sector, which is driven by high demand fueled by a lack of supply on all tiers of the spectrum. Developers are attracted to the market by rising rental prices, particularly in Central Maputo. However, it is the high-end properties that are much more attractive to developers due to the higher return on investment currently experienced. There is a limited supply of low-cost housing currently throughout the country due to the low returns on any investment. Developers are put off by the fact they have to build any support transport and services infrastructure that a property may need, while government support for such infrastructure development is hard to come by. Government support for affordable housing is also low, while affordable financing for potential low-income buyers is hard to come by, limiting the market for them even further. In terms of rental prices, a top-end villa in Maputo will set you back around $5,500-6,000 per month; however, rental prices are considerably lower on the local mass market at around 15-25% of prime levels.

Like with residential properties, Maputo is seen as the best location for office space, especially the downtown area. Once the Maputo Waterfront development is completed, this will consolidate the city’s offering into Maputo’s central business district. The development has a plot size of 80,000 sqm and will offer 280,000sqm of mixed-use space. Of that, there will be 50,000sqm of gross leasable area (GLA), three- and five-star hotels, offices, and residential space. The development is set to cost around $750 million in total and is being built by Constellation. Demand for office space is principally driven by large corporations, such as banks, telecoms, and diplomatic and aid agencies. However, with the recent discoveries of oil and gas, the energy sector has boosted demand of prime office space, as evidenced by the strong rise in prime office rental prices over the past two years from $30 per sqm per month to $37.50 per sqm per month in Maputo, according to Frank Knight.

Due to a largely informal sector, the retail sector in Mozambique has considerable room to expand. There are existing high street retail outlets, shopping centers, standalone units, and retail parks; however, the need for higher quality and more modern premises in all sub-sectors of commercial real estate is prevalent. There are already established shopping centers in mixed-used developments, especially in Maputo in the Polana Shopping Centre and the Maputo Shopping Centre; however, these are beginning to look dated and newer designs would be well received. The street sector has experienced the entrance of a number of international brands, especially some from Portugal, including the high-end tableware retailer Vista Alegre. In terms of rental prices, current prices stand at around $30-40 per sqm per month with considerable potential for growth when offering the right product. One of the main ways to stimulate growth would be formalizing the retail market. Currently, much of the commercial sector is informal and spread out. However, a rising need for goods is stimulating the market as well as a demand for higher-quality premises.

The government is hoping to develop the industrial sector over the coming years, and it hopes to do this by heavily investing in infrastructure to attract companies to the country. There are plans to build large industrial hubs, one of which is located in Moamba and is located on the South African border. This should help to promote the flow of goods between the two countries with an aim to increase traffic through the Port of Maputo using exports and imports. Many of the traditional industrial zones are in the center of Maputo around the port. Warehouses in this area are able to command relatively high rental prices of around $10 per sqm per month, due to both the central location and the fact they used to be offices.

One of the main concerns for many investors in real estate in Mozambique is the lack of infrastructure surrounding properties and developments. Currently, developers have to build any infrastructure that the development may need to ensure access. Much of this stems from the fact large amounts were destroyed during the country’s civil war and a lack of investment has made it difficult to rebuild. However, the government has recognized this problem and understands that if it wants to have a thriving economy and industrial sector, it must have the infrastructure to support it. Something that will please investors is that the government has earmarked $17 billion for transport projects across the country. This includes rail links, port access, and port developments to increase capacity and capabilities. This will allow for greater exports of agricultural goods as well as coal. The government is also hoping to address the country electricity problem. Oddly, much of Mozambique’s electricity capacity is exported to South Africa, while less than a quarter of Mozambicans are hooked up to the grid. The government is looking to expand the grid to more rural areas as well as increase capacity to cater to growing industrial and domestic demand. Electricity demand is expected to grow by 15-20% per annum over the next few years on the back of natural resource discoveries. Currently, supply is only expected to grow by 10% per annum, which will lead to a shortfall. To address this, power projects worth $12 billion are in the pipeline in an effort to create energy security.

Overall, the real estate sector in Mozambique holds great potential. There is significant demand for high-end properties in the residential, office, and retail sectors. Limited supply and a growing population will continue to drive the residential sector, while incoming foreign companies in the hydrocarbon sector are looking to prime office space. As the retail sector begins to formalize and the current stock on the market begins to date, retailers are demanding higher quality, more modern spaces to sell their wares.