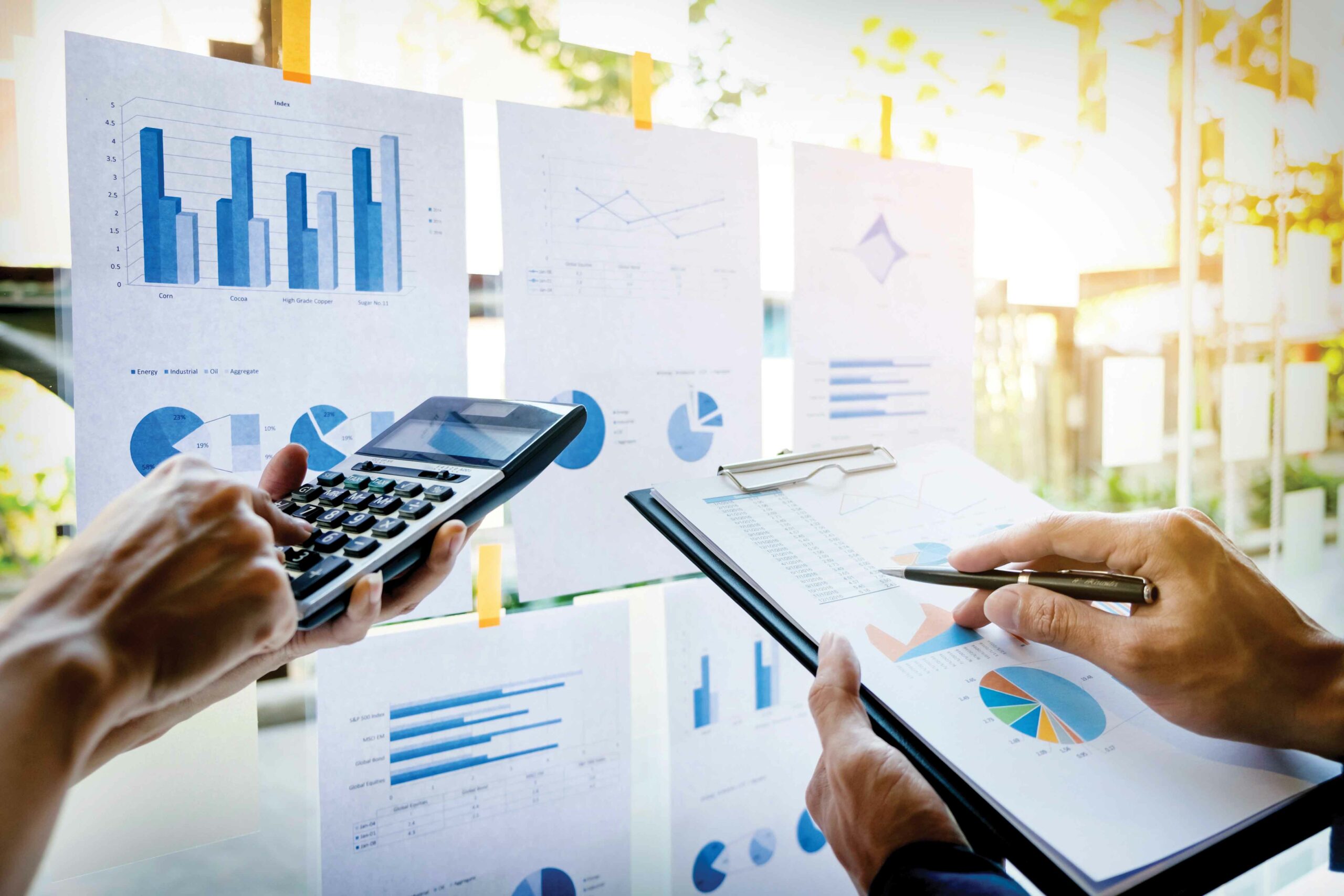 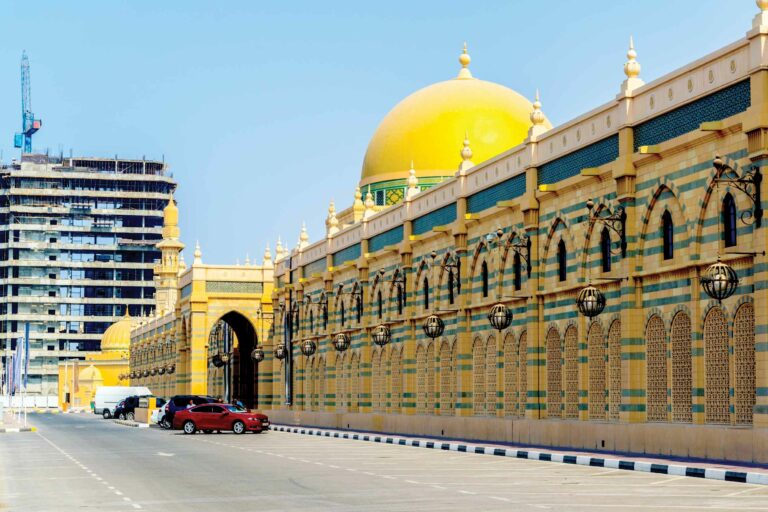 Sharjah’s position as a hub for industry makes it unique among the emirates; home to more than one-third of the UAE’s manufacturing thanks to its stable of free trade zones, […]

Sharjah’s position as a hub for industry makes it unique among the emirates; home to more than one-third of the UAE’s manufacturing thanks to its stable of free trade zones, it is further along the path to the diversified economy that many of the region’s oil-exporting economies are working toward. Yet, as closely linked as it is with the rest of the UAE and the surrounding region, Sharjah is not immune to the larger trends in the area. The fall in oil prices has impacted economic activity, weakening the Emirate’s fiscal position and slowing investment and credit markets. Moving forward, Sharjah will continue to build its industrial base while forging new international connections to generate new sources of FDI.

After posting outstanding growth numbers over the first decade of the 21st century, falling commodity prices and a resulting slowdown have dampened the UAE’s economy. The UAE as a whole posted GDP growth of 3.2% in 2016, and while Sharjah outpaced this slightly with GDP growth of around 4%, this figure was still below the 6% it averaged from 2010-2015. Still, growth is expected to remain around 4% in 2017, according to Moody’s, thanks to strong performance in the non-oil sector. Like the rest of the UAE, Sharjah’s economic slowdown affected the Emirate’s fiscal position. Between 2014 and 2017, Sharjah’s government deficit averaged around 3% of GDP, a marked shift from the 1% it averaged between 2010 and 2013. As a result, total debt rose to about 14% of GDP as of late 2016 and continued to rise into the first few months of 2017. Concern about the Emirate’s debt level and the rate of fiscal consolidation led credit rating agency Standard & Poor’s to lower its Sharjah credit rating from A/A-1 to BBB+/A-2 in February 2017; the agency cited an expected rise in fiscal expenditures as a significant factor in its decision. Still, if economic growth rises at the level the Sharjah government expects, the Emirate should find its economic status much improved. Sharjah’s 2017 budget projects government revenue to rise by 7% YoY, which would go a long way toward reducing the deficit. The government expects revenues to rise due to fiscal consolidation and the 2018 arrival of a UAE-wide value-added tax.

The rest of Sharjah’s 2017 budget reflects the Emirate’s economic priorities and the government’s belief that growth will come through heavy investment. The AED22 billion budget represents a 3% increase in government spending, with much of this coming from a 7% increase in infrastructure spending. Sharjah’s government has long spurred non-oil economic development through public infrastructure investment, and this strategy will continue in the upcoming year. The primary focus for the Emirate’s infrastructure projects is building a framework for a healthy and able citizenship that has the tools to compete in a knowledge-based economy. As part of the Emirate’s infrastructure improvement goals, the Sharjah Electricity and Water Authority (SEWA) approved more than 8,300 projects in the first six months of 2017. Soon after the passage of the new budget, Sharjah’s Department of Public Works also announced USD175 million of waste management infrastructure projects, a USD100 million expansion of one sewage treatment plant, and a USD74 million project that will build a new treatment plant in the city of Kalba. Projects like these, while less glamorous than new construction, are essential to the continued growth of the industrial sector, and the government’s willingness to invest in infrastructure like this is a major part of the Emirate’s reputation as a well-regarded site for business.

The 2017 budget also calls for 41% of public expenditures to be spent on economic development, which spans a wide range of projects that generate sustainable value-added growth. Like many other countries in the region, Sharjah wants to increase the share of its economy that is value-added and knowledge-based; unlike many countries in the region, it is already well along the way to diversifying its portfolio. Sharjah’s economy is more diverse than the UAE as a whole; real estate and business services account for 22% of GDP, with manufacturing (16%) and retail (12%) also making significant contributions from the non-oil sector.
Sharjah’s manufacturing sector accounts for almost one-third of the UAE’s total manufacturing output, thanks to three free trade zones that host more than 13,000 companies. The government’s active recruitment of foreign firms to fill these zones has local and international observers optimistic about the future of the sector; Sharjah’s Industrial Affairs Department has projected that the industrial sector’s contribution to GDP could rise from its current level of 16% of GDP to 25% by 2025. Beyond just giving investors a location, Sharjah’s government has worked to make its free trade zones incubators that can facilitate transfers of ideas across a wide range of enterprises. For example, the Al Saja’a Industrial Oasis (ASIO) is a 14 million sqft center with plots available for industrial production, retail, and mixed-used purposes. Owned and operated by Sharjah Asset Management Holding, the Sharjah government’s investment firm, the AED385 million center was designed to provide an ideal location for different kinds of investment by moving industry from the center of Sharjah to a site with dedicated infrastructure and transport facilities. The center is expected to create up to 21,000 jobs when fully developed, making it one of the pillars of the Emirate’s economy.

Tourism and tourism-related services are also a significant part of the Emirate’s economy. The UAE is a crowded market, but Sharjah has become adept at using its comparative advantages to draw foreign visitors. Designated the Cultural Capital of the Arab World by UNESCO in 1998, Sharjah’s status as a center of Islamic art and culture has given it a unique identity. The Emirate is home to one of the most significant collections of Islamic art in the world held in over 20 museums. 2016 saw 1.8 million guests visit Sharjah hotels, a 17% increase over the previous year, but the Sharjah government has ambitious plans to deepen ties with key Asian markets and thus make tourism an even more significant part of the Emirate’s economy. As part of its Tourism Vision 2021, Sharjah has set the goal of raising annual tourism to 10 million visitors per year by 2021. The Asian market is key to meeting this goal; 2016 saw Asian visitors rise by 12% to trail only the GCC as the largest source market for visitors. To raise awareness of the Emirate’s offerings, Sharjah officials are using preexisting business connections to generate both FDI and new tourism flows. In May 2017, for example, Sharjah’s FDI office participated in the World Forum for Foreign Direct Investment held in Shanghai to promote the Emirate’s offerings. Early returns have been positive; Sharjah hotels saw more than 86,000 Chinese visitors in 2016, an impressive 63% increase over the previous year. In the long term, Sharjah’s Vision 2021 calls for 200,000 Chinese visitors by 2021, an ambitious goal but one that seems more than doable under the current rate of growth and engagement.

Sharjah’s tourism sector is also awaiting the completion of two major projects that link infrastructure development with the cultural heritage the Emirate is known for. The Heart of Sharjah project is the Emirate’s keystone effort; a 15-year restoration project that will restore historic areas of Sharjah and turn them into a hub for cultural tourism. The largest heritage project in the region the Heart of Sharjah is expected to feature a mix of commercial and cultural centers based on the city’s traditional Arab culture that will serve as a tourist attraction and a source of stable commercial activity. Through renovating traditional markets and archaeological sites, Sharjah plans to further carve its own niche in the crowded GCC tourism market and ensure the success of the sector for years to come. The construction is being done in five phases and is expected to be completed in 2025; phases currently underway are focusing on restoring existing buildings and increasing walkability and accessibility.

These international links are also making Sharjah’s transport sector a key part of the Emirate’s economy. Sharjah’s port, historically one of the most important ones in the Gulf, was destroyed by colonists in 1820 but has since grown in importance with the rise of the nation’s industrial output. Strategically located with easy access to key Asian markets, Sharjah’s long-standing relationships with key foreign partners has helped the transport sector become an ever more significant part of its economy. Hamriyah Port, constructed in 1986, is located next to Hamriyah Free Zone, reducing logistical issues and improving the overall efficiency of the industrial zone. Similar setups are in place in the aviation industry. Sharjah International Airport saw a 10% rise in passengers in 2016, with a record 11 million people passing through. The growth comes after heavy investment in increasing airport capacity; in 2014 Sharjah opened a new, AED500-million runway that significantly increased capacity. New daily flights to Mumbai and the expansion of Sharjah-based Air Arabia lines were both also key expansions, with Air Arabia increasing its passenger volume by 14% in the first nine months of 2016. Longer term, the government expects the airport to serve 25 million passengers a year by 2025. More broadly, the growing links reflect the international ties central to the Sharjah economy. The Sharjah FDI office has estimated that the Emirate’s total FDI is expected to reach AED1 billion by the end of 2017, which would represent a 15% YoY increase. International ties have given Sharjah an economic base to be envied in the region, with high levels of foreign investment backing a competitive, industrialized economy with much to offer.