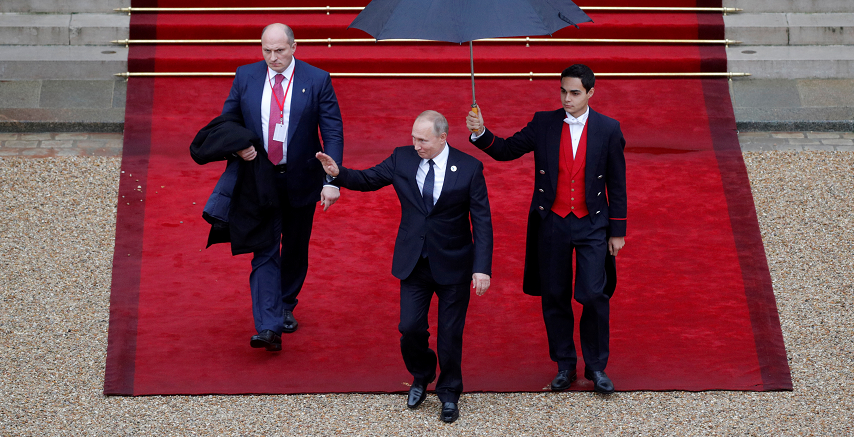 Share on:
Russia is bracing for more sanctions after the midterm elections in the US.

Following the US midterm elections, the Trump administration has announced fresh sanctions against Moscow over its occupation of the Crimean peninsula and its interference in eastern Ukraine.

Ongoing conflict between Russia-backed separatists and the Kiev government has killed over 10,000 people, including 3,000 civilians, with the death toll still growing albeit at a slower pace.

Pro-Kremlin media describe the US Treasury’s latest measures targeted at three individuals and nine organizations as ‘America’s strangest sanctions,’ but the US is still leaving the door open for new strikes in the four-year sanction war. Russia faces so-called ‘chemical’ sanctions in the wake of Skripal poisoning and broad sanctions on investment in Russian energy projects, sovereign debt, and national banks if Congress’s Defending American Security from Kremlin Aggression Act (DASKAA) is passed.

Speaking to the media earlier on Thursday, Russian Ministry of Foreign Affairs spokesperson Maria Zakharova acknowledged the possibility of new sanctions to follow, while warning the US that they will have no effect on the country: “Since 2011, the US has imposed various restrictions and bans on Russia 62 times. New excuses are found with the passage of time. We understand that new sanctions may follow that will be adopted with the same ease and responsibility as before. Naturally, it is impossible to intimidate Russia with ultimatums.”

Russia’s high-ranking officials have shown little concern. Federation Council Senator Oleg Morozov claimed that “nothing essentially new is happening in Crimea,” while Head of the International Committee of the Upper Chamber of Parliament Konstantin Kosachev believes that Russia will react to the latest US sanctions. The country “will mirror [sanctions] politically and will respond selectively economy-wise.” Research Director of Putin-approved Valdai Discussion Club Fyodor Lukyanov noted that anti-Russian sentiment in the US Congress is strong: “Beyond any doubt, new sanctions will be approved,” he noted.

At a news conference held in Beijing on November 7, PM Dmitry Medvedev claimed that Russia had grown accustomed to sanctions and will do just fine: “We have adapted to various restrictions, and they even give us a certain scope for streamlining our economy and creating new economic mechanisms.

This is why nothing critical is going to happen. But all of this is unpleasant and will certainly force us to take certain decisions, if need be, including decisions to shore up certain major companies if they face sanctions. Of course, we will hold out, but it is too bad we have to waste time and effort on this.”

While Russian officials make optimistic statements, the ruble continues to slump against the leading world currencies. The Russian currency closed up 1.1 percent on Friday to RUB68 to the dollar, nearly RUB2 higher than one week ago.

Russia’s leading financial analysts have expressed concerns that the new sanctions will affect Russia’s sovereign debt and banking system, which could negatively affect investor sentiment. Geopolitical pressure on the ruble is growing along with uncertainty around the additional sanctions. For three consecutive weeks the finance ministry has been failing in its attempts to borrow money on the market.

The recent poor performance of the Federal loan bonds (OFZ) is an example of that; out of an expected RUB10 billion, Russia’s finance ministry was only able to raise RUB4.7 billion.

Bracing for new sanctions, Russia’s energy majors are putting pressure on Western oil buyers. Last week Reuters reported that the country’s biggest producers (Gazprom Neft, Surgutneftegaz, and Rosneft), the latter run by Putin’s close ally Igor Sechin and producing over 4 percent of global oil, are trying to introduce new terms to 2019 oil contracts to protect themselves from possible US sanctions.

As Russia continues to adjust to these developments, it is increasingly attempting to settle trade payments in currencies other than the dollar and euro, placing the focus on Asia once again.