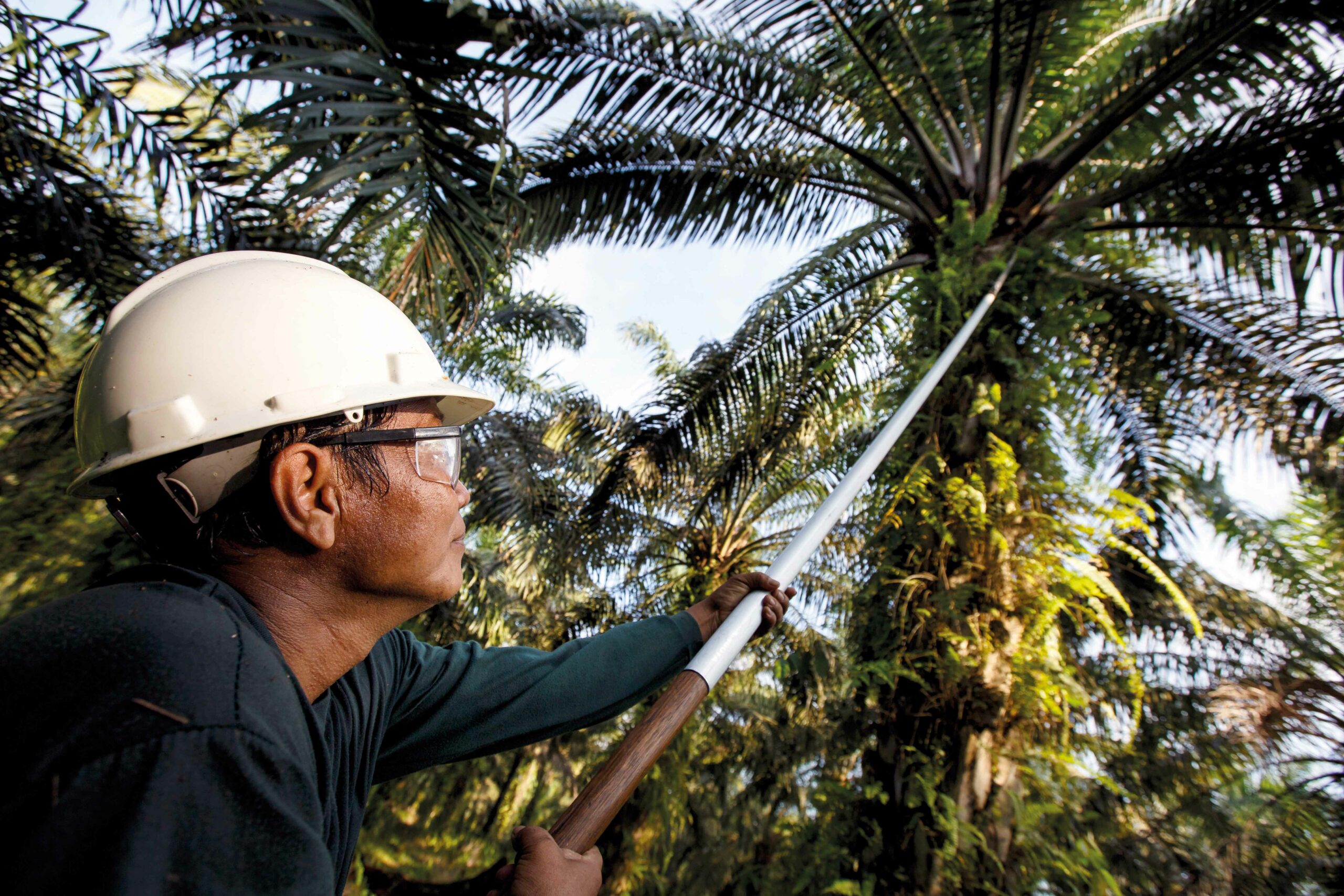 As part of Malaysia’s Economic Transformation Program (ETP) to transform into a high-income country by 2020, the Performance Management and Delivery Unit (PEMANDU) designed the program to highlight National Key Economic Areas (NKEAs). The agricultural subsectors the ETP focuses on are aquaculture, seaweed farming, herbal products, fruits and vegetables, and premium processed food with high-growth potential. Because of the country’s diversifying economy, agriculture is not as prominent in the economy as it used to be. Between 1970 and 2013, the sector’s share in GDP has dropped from 28.8% to 9.33%, with employment falling from 13% of the total workforce in 2007 to 9.3% in 2014. Another major shift in the sector has been the growing prominence of industrial crops, having risen from 2.1% in 1960 to more than 87% of current land use. Malaysia’s major crops are palm oil and rubber, followed by paddy and cocoa production, timber, peppers, fruits, and vegetables.

While Malaysia is a net importer of food—importing $3.58 billion in 2013—the relatively small country exports food products to more than 200 countries. The country’s main exports in 2013 were cocoa and cocoa preparations, reaching a value of $735 million. Other exported products were cereal and cereal preparations at $414 million, dairy product exports valued at $219.94 million, sugar and sugar confectionary reaching $205.33 million, and prepared/preserved vegetables and fruits reaching a value of $132.81 million.

SMEs dominate food production in Malaysia, with the major commodities being fish and fish products, livestock and livestock products, fruits, vegetables, and cocoa. Despite the fact that Malaysia is the largest cocoa processor in Asia and the world’s fifth largest cocoa producer, demand still outweighs local production, with the country importing the majority of the product. As the third largest producer of poultry in the Asia Pacific region, the country is self-sufficient, and the same goes for pork and eggs, while it imports 80% of its beef. Mostly consumed domestically, Malaysia’s main fruit subsector crops are mango, and starfruit, while dragon fruit cultivation has recently gained popularity. Malaysia is the world’s sixth largest exporter of pepper and pepper-related products, and produces other spices such as coriander, turmeric, lemongrass, cinnamon, clove, and fennel.

An EPP lead by the Department of Agriculture aims to exports local premium fruits and vegetables to the Middle East and Europe, as the two regions combined import more than half of the global production of higher quality local fruits and vegetables. Approximately 3,000 farmers have been identified by the Department of Agriculture to manage the integrated supply chain model, gain market access, and export the produce itself. Rockmelon, starfruit, papaya, banana, pineapple, jackfruit, lettuce, tomato, and capsicum have been identified as the target produce.

Malaysia’s halal food industry was recently estimated to have a potential value of between $600 billion and $2.1 trillion, providing immense opportunities for manufacturers. Local producers have established joint ventures with international companies, predominantly from Australia and New Zealand, to supply the ASEAN, MENA, European, and American demand from Muslim markets. Malaysia’s halal certification is internationally recognized, having awarded certification to food companies worldwide including Nestlé SA, which sells halal products across the Middle East.

Since the identification of the agricultural sector as an NKEA, the Herbal Development Division was established within the Ministry of Agriculture and Agro-based Industry in an effort to institutionalized Malaysia’s growing herbal industry. Since the division was established, the first herbal product in the country was able to complete its Ministry of Health-sanctioned clinical trial in December 2014. Another recent development for the herbal sector was the launch of the first first-large scale herbal cultivation park, located in Pasar Raja, Terengganu. The program has designed Entry Point Projects (EPPs) within each NKEA, and there have been several initiatives introduced, including the Priority Research Focus Area (PRFA), which aims to fill the research and development gap in the herbal sector and increase commercialization and the value of herbal products. By improving quality and marketing efforts, the High-Value Herbal Products EPP aims to tap global demand for herbal supplements and remedies by ensuring adequate supply of raw materials and advanced research and development. The goal is for high-value herbal products to contribute $510 million to the country’s GNI by 2020, and create 1,822 jobs. Investments in high-value herbal products are targeted for the upstream and downstream sectors alike; for upstream initiatives, the East Coast Economic Region Development has already been mandated to manage activities and ensure raw material supply. Herbal cultivation parks have been established through the country for production activities.

The Department of Fisheries has launched an EPP to transform the seaweed farming industry into a commercial-scale, high-yielding business. By clustering farms under the seaweed mini-state initiative, total seaweed production is expected to rise from 13,500 metric tons in 2010 to 150,000 metric tons by 2020. The integrated cage farming EPP, also lead by the Department of Fisheries, aims to increase high-value fish production for species such as sea bass, tilapia, grouper, and lobster, to account for 28% of total aquaculture production by 2020. Another EPP led by the Department of Fisheries focuses on improving the production of premium shrimp for export in premium markets. By establishing an Integrated Zone for Aquaculture Models, networks of industrial scale and land-based aquaculture zones will be set up with integrated infrastructure comprised of hatcheries, grow-out areas, a processing plants and feed mills, each managed by an anchor company. The Department of Veterinary Services has also led an EPP with the goal to integrate and rear 300,000 heads of cattle by 2020 in large palm oil plantations.

Malaysia is a natural world market leader in the palm oil industry, accounting for 39% of global production and 44% of the world’s exports—enabled by a staggering 5.2 million ha of plantations nationwide. Since the 1970s, the industry has been driven forward by government initiatives and steadily industrialized, while more recently the focus has turned to downstream products in order to maximize the capacity of the oil extracted from the Fresh Fruit Bunches (FFB). However, this large market share does not mean that Malaysia dictates the value of palm oil. The market wobbled in 4Q2014 as India, the worlds largest importer of palm oil, raised import tax by five percentage points, and in September prices hit a five-year low of $439/ton of crude palm oil.Subsequently, over 4Q2014 and in 1H2015, the industry regulator, Malaysia Palm Oil Board (MPOB), was forced to keep duties off of palm oil exports to ensure supply was maintained, while prices recovered, averaging at $501 in 1H2015. These challenges appear to have been overcome, despite Malaysia’s stockpiles being slightly depleted today, and the Ministry of Plantations and Commodities is still estimating the industry generating $40 billion between 2015 and 2020.Crude Palm Oil (CPO) has become one of Malaysia’s primary exports, and now the focus has shifted toward sustainable management and production of the plantations and palm oil. The natural attributes of the palm have made that process of sustainability somewhat simplified, as essentially every part of the palm can be used in some industrial capacity, and it is estimated that 50% of western supermarket-shelf products contain palm oil. The boost of downstream produce is important to acknowledge, as palm oil by-products include bio-diesel, candles, cosmetics, industrial lubricants, pharmaceuticals, and foodstuffs. However, many of them come through Palm Fatty Acid Distillate (PFAD), a by-product of the extraction of palm oil. The remaining products are oleochemicals (products made from animal or plant fat): the basis is always CPO. That means only biomass and biofuel products do not rely upon the extraction of the oil. Maximizing both the amount and the quality of oil extracted is the key to the entire industry.