Share on:
The Middle East’s first carbon capture facility has been built in the UAE, lowering emission levels while also putting the trapped carbon dioxide into good use.

Carbon, as a chemical element, has been both a blessing and a curse for us humans and the environment. Although the carbon molecule is an absolute necessity for life on earth, the out of control dumping of carbon dioxide in the atmosphere has become a serious threat to all living things over the last few decades.

Many aspects of the modern life generate huge amounts of carbon dioxide as a byproduct of combustion, especially transportation, power generation, and industrial manufacturing. Despite many warnings about the perils of global warming and the adoption of eco-friendly practices by some businesses, the humanity is still far from achieving 100% sustainability.

Hydrocarbon fuels such as gasoline, diesel, and—worst of all—mazut are responsible for a large percentage of carbon-based pollutants in the air. A few energy companies have risen to the occasion to fulfill their social responsibility, by championing carbon reduction in the hydrocarbon sector.
Abu Dhabi National Oil Company (ADNOC), for example, is particularly keen on a cutting-edge technology known as carbon capture, utilization, and storage (CCUS).

Often simply known as “carbon capture,” the technology is mainly used in highly pollutant facilities such as power plants or mega-factories. Carbon capture solutions are designed to trap carbon dioxide and then either inject it into impermeable layers of the earth or compress it into purpose-built containers which are then buried underground for up to millennia.

Back in 2009 ADNOC began a joint venture with the Emirati clean energies company, Masdar, to implement the first carbon capture facility in the Middle East. Al Reyadah carbon capture facility became fully operational in 2018, to trap the carbon dioxide emissions of Emirates Steel Industries in Abu Dhabi. The amount of pollution filtered by the Al Reyadah facility in a year is equivalent to that emitted by some 170,000 cars in the same timespan.

Thanks to the Al Reyadah carbon capture project, 800,000 tonnes of carbon, which would otherwise enter the atmosphere each year, are now safely captured, pressurized, transported through a 40-kilometer-long pipeline, and injected into impermeable layers of the earth at the Rumaitha and Bab oil fields. The injection of the high-pressure carbon dioxide facilitates the extraction of petroleum from the oil wells as a kind of bonus, through a technique known as enhanced oil recovery (EOR).

This particular type of carbon capture, which combines the trapping of carbon dioxide with EOR, is ideal for oil-producing countries. The implementation of similar solutions across Abu Dhabi’s oil-rich neighborhood can slow down global warming while improving oil extraction.

With the UAE becoming a pioneer of the technology in the Middle East, the nation’s oil companies can soon turn into a technology exporter, offering knowledge transfer from the UAE to oil-producing countries which are struggling with air pollution. Almost half of the nations with the highest levels of air pollution also happen to be crude oil exporters.

At the same time, ADNOC is quickly localizing the latest carbon capture technologies by starting joint research and development projects. Following the success of its first ever carbon capture project, ADNOC is on the lookout for further opportunities, hoping to raise the volume of captured carbon in the UAE by as much as 400% before the year 2030.

The ultimate objective is to reduce the UAE’s net carbon dioxide emissions to zero by 2050. After signing an agreement in the early 2022 with France’s TotalEnergies, ADNOC has been working on plans for at least two new high-tech carbon capture facilities.

With the crude prices going up in 2022, the oil-rich nation now had an excellent window of opportunity to invest in state-of-the-art technologies to minimize the oil industry’s emissions. By doing so, ADNOC is showing a high degree of social responsibility, redirecting the hydrocarbon sector’s profits to technologies which will keep pollution in check.

This is in line with the UAE’s ecological commitments. “There is no credible way of reaching global climate goals without seriously advancing and ensuring the widespread adoption of carbon capture and storage,” observes the country’s minister of industry and ADNOC’s Group CEO, Sultan Al Jaber.

Such developments come against a backdrop of high environmental awareness in the UAE. The country is among the top three most eco-friendly economies across the MENA region, upholding more-or-less the same anti-pollution standards which apply in the West.

Net Zero 2050 is the UAE’s most ambitious environmental initiative, which will pave the way for a wave of sustainable solutions in the coming years. The ultimate objective will be turning the UAE into a model state in terms of eco-friendly practices, the UAE’s transition into a hub of sustainable businesses, and making the UAE a better place for the future generations. 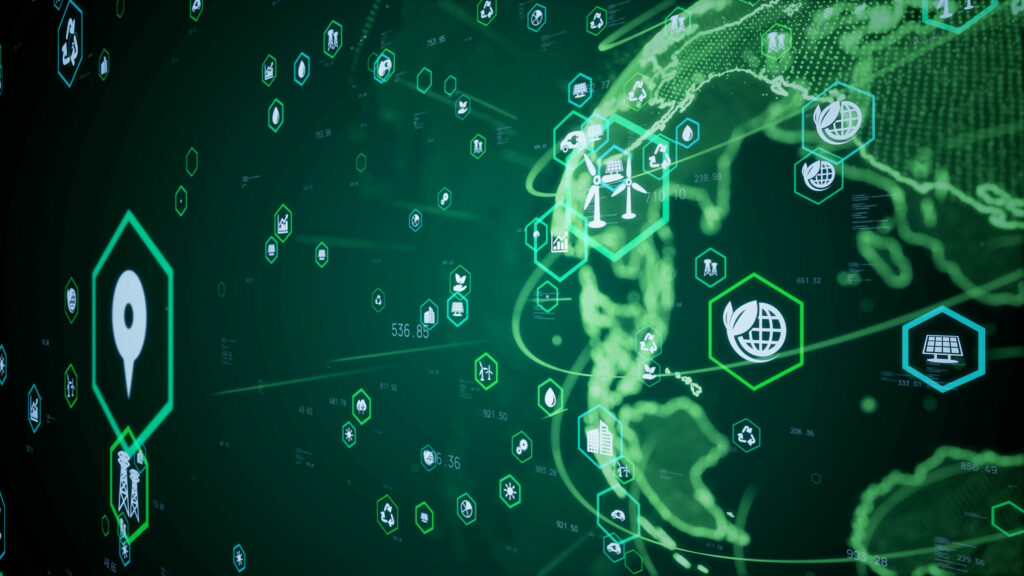