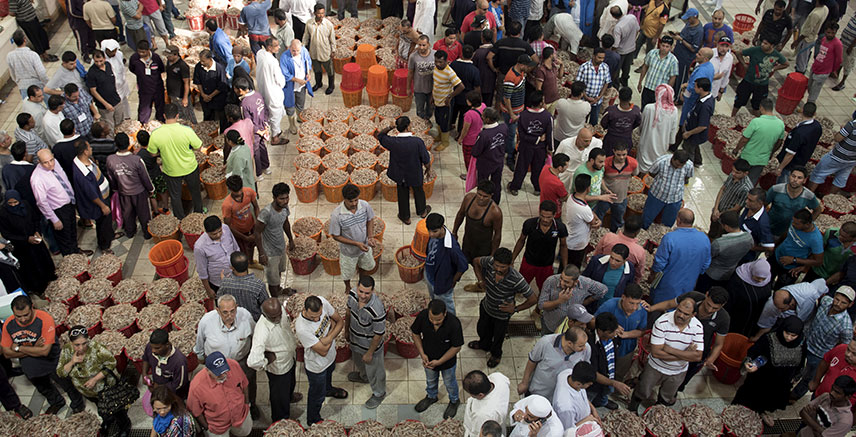 Share on:
While hydrocarbons have been channeled effectively to national development, today's realities will require a rethink on putting too many eggs in one basket.

Kuwait’s economy is facing headwinds that range from the international to the internal. A major oil producer, it has clearly suffered from the price collapse, while domestic politics saw an early election on November 26, 2016 after the Amir, Sheikh Sabah Al-Ahmad Al-Sabah, issued a decree to dissolve parliament in October. Notably, the move had been swift, coming less than a day after parliamentary speaker Marzouk al-Ghanem had called for early elections given the nation’s economic woes. As it turned out, the elections returned more opposition voices in parliament, as voters protested would-be cuts in state benefits. In short, populism butts heads with the need for austerity and a re-jigging of the state sector. Meanwhile, the diversification seen elsewhere in the Gulf has yet to materialize.

Kuwait, fifth among OPEC’s top producers, supported the late 2016 production cut, and was expected to reduce its daily crude output by 131,000 barrels, with output in November of 2.787 million bpd, confirming its commitment to seeking a supply-demand balance. Yet this will likely have only a limited effect globally.

No Deficit of Wake-up Calls

While the oil sector contributes around two-thirds of GDP, it was dented in 2015 by a lingering dispute with Saudi Arabia concerning shared resources, whereby a neutral zone oilfield was closed in mid-2015. More recently, deflated oil prices led to a record USD15.3 billion budget deficit for the 2015-2016 financial year, a first after a staggering 16 years of budget surpluses. And despite revenues shedding 45%, state outlays dropped just 15%, with a yawning USD27 billion gap. And for 2017, a more painful USD31 billion deficit is on the cards. Kuwait’s eye-opening 2016 deficit seems set for a repeat performance in 2017/18, given the top-heavy dependency on hydrocarbons, which also account for over 90% of exports and more than 80% of fiscal receipts. Kuwait’s total exports climbed to KWD3.7 billion in 3Q2016 from KWD3.6 billion a quarter earlier. The country posted a trade surplus of KWD1.422 billion in 3Q2016. Meanwhile, on a longer-term perspective, real GDP is foreseen slowly climbing from 2.1% in 2016 to 3.2% by 2021 on higher consumption and state spending on infrastructure as oil prices firm up somewhat. The reality of a world gradually turning to green energy, too, prompts the need for austerity, albeit at a political price. In fact, moves to curb oil workers’ salaries resulted in a damaging strike in mid-April, which though short-lived, cost the nation 60% of its crude production, which slid to 1.1 million bpd. The problem is that Kuwait has essentially established its economy on the ocean of black discovered in the 1950s. And while it boasts the world’s oldest constant sovereign wealth fund, which has fueled infrastructure development over the decades, as well as plugging last year’s fiscal gap, energy revenue has long delivered 95% of the state budget, albeit declining to a still high 60% over the past two years. The IMF does forecast some medium-term momentum in non-oil growth of around 4% as, ceteris paribus, the projects of the government’s five-year development plan materialize.

Vast hydrocarbon reserves have also had a deleterious effect on Kuwaitis’ employment perceptions. Economic advancement is contingent upon many factors, yet a key component is capacity building and diversified human capital.

Kuwait’s demographics, then, tell a troubling story, where nationals, numbering 1.3 million, constituted just 30.8% of the 2015 population, down from 31.2% in 2014. Official data further shows that of the 2.4 million workers in 2015 just 400,000, or 16.7%, were Kuwaitis. Essentially, locals resist the challenges of participating in the private sector of a diversified economy. This is due to the entrenched belief that public spending on citizens and subsidies for the vast civil service sector can but increase, while economic realities indicate otherwise. Therefore, like many regional states, Kuwait is soul searching over the future of its workforce and edging slowly toward a paradigm shift among citizens to a career in the private sector. The data may be rather old, but the indications are clear that the continued state subsidization of gas, free housing, and interest-free loans, for example, which Kuwaitis have enjoyed, is unsustainable. Total government subsidies had skyrocketed from USD2.6 billion in 2005 to USD11 billion in 2010. And while salaries had all but doubled to USD13 billion over the period, public sector salaries and subsidies had gone interstellar, rising 540% from 2001 to 2011. The IMF notes in cautionary aspect that the public sector accounts for close to half of Kuwait’s total budget.

Nonetheless, on August 12, 2016, S&P affirmed its ‘AA/A-1+’ long- and short-term foreign and local currency sovereign credit ratings for Kuwait with a ‘stable’ outlook. Applauded were the emirate’s substantial accumulated “fiscal, external, and household wealth, despite the low oil price environment.” The caveat, however, was economic concentration, with slack per capita economic growth compounded by geopolitical friction. While again urging diversification beyond hydrocarbons, S&P acknowledged that the Kuwait Investment Authority (KIA) had prudently squirreled away massive assets over the years through savings from oil and gas production, to the tune of around USD500 billion. Note here, too, that by law the government is obliged to transfer a minimum of 10% of its annual revenues to the Reserve Fund for Future Generations (RFFG), which is overseen by the KIA. Thus, oil is seen as having been utilized efficiently, despite shortfalls in developing the broader economy. The Reserve Fund’s approximate 3.5x GDP as at end-2016, has certainly supported the nation’s robust ratings, mitigating against deflated oil prices.

On January 6, 2017, the Executive Board of the IMF concluded its Article IV consultation with Kuwait. Among its findings, it noted that economic activity in the non-oil sector, though modestly, was on the rise due to lower oil prices. Non-hydrocarbon growth decelerated from 5% to roughly 3.5% in 2015, for which Central Bank data is available, as uncertainty curbed consumption, notably in key real sectors such as construction. Notwithstanding an improvement in project implementation under the five-year development plan, available indicators point to a further modest softening in non-oil growth for this year. And without fundamental reform the IMF anticipates a total deficit of USD115 billion through 2022. The IMF recommended that fiscal reforms, “should focus on addressing underlying fiscal vulnerabilities, and be designed so as to minimize any dampening impact on growth.” It stressed, too, that the introduction of VAT and business profit tax and repricing of government services would concretely diversify revenue away from oil. Fiscal reforms should be sure also to mitigate fiscal consolidation applying the brakes on economic activity.

The IMF has recommended leveraging the potential for privatization and incentivizing public-private partnerships to spur productivity and private-sector investment. Such steps should also feature an enhanced business environment, with greater access to land and finance, and slashed administrative procedures and regulations to stimulate competition, notably among the nation’s SMEs. Dr. Bader Othman Malallah is the Director General of the Arab Planning Institute, the remit of which is to foster economic diversification in Arab nations. He explained to TBY how “the primary mission of API is to advance the cause of economic and social development in Arab countries through capacity building, research, institutional support, and consultancy.” The organization’s SMEs Center is the first such regional center catering to Arab economies, and that galvanizes entrepreneurship training and small business development. “In Kuwait,” he continued, “we provide institutional and technical support for the Ministry of Economy, Trade and Industry to assess its training needs, and for the Chamber of Commerce & Industry in the area of SME development.”

There has been some resistance to privatizing large state entities, however, again due to the perceived public repercussions of rocking the boat, seen earlier. As Forbes recently pointed out, Kuwait Airways serves as a convenient example here. Despite its decline from regional leader status, parliament has avoided privatizing one of the country’s largest employers.

It is greatly significant that when the Amir opened the new legislative session in December 2016, he chose to do so with the message that lower oil revenue required higher sacrifices. He was quoted, specifically, as being confident “that the Assembly and all citizens are aware that cutting public spending has become inevitable.” Indeed, the prognosis is promising, as the government is implementing a six-pillar economic reform strategy set to tackle public finances and incentivize the private sector for economic growth from a diversified base. Pragmatic policy has recently seen petrol and utility price reform. In 2016 the prices of kerosene and diesel were raised, followed in October by steeper petrol prices at the pump. Inflation, having floated at around 3%, is likely to reach 3.5% this year as a result of the latter price increase. Furthermore, subsidies on water, electricity, and energy were cut as the government got the message out, if not fully across, to Kuwaitis not to live beyond the state’s means. Yet a clear element of caution is in evidence, as while utility prices rose, this applied only to businesses and foreigners. What’s more, the government has pledged not to introduce individual taxes.

It would appear, when examined broadly, that Kuwait’s economic risks have a downward tendency for the immediate term. Geopolitical friction and the new era of oil prices, not to mention bearish tendencies among once-keen foreign investors, curbed private sector investment in PPPs, and hence growth and competitiveness. This is anathema to any program that genuinely sets out to slash Kuwait’s bloated public sector. Parliamentary roadblocks borne out of populist sentiment, too, may limit public-sector reform. Meanwhile, failure to fully realize infrastructure invesments that would otherwise galvanize diversified economic sectors is also a possibility. All this being said, the fact remains that Kuwait has leveraged oil well. And in its creep toward lesser dependence on it, low production costs and the shock-absorbing nature of a vast sovereign wealth fund will make the ride of economic reformers less turbulent.