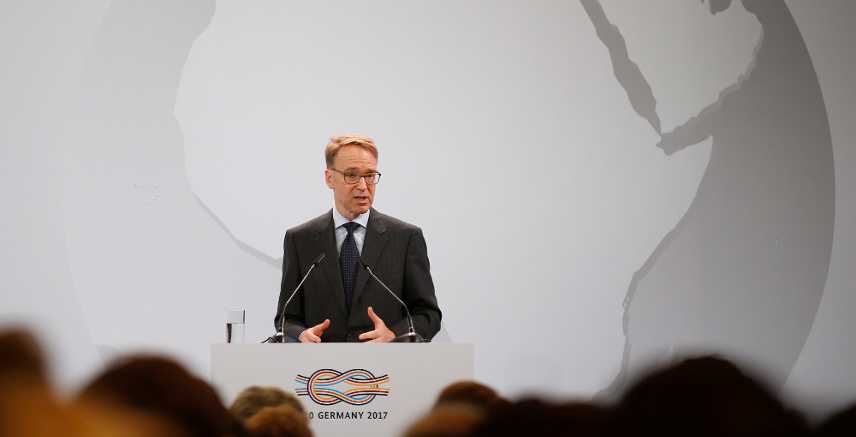 Push for development at Hamburg summit

Share on:
With 60% of Africa’s population still lacking access to electricity, German Chancellor Angela Merkel has pushed through a program dubbed Compact with Africa (CWA) aimed at building infrastructure.

The G20 conference taking place in Hamburg this weekend will focus on several key topics. Germany, which holds the rotating presidency of the group for this year, is targeting tax evasion, environmental issues, and economic protectionism, but is also looking at Africa and its myriad development issues.

The Compact with Africa (CWA) program will attempt to develop Africa’s infrastructure, and supporters have dubbed it the “Marshall Plan for Africa,” referring to the post-second world war financial support program spearheaded by the US for the reconstruction of Europe.

These same supporters look at the initiative as a much-needed program for helping to lift the continent out of poverty.

However, critics point out that infrastructural development by itself does not educate or feed people, and can do little to provide opportunities to the most vulnerable. Over the years many initiatives of this sort have been established by supranational agreements, but these have resulted in limited change to daily life in most nations there.

It is estimated that there is a USD50 billion per year funding gap in the continent, with 60% of the population still lacking access to electricity.

Germany has committed to convincing the G20 partners to put aside USD130 billion per year for investment in African infrastructure, and has adopted a reward and punishment approach toward recipient countries.

Aid, investment, and guidance will be given in return for progress on fiscal reform, transparency initiatives, and the improvement of the business environment.

A pre-summit meeting held in Berlin for the G20-Africa Partnership in mid-June launched the initiative. Representatives from Germany, Africa, the IMF, and the World Bank were present, while Cí´te d’Ivoire, Ghana, Ethiopia, Morocco, Rwanda, Senegal, and Tunisia were the first seven countries to sign up to the initiative.

But for all the promise, the program could be hampered by Africa’s under-representation within the Group of 20. This limits the continent’s ability to push forward its interests and vision for how to develop its own economic market.

Only South Africa holds the status of member country, but it has no clear mandate to represent the interests of the continent. Other representatives will include the African Union (AU), represented by Guinea, and the New Partnership for Africa’s Development (NEPAD), represented by Senegal.

Over the years it has become clear that Africa’s interests have been largely overlooked by international leaders at the G20, but this is not simply due to the lack of member seats.

Arguably it is in the lateral meetings set up through the larger G20 gatherings that real solutions to specific problems are found, and this is where the capacity for influence really lies.

Throughout the 2-day summit, several dozens of such meetings will take place.

African countries have often failed to answer invitations to join these meetings, declining to send representatives that could voice their interests. For all the rhetoric about Africa’s under-representation in such events, it seems the little it has is being under-used.

South Africa has reportedly done a good job in giving feedback to the African Union on the developments that take place at the annual summit, but this falls short of the potential that could be created through increased engagement.

For some countries’ leaders, however, that attitude seems to be changing. In June, Germany announced the signing of partnerships with Tunisia, Cí´te d’Ivoire, and Ghana, committing EUR300 million to a partnership to create a more attractive investment landscape.

German authorities highlighted the reform-oriented policies of all three countries.

While CWA is not the answer to all of Africa’s problems, it represents a welcome shift from the aid paradigm of the past few decades which has produced overwhelmingly dismal results.

Looking forward, transparency and budget reform will translate into roads, bridges, and power plants.
It’s not all, but it’s a start.