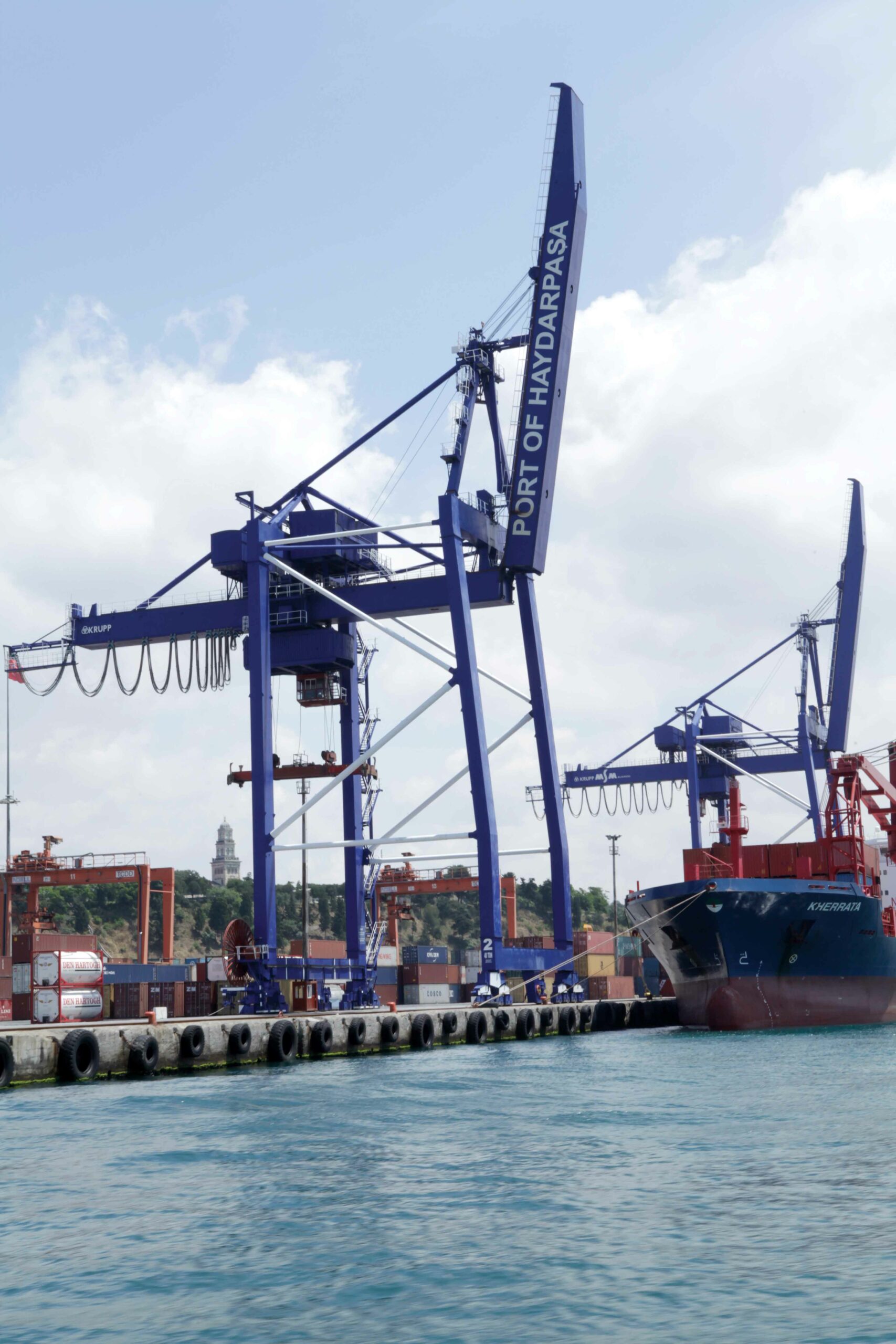 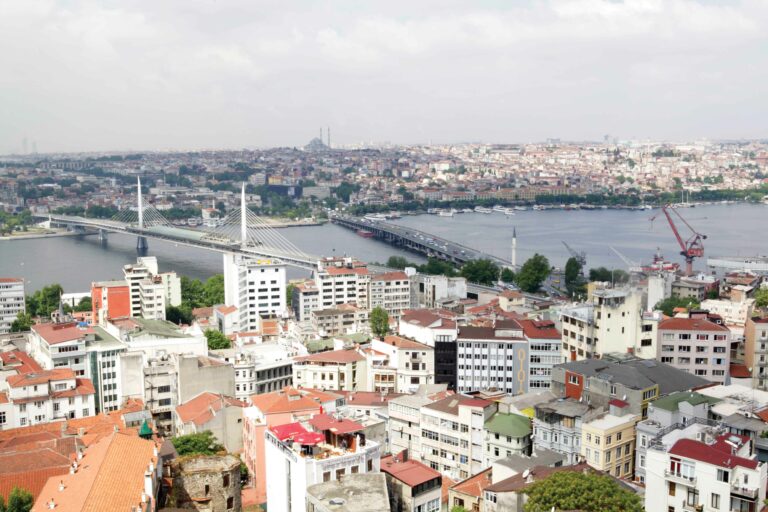 While the private-sector faces financing issues in the current period, government-backed projects, urbanization, and demand for housing is expected to maintain growth in the sector.

The face of Turkey’s rapidly growing economy over the last decade has undoubtedly been its construction industry—marked by eye-catching skyscrapers, megamalls, rising housing complexes, and flagship transportation projects such as new airports, double wide roads, tunnels, and metros. Building activity is defined and driven by the country’s accelerated urbanization and population growth, with 70% of the population residing in urban areas. High profile projects in all major cities, particularly Istanbul, have been the main contributor to the overall construction sector production growing by 3% in 2014 YoY, with a construction turnover increase of 4.6%.

After several years of growth as the so-called “locomotive” of the country’s economic development, 2015 has been a trying year for the construction sector so far. With the drastic devaluation of the lira, contractors have seen their profit margins dwindle. Still, while the private sector may continue to struggle to finance some projects as access to capital grows tight in the current period, government-backed projects, urbanization, and demand for housing is expected to maintain growth in the sector.

The construction sector comprises 5.9% of the country’s total GDP, employing over 2 million, compared to 1 million just ten years ago. The share of the sector in total national employment grew from 5.1% in 2002 to 8.3% in 2014, and 10% in terms of indirect employment. Between 2006 and 2013, the construction sector grew at a CAGR of 19%, reaching TRY201 billion in 2013. Gross fixed investment in the construction sector grew was TRY142 billion in 2013, having grown at a CAGR of 10.1%. The construction and real estate sectors combined have attracted more than $35 billion in FDI between 2004 and 2014, broken down into $29.5 billion from real estate purchases, $2.5 billion from real estate activities, and $3.6 billion from construction specifically. In the 2014-18 Development Plan, the government has committed TRY4.6 billion in gross fixed investment in housing for the four-year period, during which housing need is estimated to be 4.1 million units. In 2014, 138,942 new buildings were added, at a value of TRY175 billion, comprising 219.77 million sqm. The private sector built 93% of last year’s building units, with 5% of new buildings constructed by the public sector, and 2% by construction cooperatives. However, in terms of value, the private sector captured 86% of new buildings in 2014, with the public sector accounting for 12%, and the remaining 2% from construction cooperatives. Construction material prices have increased steadily along with the devaluation of the lira—the cost index for construction materials increased by 12% in 2014 compared to 2013, while the labor cost index increased by 8.75%, according to TurkStat.

For the eights year in a row, Turkey ranked as the country with the second largest number of active construction companies in the world, after China. A list of the world’s 250 largest construction contractors was compiled by the Engineering News Record (ENR), based on contractor revenues gained from projects outside of their home company; the number of Turkish companies on this list rose from 42 to 43 in 2014, while China came first with 65 companies, the US with 32 companies coming in third. Despite uncertainty in the international construction sector amid the global economic prices, performance for Turkish construction companies has showed increasing revenue; The market size of the total 250 international companies declined by 4.1% YoY to $521.6 billion in 2014, while the total revenue for the 43 Turkish companies increased by 43.4% YoY to $29.3 billion in 2014—in other words, the total share of Turkish companies increased from 3.8% in 2013 to 5.6% in 2014. The top 10 Turkish contracting companies on the list are Öztürk, Rönesans, Polimeks, Enka, TAV, Çalık, Tekfen, Ant Yapı, İlk and Yapı Merkezi.

Construction on Istanbul’s third airport is underway, poised to be the largest airport in the world with a total cost expected to reach more $10 billion. The 76.5 million sqm airport was designed by global architect firm Grimshaw in collaboration with Nordic Office of Architecture, Haptic Architects, and local Turkish partners GMW Mimarlik and Tekeli Sisa. The project broke ground in 2014, is made up of four construction phases, and is expected to be completed by 1Q2018.

After planning was put on the back burner since its announcement four years ago, Kanal Istanbul is back on the agenda. The canal is one of Erdoğan’s most ambitious projects—that he himself referred to as “crazy”—and be 43km long and 400m wide, with six bridges along the way, effectively creating an island out of the European side of Istanbul between the inner Marmara Sea and the Black Sea. According to Hurriyet Daily News, the height of buildings built on the canal’s banks will be limited to six stories, which will establish residence for 500,000 potential inhabitants. The Justice and Development Party (AKP) headed Istanbul Metropolitan Municipality is in charge of the project, which will be responsible for building two of the bridges, with the remaining four to be undertaken by the directorate of highways.

The government has also come up with a pioneering solution Istanbul’s major traffic congestion issues, by announcing the world’s first three-level sub-sea tunnel, to be built under the Bosphorus. The tunnel will include both a metro line and dual motorway, at an estimated total cost of $3.5 billion. It will connect the new airport now under construction, and Yavuz Sultan Selim Bridge, the third bridge on Bosphorus which is also under construction. The Yavus Sultan Selim Bridge is to be the third bridge built on the Bosphorus, within the Northern Marmara Motorway Project executed by IC Ictas—Astaldi Consortium. It will be the widest suspension bridge in the world, at a width of 59 meters, and at a height of more than 322 meters. The concept design has been made jointly by structural engineer Michel Virlogeux and the Swiss Company, T-Engineering.

Construction and occupancy permits are issued under the jurisdiction of municipalities, the Environment and City Planning Ministry, and the Mass Housing Authority (TOKİ). In 2014 alone, a total of 219.77 million sqm, or over 1 million units of building permits were issued, representing a 25.1% increase YoY from 175.62 million sqm. However, the number of building permits issued in 1H2015 declined by 23% from 125.119 million sqm in 1H2013 to 89.59 million sqm. 151.31 million sqm of occupancy permits were issued in 2014, a 9.3% increase from 138.47 million on 2013, according to Turkstat. In 2014, there were 5.93 million sqm of completed or partially completed new buildings and additions. The number of houses built by TOKI is executed to reach 1 million by 2012, with 641,000 already built, according to Vision 2023. As part of the vision, 6.5 million buildings are to be renewed, with 100,000 having already be

en identified for renewal, to bring $400 billion of investment. According to Deputy Prime Minister Ali Babacan, to meet the broad construction target of the vision, Turkey will need $700 billion worth of new airports, roads, power plants, rail links, and other infrastructure

As part of the government’s initiatives to promote urban renewal, the VAT on buildings that will replace demolished old buildings has been maintained at 1%, while the VAT on new construction projects was raised from 1% to 18%. E. Mustafa Orman, General Manager of K Yapı says the increase has had a huge impact on their business, and the sector in general; “So we are looking at urban transformation projects as well, such as small single-building projects on the eastern side of Istanbul.” Another trend gaining ground in Turkey’s construction sector are environmentally-friendly buildings and eco technologies. “People want all-purpose, all-encompassing living spaces that increase their quality of life,” said Osman Yıldırım.

President of the Board of Directors of Yıltaş Grup. “These projects need to be environmentally friendly, aesthetically pleasing, and green, and there have to be sports areas and shopping facilities.” In January 2014, the contract was signed for the construction of the first sustainable, green, and energy-efficient public building, to belong to the Ministry of Environment and Urbanization.