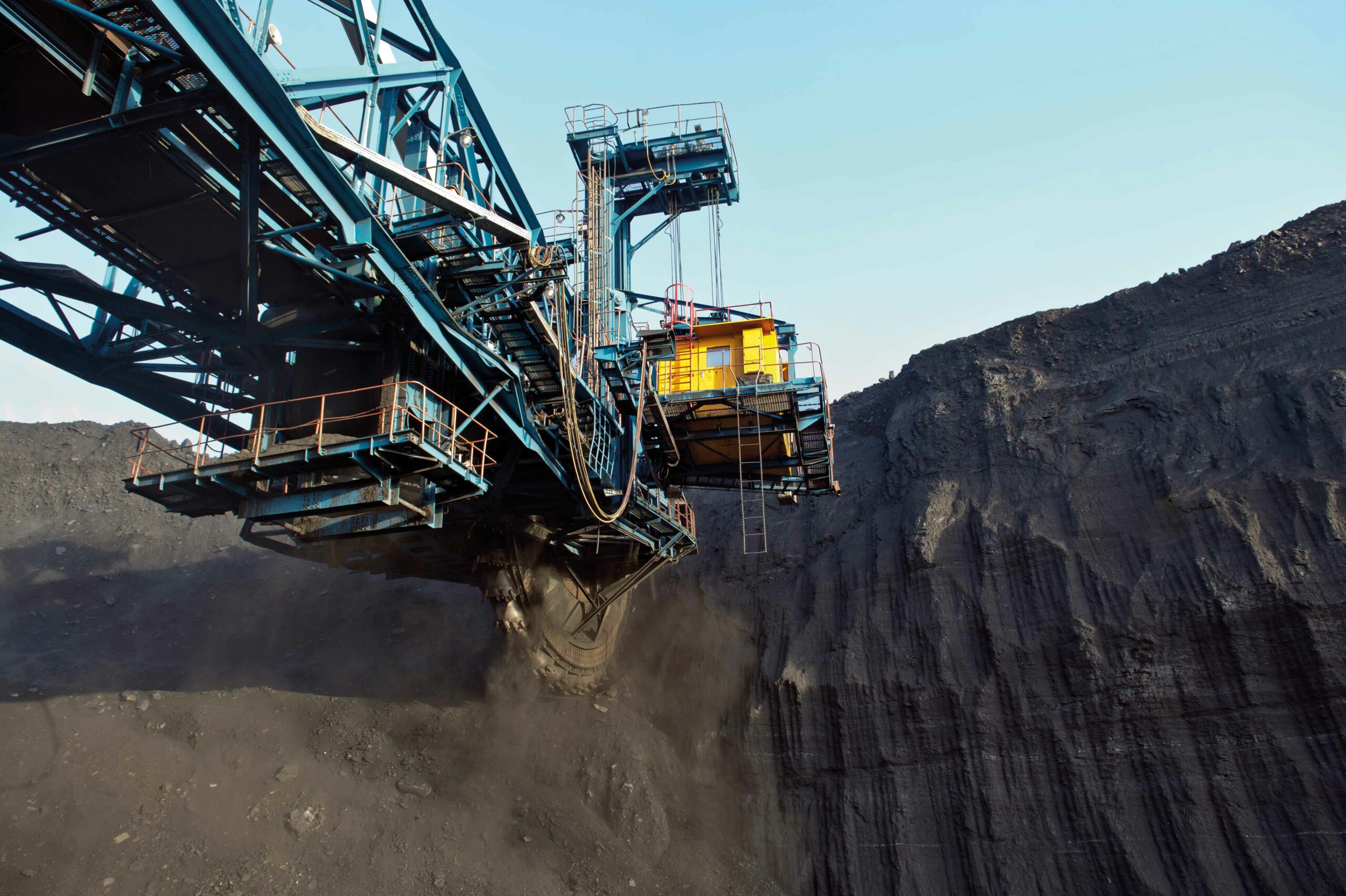 Share on:
Rich in a wide range of fossil fuels, Kazakhstan is an important player in the global energy market and a leader in Central Asia. According to the OECD and the […]

Rich in a wide range of fossil fuels, Kazakhstan is an important player in the global energy market and a leader in Central Asia. According to the OECD and the International Atomic Energy Agency, Kazakhstan is ranked eighth in the world in terms of crude oil resources and 12th for crude oil reserves, while its natural gas reserves put it at 18th. Though declines in oil prices have had somewhat of an impact on the Kazakh market, strong growth indicators remain and diversification across other sectors has limited the economic downside.

Oil is a key fuel source in the country, representing the single-largest source of energy and income for the state. According to KazMunayGas, the state-owned oil company, the country has 172 oil fields, though 15 fields alone account for 90% of the reserves. Geographically, much of the country’s reserves sit in the western part of the state, and they are concentrated in six provinces. The Atyrau province has the largest number of fields, with 75, and boasts the largest reserves with nearly 930 million tons. Within this province the majority of the reserves are concentrated in the Tengiz field, which accounts for more than 780 million tons.

The Mangystau province is not far behind, though, and it boasts more than 70 fields containing 725 million tons of reserves. Additional fields in other provinces are thought to contain as much as 320 million tons of hydrocarbons, and a newly discovered reserve in the Fedorovsky block could have as much as 200 million more tons. Industry experts also expect that sizable, untapped reserves exist in the Kazakh area of the Caspian Sea, and estimates have put the total possible volume at more than 124 billion barrels.

According to the BP Statistical Review of World Energy, Kazakhstan has 30 billion barrels of total proven oil reserves, up substantially from the mid-2000s when the country’s resources had yet to be fully explored. Additionally, Kazakhstan produced an average of 1,669,000 barrels of oil a day in 2015, a slight decrease from 2014 figures. Much of this oil is destined for export, as the country, on average, consumes only 271,000 barrels a day. At the end of 2015, the average refinery throughput in Kazakhstan sat at roughly 337,000 barrels a day, and their total refining capacity was 350,000 barrels a day. According to the Ministry of Energy, Kazakhstan’s three major refining facilities, Atyrau Refinery, PetroKazakhstan Oil Products, and Pavlodar Oil Chemistry Refinery refined 493,959, 864,814, and 1

Kazakhstan’s oil industry was notable for being one of the only areas in the world to enjoy expanded investment in 2016. With prices depressed in the last two years, many firms have been trying to cut spending, but Kazakhstan is so enticing that Chevron just could not resist. In 2016, Chevron approved a nearly USD37 billion expansion in the Tengiz oilfield, the largest investment of the decade. According to The Financial Times, the investment will increase the field’s daily crude production by 260,000 barrels, increasing the field’s overall output by nearly 44%. Set to be completed in 2022, the expansion is a flagship megaproject for Chevron. With additional foreign investment expected in the coming years, Kazakhstan’s oil industry will likely remain an energy leader around the region and across the globe for the foreseeable future.

The largest new asset and former elephant in the room is Kashagan, a mammoth Caspian Sea oil field that has faced a number of embarrassing delays in recent years. Begun in 2000, back in the days of the USD100 barrel, the USD50 billion project finally made its first shipment in October 2016. A major reef structure in the Caspian Sea close to Atyrau City, Kazakhstan’s Kashagan field was identified between 1988-1991 as a result of exploratory seismic work. Between 45 and 75km in circumference, it is estimated to contain more than 4.5 billion tons of oil. It first began producing in 2013, but the discovery of numerous micro-cracks in a pipeline that had emerged as a result of exposure to metal associated gas with high sulfur content brought production to a halt.

With 21 billion tons of anthracite and bituminous coal and 12 billion tons of sub-bituminous and lignite coal, Kazakhstan possess almost 4% of the world’s total proven coal reserves. Measured in millions of tons of oil equivalent, Kazakhstan produced 45.8 million tons of coal in 2015, while the country’s total consumption sat at almost 33 million tons. In total, the country produced around 101 million tons of coal in 2016, according to the Ministry of Energy. While the major consumers of coal domestically are the power sector and the iron and steel industries, the main international customers of Kazakhstan’s coal are Ukraine and Russia. Two major production basins, the Karaganda Basin and the Ekibastuz Basin, account for a large portion of the country’s more than 400 separate coal deposits. According to the World Energy Council, the Karaganda is mainly occupied with producing coking coal, while the Ekibastuz produces coal destined for the nation’s power generation sector.

With extensive reserves of high-quality coal, the Kazakh coal industry has attracted sizable interest from investors across the world. According to the trade publication World Coal, China and India have taken sizable steps towards increasing the flow of Kazakh coal to their respective countries. After signing energy deals worth USD1.5 billion in 2015, the Kazakhstani and Chinese governments are moving forward on a series of energy initiatives, which include a new coal processing facility. Further investment is expected to come from ArcelorMittal, the world’s leading steel company, which is looking for new sources of coal for its facilities in Ukraine.

While natural gas plays an important role in Kazakhstan’s energy resources, accounting for around 10% of energy consumption in Kazakhstan, according to the World Energy Council, it is still not as important as oil and coal. According to BP, Kazakhstan has 900 billion cubic meters of proven natural gas reserves. In 2015, the country produced roughly 12.4 billion cubic meters of natural gas, representing a slight uptick from the previous years production figures. Generally, production figures have been trending upward since 2008, and analysts are excited by the country’s future gas prospects. Consumption has also been trending upward, and in 2015 Kazakhstan consumed 8.6 billion cubic meters of gas, almost 13% more than 2014 and twice as much as in 2010.

Kazakhstan is also a major avenue for the international gas trade, and it hosts a number of key pipelines. According to the Ministry of Energy, Kazakhstan’s three major international pipelines transported a little over 65 million cubic meters of gas in the first 10 months of 2015. Nearly two-thirds of that volume was made up of Russian gas, and Russia is a key energy partner of the country. The remaining volume is largely composed of gas moving from Central Asia to China.

For years, Kazakhstan has been at the forefront of renewable energy experimentation and implementation. According to the OECD, in 2012 Kazakhstan’s total greenhouse gas emissions were an impressive 20% less than their emissions in 1990. While the energy sector was the main culprit for the gases emitted—nearly 85% of greenhouse gas emissions originated in the energy sector—it is this sector that has been taking some of the most important strides toward sustainability and reduced environmental impact. Green energy and climate protection are vital aspects of the country’s plans for the future.

Additionally, Kazakhstan has joined the long list of signatories to the OECD’s 2009 Declaration on Green Growth. This has meant that Kazakhstan has focused on economic development that strives to ensure Kazakhstan’s natural resources and heritage are maintained and protected. The OECD has laid out a comprehensive set of principles and guidelines aimed at responsibly and sustainably boosting productivity and investor confidence, developing new markets and mitigating possibly negative ramifications from excessive or poorly planned growth, and Kazakhstan has taken important steps toward realizing these changes.
In an exclusive interview with TBY, Zhomart Mominbayev, General Director of Samruk Green Energy, explained the current state of Kazakhstan’s renewable energy market and the country’s ambitious plans for renewables. “There are almost 50 players in the market right now, most of them being small hydro plants,“ said Mominbayev. Though two large facilities, Burnoye Solar power plant with 50MW capacity and First Wind power plant with 45MW, currently produce the majority of renewable energy in the country, there are plans for diversification and expansion across the market. Mominbayev said, “The plan is for this total figure to grow, and by 2020 the generated amount from renewable energy should be at least 3% of the total consumption of energy. Right now it is less than 1%. By 2030 consumption of renewable energy should reach 10% and by 2050, 50%.“ Should Kazakhstan achieve these high benchmarks, it will be a regional leader in green energy production. Sizable gains have already been made, and since 2012 the volume of electricity generated through renewables has nearly doubled, growing from 450 million kWh to 800 million kWh in 2016.

Hydroelectricity is another important part of Kazakhstan’s green energy portfolio, and, in terms of oil energy equivalence, hydroelectricity accounted for 1.8 million tons of consumption in 2015.

The upcoming Astana Expo-2017 is expected to be the perfect venue for highlighting and further developing the nation’s renewable energies. In an interview with ArmenPress, Rapil Zhoshybayev, the General Commissioner for the event, explained the importance of the Expo’s “Future Energy“ exhibition. “All understand that one day all traditional sources of energy are going to be consumed,“ said Zhoshybayev. “ ‘Future Energy’ will be held in three main directions: reduction of emissions, energy for all…and the third is energy efficiency.“ Stakeholders across Kazakhstan understand the vital importance of green energy, and they are trying to position themselves as leaders in what they see as a coming revolution.