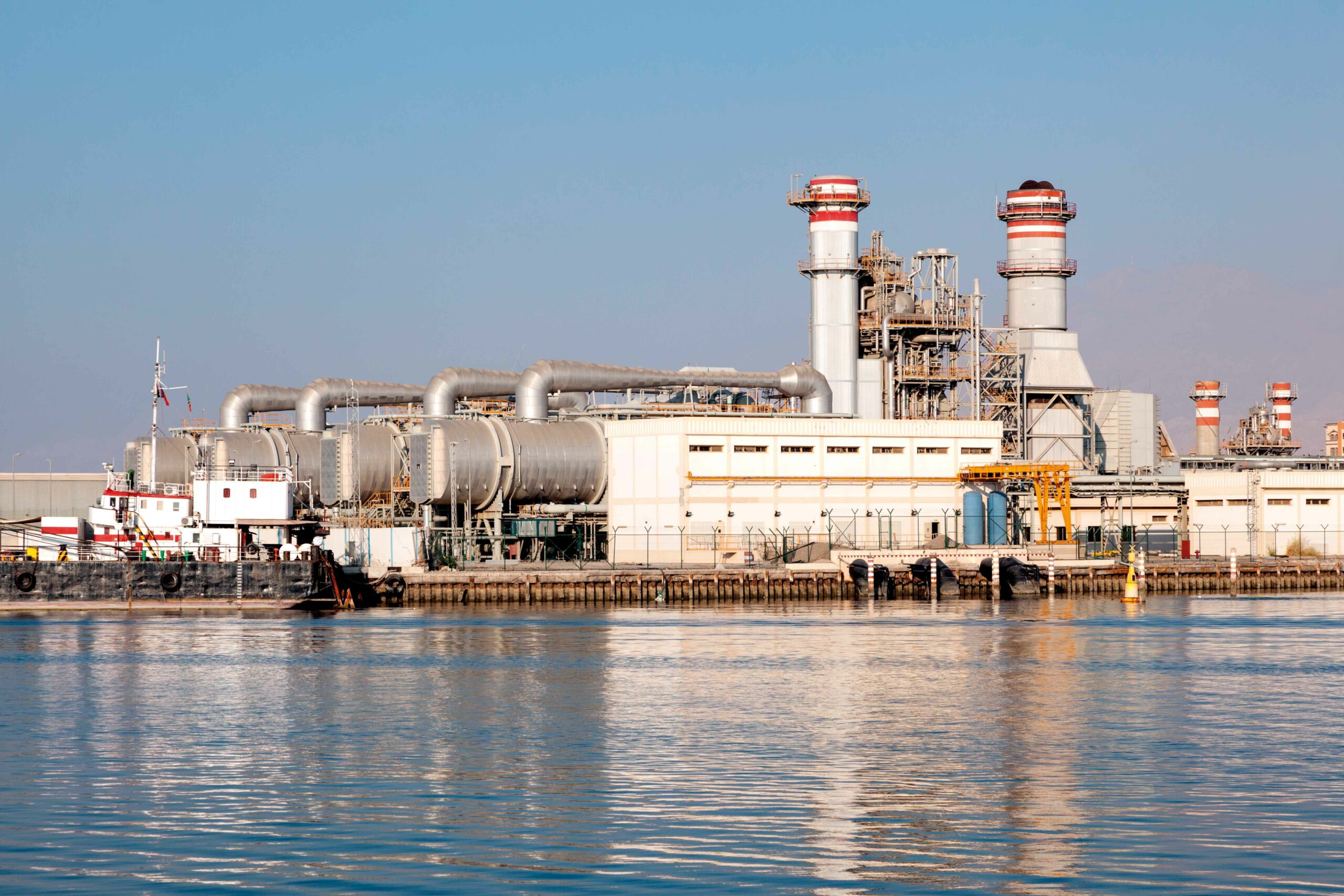 From Black Gold To Green Gold

Share on:
Though Ras Al Khaimah has important interests in traditional hydrocarbon and electricity production technology, the Emirate is turning more and more toward renewables, particularly solar, as it tries to tackle its short- and long-term energy needs.

Established in 1984 through Emiri Decree, RAK Gas is a government-owned oil and gas producer that has operations on both the upstream and downstream side of the industry. On the upstream side, the company has a number of domestic and international sites that are in various stages of production and exploration. In an exclusive interview with TBY, Nishant Dighe, CEO of RAK Gas, explained his view on exploration and its importance to RAK’s energy needs, noting that “the challenge is to find more gas and hydrocarbons in Ras Al Khaimah,” so the Emirate can be more energy independent. The discovery and development of new resources is key, according to Dighe. “We recently acquired a full tensor gravity (FTG) survey… and that will be beneficial in helping us explore for new hydrocarbons,” said Dighe. “I believe there is a lot more gas to find in Ras Al Khaimah, and exploring for it is an attractive proposition, because we already have the facilities to process any gas that is found and the downstream customers who will buy and consume it.”

While the Saleh field is the only producing field within the Emirate, the company is surveying and exploring six other sites, four of which are offshore and two of which are onshore. RAK Gas also has in its portfolio a number international exploration sites, including blocks in Egypt, Malawi, Somaliland, and the Zanzibar Archipelago. According to the company, the blocks in Malawi, Somaliland, and the Zanzibar Archipelago are in the seismic surveying stage, while its blocks in Egypt are undergoing exploratory drilling.

On the downstream side of the gas industry, RAK Gas has extensive production infrastructure and experience. The state-of-the-art Khor Khwair processing plant utilizes a two-train generation system and is able to process roughly 150 million standard cubic feet (mscfd) of gas every day. The plant produces gas, LPG, and condensate and draws raw materials from two fields, only one of which, the offshore Saleh field, is located within the Emirate.

Though the Khor Khwair field has a large processing capacity, consistent supply issues have kept the plant from producing at full capacity. Moreover, the Bukha and West Bukha fields, located offshore of Omani Musandam, stopped processing in the Khor Khwair plant in January 2016. This was the result of the Omanis switching production to their new facilities in Musandam. In order to address these shortfalls, the plant buys gas from Qatar, though officials from the company wish to see more domestically produced gas making its way through the system. In order to fill current demand, the Emirate has turned to foreign sources, importing gas from Qatar and elsewhere. In October of 2016, Dolphin Energy and Qatar Petroleum signed a deal with UAE, agreeing to supply natural gas to both RAK and Sharjah. The imported gas is expected to be directed mostly toward electricity production

In a bid to reduce overloads and outages, the Federal Electricity and Water Authority (FEWA) has been overhauling its grid system across the UAE, and Ras Al Khaimah has benefited immensely. One of just a number of improvements, FEWA recently opened a substation to serve the Ghalila area. Costing approximately AED27.2 million, the substation has a capacity of 75MVA and is intended to ease the pressure on the existing infrastructure while also preparing the grid for expected industrial and residential developments. Another AED36 million and AED54.4 million was spent to open similarly sized plants in Al Rams and Al Dheit, and officials expect to construct nine more substations in coming years, according to FEWA.

Major energy industry players are being drawn to Ras Al Khaimah for its strategic location. Firms that capture energy resources in other nations are recognizing the advantages the Emirate’s transportation infrastructure and proximity to global markets brings, and they are using Ras Al Khaimah’s excellent services to expand their business.

With annual water and electricity demand expected to grow by between 5 and 6% in the coming years, officials in Ras Al Khaimah are thinking outside the box. As the Emirate continues to develop a plan of action for its energy future, private enterprise is coming more and more to the fore. The private utilities firm Utico is among the most important of these enterprises, and the utilities service provider is in the process of constructing a new USD195.7 million state-of-the-art desalination project that will reduce energy consumption while also bringing jobs to the region. The project is a joint venture between Utico and the Spanish firm Grupo Cobra, with ownership split 60-40. Industry experts, government officials and company managers are excited about the game-changing private nature of this endeavor. With the completion of this 22 million gallon a day plant, Utico’s daily capacity will approach 65 million gallons. TBY recently sat down with Richard Menezes, Vice Chairman & Managing Director of Utico, to discuss Utico’s contribution to utilities service in Ras Al Khaimah, and Menzes was confident that this project would help establish a new energy and utility paradigm in the UAE and the region. “This project has set a benchmark not only for the UAE but worldwide,” said Menzes. “This model is here to stay and it will help governments to develop their water and power sectors in a different manner.” Creative solutions that rely on a mix of publicly and privately funded projects are likely to be the key to bringing affordable and reliable utilities to Ras Al Khaimah.

Utico has also received approval to construct a clean coal power plant in the emirate. The 300MW plant, which will incorporate cutting edge renewable and green technology, has been postponed a number of times, but is now expected to be completed by 2019, according to the The National. There has also been talk of constructing two solar powered plants with generation capacity of 120MW and 24MW, respectively, according to Gulf News.

As Ras Al Khaimah continues to ensure its energy resources are bringing growth and development to the Emirate, it is simultaneously ensuring that they are being captured and utilized in an environmentally responsible way. In an exclusive interview with TBY, Dr. Saif M. Al Ghais, Executive Director of the Environment Protection & Development Authority (EPDA), explained that the main challenge for the regulatory body is “educating the people about the importance of environmental protection, especially in conservation, the use of resources, and the protection of the ecosystem.”

Leading by example, the Emirate has been unveiling new energy-saving initiatives aimed at cutting waste in a number of venues. According to the Khaleej Times, Ras Al Khaimah’s public works department has recently announced its intention to replace lighting along major thoroughfares and public spaces with efficient, low-carbon footprint LEDs. This project aims at reducing power usage and waste in the emirate and is one of a number of projects focused on turning RAK in a regional leader in sustainability. Additionally, the lights will be dark sky compliant, a classification that means they direct their light in the most effective way possible, thereby reducing light pollution. As the upgrade in lighting also comes with a high-tech monitoring system, the Emirate’s lighting infrastructure can be monitored in real-time, further augmenting the system’s overall efficiency.

Taking a page out of the government’s book, the American University of Ras Al Khaimah (AURAK) is beginning a program focused on designing and constructing net-zero energy homes. The homes, which will conform to cultural housing standards and satisfy certain geographic and climatic design requirements, will be connected to the emirate’s energy grid. While the sun is shining, the homes will generate energy, covering their consumption needs and putting excess back into the grid. By designing and constructing homes that utilize renewables to both provide their own energy and generate usable excess, the university and its students hope to contribute to Ras Al Khaimah’s energy independence and further common dream of widespread and affordable green technology.

Additionally, the RAK Research and Innovation Center (RAKRIC) has recently begun operating under the auspices of AURAK, and the relationship is already proving to be a fruitful one. RAKRIC is involved in a number of projects occupied with developing new green technologies and increasing the efficiency of the energy grid, including the largest solar island in the world, a project that, among other things, aims to determine how to most effectively capture solar radiation as the sun tracks across the sky; solar cooling projects aimed at transitioning cooling technologies, which account for 70% of all electrical power consumption in the UAE, to solar power; joining solar and desalination technologies to make water capture more efficient and sustainable; a green construction program that aims to develop more environmentally friendly materials and practices; and polygeneration platforms that heat, cool, and generate electricity simultaneously, among many others.

The governments of Ras Al Khaimah and the UAE are hoping that these innovations will play an integral role in achieving its stated goal of 15% emissions reduction by 2021, and the administration of RAKRIC is confident it can play its part. In an exclusive interview with TBY, Professor Mousa Mohsen, Director of the RAKRIC, discussed Ras Al Khaimah’s energy savings goals, noting that “the CO2 emissions strategy is valid and it can be achieved,” and that RAKRIC “can take part in this by providing different sustainable solutions.” Innovation in clean and sustainable practices is not just the prerogative of renewable energy either; AURAK recently hosted a conference titled “The Role of Innovation in Sustainability of Petroleum and Petrochemical Industries,” illustrating that even this traditionally dirty industry is making efforts to clean up its act. As the Gulf region and the world continue to turn more and more toward renewable energies and green living, Ras Al Khaimah and its educational institutions are taking steps to establish the Emirate as a truly global leader.