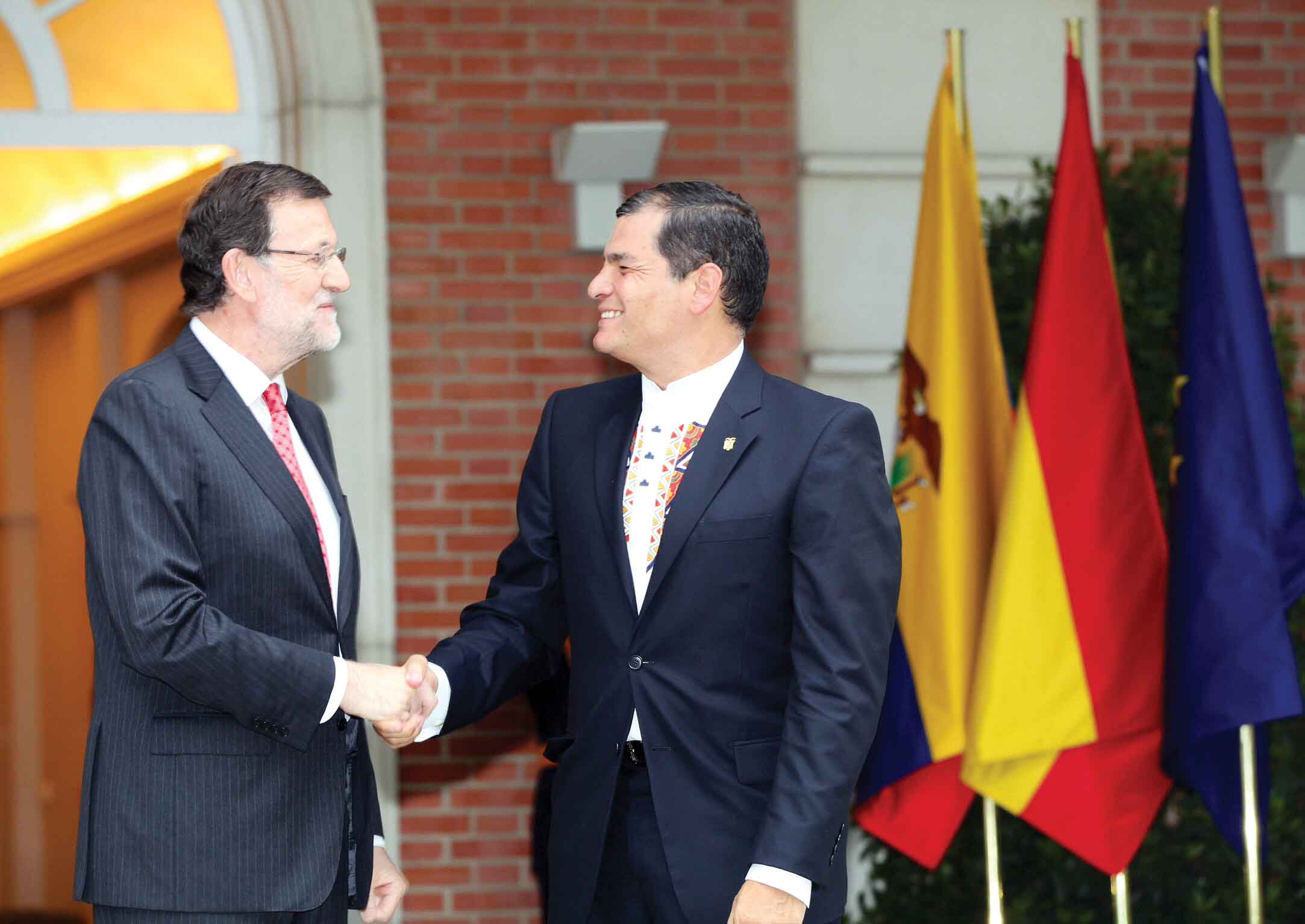 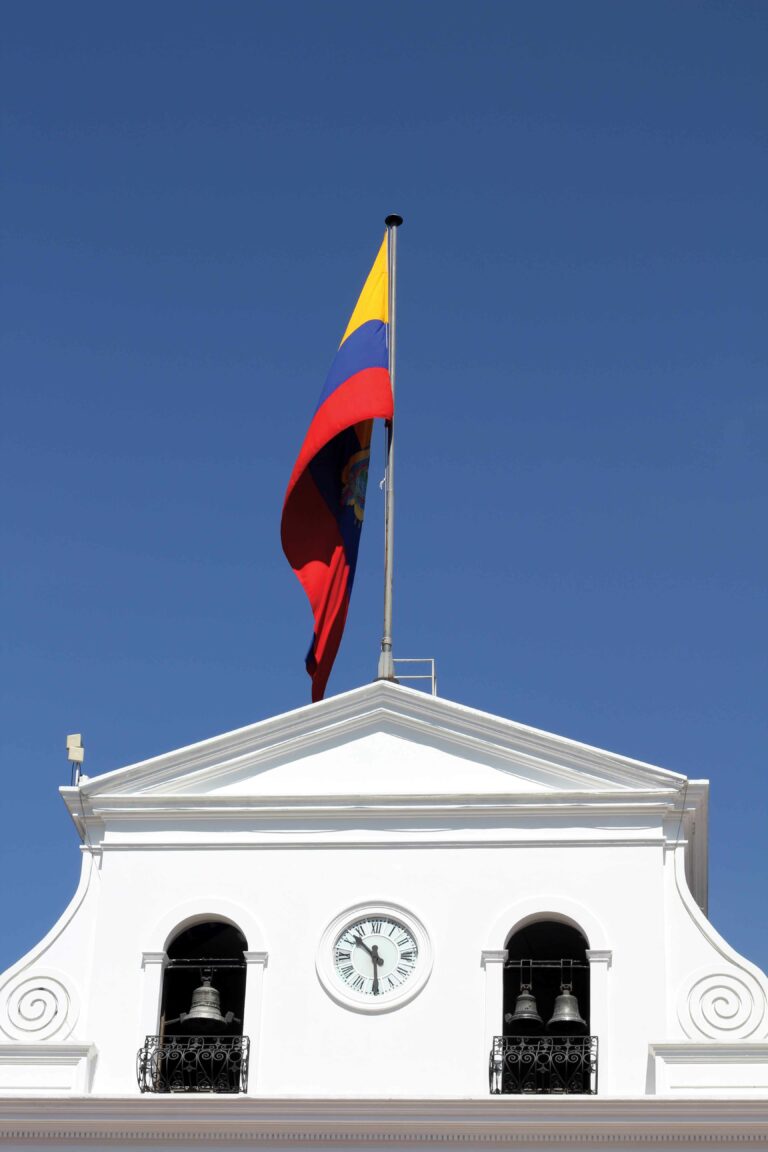 President Correa's administration has established the country as a reliable partner and promoter of fair play and universal human rights.

While the ongoing saga of Julian Assange has pushed Ecuador’s diplomatic mission to the forefront—and certainly generated it’s share of Google searches—this development is the product of principles that reach back decades that have established the country as a reliable partner and promoter of fair play and universal human rights. And while President Correa is quick to challenge unipolarity and US hegemony in general, the diplomatic reality is far more nuanced and, frankly, conciliatory even with the US, its primary market for exports as well as Ecuador’s largest supplier of imports.

Ecuador’s political and economic leaders are increasingly looking west towards Pacific economies and organizations. Although Ecuador and Korea established diplomatic relationships more than half a century ago, it was during the last decade that the two countries really ramped up their cooperation. In this time period, the two countries have collaborated on what Park Sang-hoon, the Korean Ministry of Foreign Affairs’ director general for Latin American and Caribbean Affairs, called an “experimental dimension,” that saw bilateral trade triple over the last 10 years to reach $1.2 billion in 2014.

As Ecuador pursues an ambitious technological domestic policy, Korean firms are at the forefront, with Korean construction firms building a photovoltaic power plant on the Galapagos Islands, which will contribute to conservation of the pristine chain of islands.

Starting in 2007, the EU started negotiations for a trade agreement with the Andean Community (Bolivia, Colombia, Ecuador, and Peru). Although the talks initially stalled in 2008, they continued in 2009 with Colombia, Ecuador, and Peru, although Ecuador dropped out of negotiations later that year. An agreement was reach with Colombia and Peru in March 2010 and signed in June 2012. Ecuador returned to the negotiating table in January 2014 and an agreement was reached in July of that same year.

The agreement opens up the EU market for Ecuador’s exports such as fish products, bananas, cut flowers, cocoa, coffee, fruits, and nuts. The terms of the new arrangement go beyond the unilateral EU Generalized Scheme of Preferences, which is now defunct. The agreement will also open the Ecuadorian market for key EU exports. Ecuador lacks a strong local automotive sector, and alcoholic beverages are another commodity where imports are rising fast. Not only will this agreement secure access to markets, it will also create a stable and predictable environment that will increase and diversify trade and investment on both sides of the Atlantic.

After a 15-year hiatus, Ecuador rejoined OPEC in 2007, tying its economic clout to one of the most important trade groups in the world. The country left the organization over high membership fees and, more importantly, a production quota that kept output below capacity, and economic development far behind that in Gulf countries. Along with Venezuela, Ecuador has extended the geopolitical reach of the organization into the Western Hemisphere, and amplified the impact of the organization.

In June 2015, Ecuador’s state oil company signed a crude-oil supply agreement with Thailand’s state-run PTT that included a $2.5 billion up-front payment, according to a statement from Petroecuador. Ecuador signed similar contracts with China, with a price tag of $5.5 billion that ran between 2009 and 2014. China in particular has made significant economic inroads into Ecuador, which have increased interdependence between the two economies. And while increasing inroads into the world’s second largest economy has injected liquidity into the national market, to say nothing of the energy sector a slowing of the Chinese economy is a timely reminder that diversification is critical.

This decline is especially pressing because oil revenues have largely funded Correa’s policies over the last decade. Correa’s willingness to pump money into social spending has underpinned his popularity, and bolstered his claim of an alternative to neoliberal austerity. President Correa has led an activist state in his efforts to reduce inequality and ensure that national policy is decided by internal realities, rather than external neoliberal interests. His government has pumped money into every corner of the country, a policy that has been met enthusiastically by rural voters, slum residents, and others who were ignored in the past. The president has plowed oil revenue into new schools, health clinics, and infrastructure projects, creating an almost entirely new highway system, while cutting the poverty rate from 37% to 27% in the first five years of his presidency, according to official data

However, the next years will put this strategy to the test, as oil slips to 40% lower than the $79.70 per barrel price on which the national budget is predicated. In an effort to prop up spending, Ecuador sold the world’s most expensive bond in 13 years, with an interest rate of 10.5%. Only six years ago, the country defaulted on the nation’s 10% notes. Meanwhile, tax hikes and spending cuts are meeting with stiff political opposition.

In 1831, the Republic of Ecuador was founded from the rubble of the short-lived post-colonial Gran Colombia. Following 15 years of infighting, the union dissolved into states that eventually took the shape of Colombia, Ecuador, Venezuela, and Panama. One immediate complication of this dissolution was an ongoing border dispute with Peru, which at the time was still under Spanish rule.

The early 20th century saw the country open up both economically and socially. Following a flare up during the Second World War, a framework was finally established for peace with Peru that was only fully resolved in the late 1990s.

This division of power is outlined in the 2008 constitution. The legislative branch, know as the National Assembly, is a unicameral parliament based in Quito. There are 15 national representatives two for each province as well as an addition member for each 150,000 citizens per area. The assembly is comprised of 124 deputies that are affiliated with 10 commissions, who serve for four years. During the 2013 national elections, President Correa’s Movimiento Alianza (AP) cleared 52.31% of the vote, enough to establish a firm majority, which cleared the way for a streamlined lawmaking process.

And while Correa’s AP continues to garner popular support, opposition parties remain strong contenders. In 2014, voters handed victory to opposition candidates in regional elections. In the capital, a centrist candidate, Mauricio Rodas beat the incumbent AP mayor, Augusto Barrera. Similar results played out in Guayaquil, the country’s largest city, and several other major cities like Cuenca and Santo Domingo de los Tsátchilas. And while these results changed the local power outlay, they also spoke to a healthy democracy and undercut claims by Correa’s detractors.