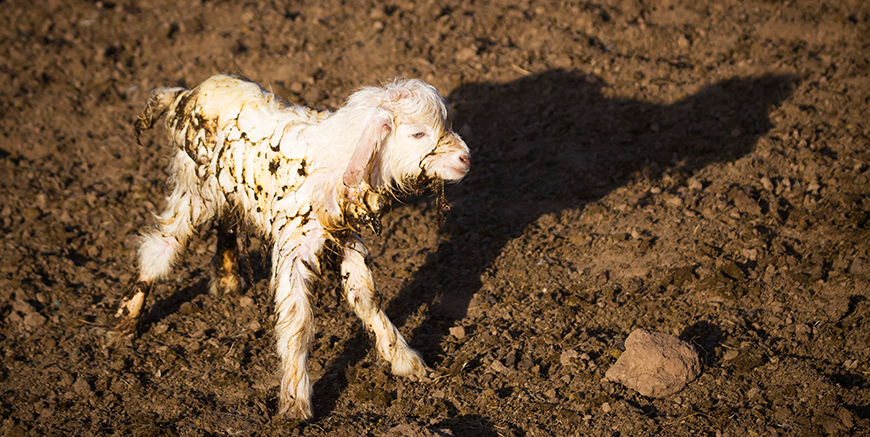 Share on:
Through the One Belt One Road initiative, China is looking to the Caucasus and Central Asia for new ways to feed its population.

With the world’s largest population, China has its work cut out for itself finding a way to feed its people. Rising living standards in mainland China have given rise to demand for foreign products, previously too expensive for Chinese consumers.

With the gradual opening up of its economy since 2001, most notably through the One Belt One Road (OBOR) initiative spearheaded by president Xi Jinping in 2013, the great Asian dragon now has cheaper and more diverse alternatives for sourcing the products it is not capable of producing competitively on its own.

One region of particular interest to China is Central Asia. With the likes of Azerbaijan, Kazakhstan, Kyrgyzstan, and Uzbekistan smack in the middle of its overland trade routes to Europe, MOUs, million-dollar contracts, and skyrocketing trade in the agricultural sector have flourished in recent months.

As always when it comes to China, the volumes are gargantuan. According to the Chinese minister of Agriculture, in the first five months of 2017, wheat imports, for instance, grew by 67.3% year-on-year, to 2.2 million metric tons. Soybean imports increased by 20%, to 37 million tons, while beef imports grew by 14%.

China’s comparatively higher production costs for the majority of agricultural products means it is, for now, more economical to source these products elsewhere, rather than to try to develop internal production, particularly in light of the free trade agreements it has been signing with its OBOR partners.

This represents a considerable opportunity for countries in Central Asia. Many of these economies are diversifying away from an over-reliance on oil and gas, and attempting to establish trade relationships beyond the former USSR.

The results are already clearly visible. In the first semester of 2017, the weight of fruit and vegetable exports of Azerbaijani origin grew by 62%, primarily driven by Chinese demand. Just this week, the Azerbaijan Export and Investment Promotion Foundation announced its intention to introduce Azerbaijani wine to the Chinese market. In 2016, Azerbaijan exported 500,000 bottles of wine to China, but many believe that potential exports could be substantially higher. In the first semester of the 2017, 5.5% of the country’s exports went to China.

In July, during the Kazakhstan-China Agrarian Investment Forum, Kazakhstani and Chinese officials signed a memorandum of understanding for the establishment of an area of agricultural cooperation to create joint processing facilities. Seven contracts were signed for exports of agricultural materials from Kazakhstan to China, including 200,000 metric tons of grains and 100,000 metric tons of oilseeds, and an agreement was reached regarding the construction of a new export terminal on the border between the two countries.

In Uzbekistan in July, the Chinese Minister of Agriculture met with his Uzbekistani counterpart in Tashkent to sign cooperation agreements aimed at improving the production of cotton and aquaculture products, as well as deep processing of sericulture products and fertilizers as well as agricultural product storage and processing. In December 2016, officials from both countries had already met to discuss the construction of a food processing and logistics center building project in Uzbekistan, at a cost of USD8.5 million, and made moves to standardizing quality control procedures.

Further East, in Kyrgyzstan, the Ministry of Agriculture came to state loud and clear that Kyrgyzstan will start exporting cherries and melons to China during the summer of 2017.

Some of these developments are marginal, some are just beginning, and others are more substantial. What seems apparent is that they are all pointing in the same direction; China is rapidly becoming a major destination market for agricultural products from Central Asia and the Caucasus, countries that would do well to embrace this trend and overcome their dependence on hydrocarbons exports.

After all, feeding the dragon can be just as profitable as powering it.