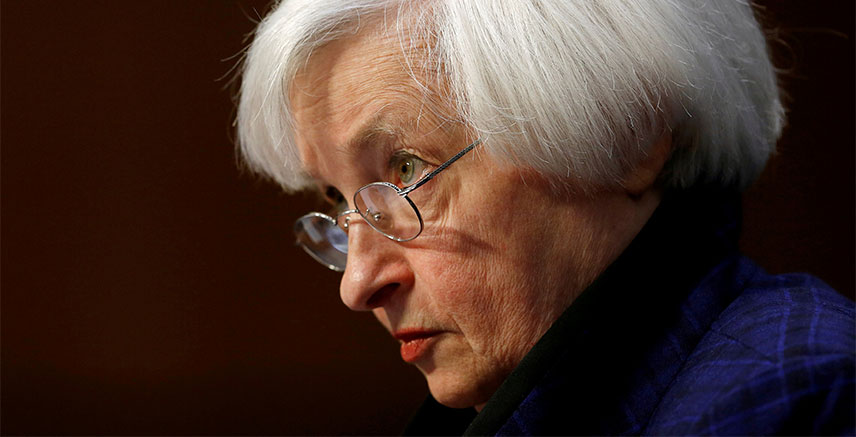 Share on:
Emerging markets have benefitted greatly from Fed policy over the last decade, but changes in direction suggest the romance could be coming to an end.

US Federal Reserve Board Chair Yellen testifies before Congress on Capitol Hill in Washington in November 2016.

The US Federal Reserve and emerging markets around the world have enjoyed a decade-long romance. After the 2008 global financial crisis broke out, the Fed dropped its benchmark rate to near zero for 10 years, an anomaly that greatly benefited emerging markets, spurring capital outflows to Asia, Africa, and Latin America. But like any tale of love, the relationship has had its up and downs, and, unfortunately for some, it appears the flames of love are slowly burning out.

The American central bank is currently implementing a program to slowly increase the cost at which it lends money to financial institutions. Employment in the US has recovered significantly since the 2008 recession, hence Fed plans to continue raising this rate during 2017, with officials fearing that too much money in the market could lead to another economic downturn.

As institutional investors became interested in purchasing, for instance, Mozambican, Colombian, or Chinese 10-year bonds, the interest rate of those government assets dipped and, thus, developing nations were able to finance their debt at lower costs. “These bond rates were attractive for Western investors because they could not find those yields back home, and it was a great deal for emerging countries that could issue debt at cheaper rates,” said Antonio Ruiz, an economist at the University of Guadalajara in Mexico.

In addition to reducing government bond yields, central banks in emerging countries followed the Fed’s lead and reduced their lending benchmark rates. As professor Ruiz explained, central bank policymakers tend to mimic what the Fed does and, consequently, financial institutions in Africa or Asia had access to cheap money as well, which also granted domestic firms with inexpensive capital. Foreign firms were acquiring companies or expanding their operations in emerging economies through FDI, and at the same time the locals followed suit.
FDI flows between 2009 and 2015 increased nearly 50%, going from USD1 billion to USD1.58 billion, according to the OECD. In the same time period, the World Bank estimates that the GDP per capita in Sub-Saharan Africa has grown at the same pace and hit USD1,588 per person in 2015. Meanwhile, the Chinese economy recorded around 9% annual growth on average in the last decade.

“The biggest winner of this near-zero interest rate policy has been China. No doubt about it,” assured professor Ruiz, a specialist in emerging economies. Ruiz believes so because China did not only benefit from foreign firms coming into the country and developing rural areas, but also its own companies began to invest heavily abroad, taking advantage of the Fed’s cheap money. As a result, the Asian dragon improved its domestic economy with jobs and investment, and its firms have internationalized planting their flags in the US and Western Europe.

Additionally, US government debt bonds remained at very low interest in the last decade and while portfolio investors were eying emerging market assets, China started acquiring American debt. Now 10 years later, China holds about 40% of US debt and is the country’s second-largest creditor after Japan. On the other hand, trade between first and the second world economies have expanded dramatically. “China is now the most important trading partner with the US, but 10 years ago it was the fourth or fifth,” he added.

Emerging economies will not be able to grow at the same pace as they used to without the Fed’s low rates, believes Ruiz, as financing for these governments will become more expensive. The expert also expects that emerging currencies will continue to depreciate against the greenback. On the other hand, the analyst estimates that commodities will tend to appreciate as the central bank keeps on lifting its benchmark, a factor that would be a relief for developing economies that are very reliant on mineral and fossil fuel exports.

And so the love story draws to a close. As the Fed lifts lending rates, emerging markets will experience a shortage of liquidity. This is happening at a time when the US has gained a protectionist administration, having previously been the biggest backer of free trade. In a remarkable change of events, China now arises as the defender of global capitalism.

But while this is might be the end of one romance, many emerging markets have access to huge markets with growing populations that still hold great potential for investment and will surely appeal to new pretenders. And who knows who the next suitor will be.