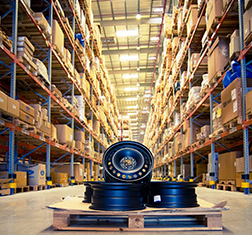 The sheer pace and scope of Dubai’s development has made it a global exemplar of how to build an urban and commercial environment capable of meeting the rigorous demands of tomorrow. Massive state spending, in tandem with private sector initiative and know-how, has provided the infrastructural foundation of the Emirate’s trading prowess and transport matrix. And in the new climate of low oil prices, Dubai is cashing in on its diversified economy, in which the transport, logistics, and storage sector remains an engine of GDP growth, accounting for around 15% of the Emirate’s GDP in 2015.

On the Right Road

Economic diversification in itself has notable consequences that demand an equally diversified transport system. A notable one is the decentralization of key activity centers, chiefly Bur Dubai and Deira. And as the population grows, demand for land has resulted in additional developments that need logistical connections of their own. In Dubai, the car has been king; yet, given the growing population, the government has been keen to fly in the face of habit by promoting greener solutions. Sector data indicates that in Dubai, around 700 new vehicles are registered daily, making one in two people an owner. Indeed, by 2020, Dubai’s population of over 5 million will be making four times the current five million daily car journeys. The prospective congestion doesn’t bear thinking about, and initiatives are underway to mitigate it. It emerged in February that 200 autonomous electric Teslas would join the ranks of Dubai’s taxi and limousine fleet in 2017. The Roads and Transport Authority (RTA) plans for half of the taxi fleet to comprise green vehicles by 2021. This runs in parallel with plans to transform Dubai into the world’s smartest mobility city by 2020. The Dubai Smart Autonomous Mobility Strategy intends for 25% of total journeys to ultimately be made in autonomous vehicles. In 2016, new carbon emission targets stipulated electric or hybrid vehicles comprising 10% of new vehicles over the next four years. Accordingly, carbon emissions are likely to slide 16% by 2021 as all public vehicle fleets go green. The RTA, tasked by the Ministry of Transport to oversee Dubai’s highway network, is investing USD12 billion in 500km of intelligent roads by 2020, easing flow and curbing accident rates. As of February 19, the RTA had separated the link between the Salik toll gates at Al Safa and Al Barsha. The move expedites traffic flow on main roads for public and commercial vehicles alike, as the Shaikh Zayed Road (SZR) remains an express traffic corridor, while mass transit systems, too, are less encumbered by congestion. This is significant as, apart from the 52km Dubai Metro Red Line, 156 public buses on 12 routes make 1,400 daily journeys per day to serve the SZR.

Despite the abovementioned passenger car numbers, a welcome change in public mindset is in evidence. In 2016, public transportation usage in Dubai—including metro, trams, buses, marine transit, and taxis—as a percentage of total public mobility rose impressively from a 2006 low of 6% to 16%, thus close to London’s 19%. The government wants a ratio of 20% by 2020, approaching the 25% of Berlin. Dubai Metro, launched in 2009 and featuring five lines, was the second such network in the Arab world beyond Cairo. By 2025, the 69-station network will span 221km. Passengers using public transport in 2016 climbed above 543.6 million YoY from 539.5 million, by RTA figures. The average daily passenger print was roughly 1.5 million. The Dubai Metro claimed the lion’s share of commuters at 35%, followed by taxis (33%), and public buses (28%). The Dubai Tram saw a better YoY print of 5.4 million passengers (4.07 million), as did buses, with 151.1 million passengers (134.775 million).

The Logic behind Logistics

The growth of transportation and logistics reflects state initiatives that serve economic diversification beyond hydrocarbons to sectors including trade, export, import, and tourism. This has seen the meteoric rise of a complex system of seaports, airports—benefitting greatly from prevailing open skies policies—and related warehousing facilities at dedicated commercial hubs such as the Jebel Ali Free Zone. Such hubs enable diversified manufacturers located there to meet demand from local consumers and export markets alike.
Exemplifying aforementioned diversification is the delivery of world-class healthcare as part of Dubai’s burgeoning tourism industry. Hellman Worldwide Logistics, the market leaders in regional healthcare logistics, expanded its facility located at Dubai World Central (DWC) in 4Q2016, whereby, “It is probably the single-largest healthcare warehouse in the region, with 25,000 pallet positions.”

And by way of contextualizing Dubai’s current transportation status, the GCC overall has around 40 ports, 35 of which are of consequence, together handling close to 70% of total MENA container port traffic. Meanwhile, 43 airports today operate within the GCC. In volume terms, the global transport and logistics industry is set to reach 92.1 billion tons by 2024. Furthermore, the global third party logistics (3PL) market is set to expand at a CAGR of over 5% by 2020. Key factors are globalization and improved international economic conditions, while more locally, ongoing increased liberalization and industrial diversification fueled by a drive for increased local content may be cited. Moreover, industries keen to rationalize business practices are increasingly focused on core activities. In consequence, the range of verticals to be catered to by the logistics industry in Dubai keeps the market competitive. Girish Kumar Nair, the Managing Director of Dubai-based Elite Airborne told TBY that, “The advantage of being in Dubai is that, “The Emirate is a well-positioned bridge between East and West, right in the middle of the world (whereby) most of Dubai’s growth has been due to the leveraging on its geographical location.” This advantage yields access to a regional population base exceeding 2 billion people set to rank among the world’s busiest trade areas by 2030. Add to this the fact that 60% of all the Middle East’s imports pass through Dubai. A well-oiled machine, Dubai’s transportation matrix features Al Maktoum International Airport, located conveniently close to Jebel Ali, the world’s third-busiest logistics and shipping hub. The opening of DWC has tangibly expanded the potential. The master plan, rolled out back in 2001, in 15 stages guarantees Jebel Ali’s evolution through 2030. Meanwhile, the world’s sole integrated logistics free zone, Dubai Logistics City (DLC), is set to process an annual 12 million tons of cargo by 2020.

On the High Seas

Port Rashid and Jebel Ali Port respectively began operations in 1972 and 1979, but were strategically merged in 1991 to establish one of the major port operators in the GCC. Jebel Ali is also the world’s largest man-made harbor and globally the most productive facility according to the Journal of Commerce, and can berth the world’s largest vessels. Its more than 90 weekly services span over 140 ports worldwide, and the latest expansions envisage total handling capacity of 22.1 million containers by 2018. Intermodal connectivity is the order of the day, where digital platforms remove paper records from the operation of sea, land, air, and rail services relied on by the Jebel Ali Free Zone (Jafza) that 7,300 international companies call home.

Huge in the Air…

The Dubai brand has been carried the world over by flag-carrier Emirates, established in 1985, and today responsible for around 60% of all flights landing in Dubai. Its fleet of 251 aircraft provides close to 2,000 weekly passenger flights, connecting the Emirate to 101 destinations on six continents. And while the aviation sector reportedly already accounts for 25% of GDP, the official target is a massive 32% by 2020. Emirates boasts the greatest number of A380 super-jets anywhere, and relocation to Al Maktoum International Airport seems set to prompt a doubling of its fleet size. By 2020, Emirates plans single-handedly to carry today’s entire volume of international travelers to Dubai, numbering 70 million passengers. Dubai’s growth trajectory has meant that the construction of strategic facilities is never done by halves. Accordingly, in 2014, the tri-terminal Dubai International Airport (DXB) leap-frogged London’s Heathrow, becoming the world’s busiest airport with 70.47 million passengers processed in 2015. As well as being the world’s sixth-busiest by cargo volume, Terminal 3 is also the world’s biggest single building by floor area, at 1.7 million sqm.