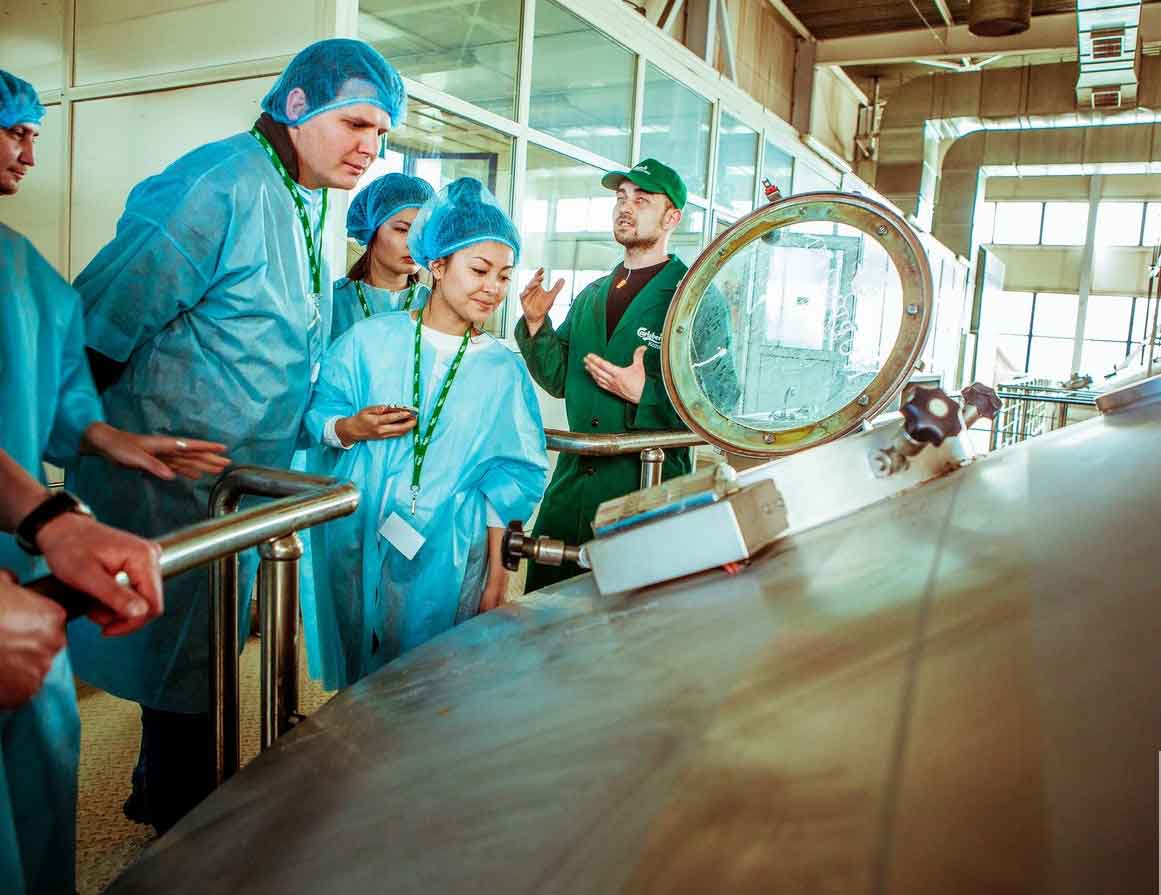 Share on:
In 2015, industry accounted for 28% of the country's GDP for that year, and the sector is growing strongly. In 2013, industrial exports passed the $3 billion mark for the first time, and since then efforts to diversify the country's industrial mix have come to the fore.

In Soviet times Kazakhstan specialized in metal and metallurgical industries like iron and steel manufacturing. During this period, Kazakhstan produced heavy equipment such as cables, rolled steel, railway wagons and locomotives, excavators, tractors, and other heavy agricultural equipment. Today the industrial landscape is very different. It took some 20 years following independence for the sector to be reborn, although it still overshadowed by its vastly bigger mining and hydrocarbons cousins. Now it is a locally-based manufacturing landscape, dominated by SMEs and light industry, producing good such as clothes, food processing and packaging, and service industries. In 2015, SMEs formed an impressive 82% of the companies registered as operating in the sector.

In 2015, industry accounted for 28% of the country’s GDP for that year, and the sector is growing strongly. In 2013, industrial exports passed the $3 billion mark for the first time, and since then efforts to diversify the country’s industrial mix have come to the fore. In February 2016, production output was almost flat MoM, at 0.10%. The main headlines for 2016 are once more in manufacturing—and especially automobiles.
The manufacturing and light industry sectors are due to benefit strongly from a raft of Chinese investment announced by President Nazarbayev in September 2015, at the signing of trade and investment deals worth $23 billion. Some observers have even put Kazakhstan at the center of a new “Great Game” between China and Russia. Chinese companies already own 25% of Kazakhstan’s oil industry, and wider industry is set to follow this future to the east. The new dry port at Khorgos, which opened in August 2015, on the China-Kazakhstan border, is set to boost industrial trade between the two countries.

At the Kazakh-China investment forum in January 2015, it was announced that Kazakhstan would launch 20 joint ventures with Chinese companies over the two years to 2017. The new deals have a special focus on non-hydrocarbons industry, light industry, manufacturing, and construction materials (including cement).

Heavy industry makes up around 30% of today’s total investment in the industry sector. Manufacturing of machine parts remains strong and is increasing by 12% YoY. Exports of machinery, equipment, and vehicle parts accounted for 1.5% of the total, or $1.2 billion, in 2014. Machinery is also important to imports, making up 40% of the total—worth some $19.5 billion in 2014. The annual growth rate for manufacturing was 2.9% in 2014, according to the World Bank. Kazakhstan’s modern manufacturing specializes in smaller parts and electrical equipment, including centrifugal pumps, insulated and fiber-optic cables, and electricity transformers.

Azia Avto is by far the market leader for car sales in the country and holds 53% of the domestic market, with an annual turnover of $1.3 billion. In 2014, the company sold 83,979 vehicles. In 2016, Azia Avto is planning to invest $62 million in facilities nationwide, including the new factory at Ust-Kamenogorsk.
Above all—and despite the economic uncertainty on some fronts—a survey of the industrial landscape in 2016 reveals a good deal of investor confidence in the sector, with new factories and facilities announced across the sector, and across the country. In 2015, it was announced that work would begin on a giant sugar factory, with a 100,000-ton capacity, just outside Almaty. The site will utilize the recent plantations of sugarbeet in the area, and will occupy a site of 14,000 ha.

Also in Almaty, Tikkurila Group announced the development of a paint factory with a difference: small and flexible units designed to maximize the speed with which new product lines can reach the marketplace. The factory is aimed at low-risk and low-cost, due to open with an initial investment of just $1 million. The Tikkurila plant is reflective of a wider wave of innovation sweeping Kazakhstan, and light industry is reinventing itself arguably more than any other sector.

In December 2015, Chinese cement company Huaxin Cement announced it was investing in a 5 million-tons-per-year cement and 1.5 million ton clinker plant in Kazakhstan, in a move that is widely seen as confirmation of China’s commitment to the “One Belt, One Road” trade route initiative. The plant’s location is far from China’s border, in the Aktobe Region to the west of the country. Construction began in December 2015, with an initial budget of $111 million, almost immediately following the signing of the MoU between Berdibek Saparbayev, the mayor of Aktobe Region, and Xu Yongmuo, president of Huaxin Cement. The signing ceremony was attended by Karim Massimov, Prime Minister of Kazakhstan, delegates from Beijing and Astana, and representatives from 300 enterprises across Kazakhstan and China. The plant will pioneer new techniques in dry processing of clinker, and is located close to the Trans-Aral Railway, with its link to Russia, and the high-speed rail link from Aktobe city to Astana. (The factory is also notable for being the first in Kazakhstan to replace coal with gas, in a bid to be powered by a more environmentally friendly means.)