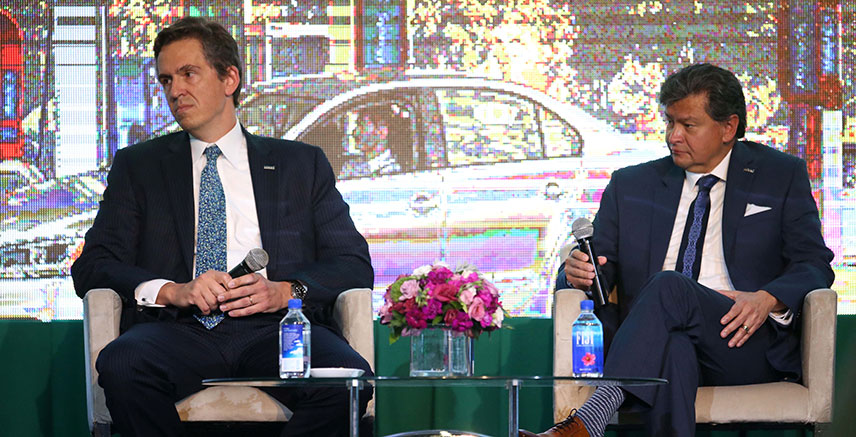 The sector was closed to foreign investors until January.

The firm will invest about USD300 million in Mexico over the next decade, and will open its first service station in the second half of 2017. With this investment, ExxonMobil plans to establish a reliable supply of products to the retail, industrial, and commercial sectors as well as financing a marketing strategy for its brand presence in Mexico.

Even though the Texan-based oil giant has been present in Mexico for more than 130 years, the downstream sector remained mostly capped for private companies until January this year, when the Enrique Peña Nieto Administration completed the liberalization of the energy industry.

As a result, some big global players have announced its plans to expand their operations in Mexico by opening hundreds of fuel stations to enter into this lucrative market. “A gas station in Mexico sells three times as much as one in the US,” asserts Luis Miguel Labardini, energy consultant of Marcos y Asociados to TBY.

According to a Mexican government document, in the US there is a gas station for every 2,677 people, whereas in Mexico each station serves about 10,560 people.

International firms such as Chevron, BP, and Total are undergoing their investment plans to acquire already existing gas stations while also opening new ones.

Royal Dutch Shell has also stated that it expects to open its first service station in Mexico before the end of the year.

However, these intentions come at a time of grave concern in this sector in light of the latest confrontation between the Mexican army and the “huachicoleros,” a term that refers to fuel thieves who steal petrol from the pipes of state-owned Pemex.

Clandestine theft of fuel from the pipelines cost Pemex around USD1.5 billion per year in lost production. The problem has grown dramatically. In 2010, the company reported about 868 illegal pipeline taps, while in 2016 the firm found 6,873.

The situation has escalated so rapidly that the military is conducting several operations in Puebla, where most of these illicit activities are taking place, to reduce the practice.

Aiming to avoid being affected by the “huachicoleros,” and also to differentiate themselves from the gasoline that is currently on the market, which are all owned by Pemex, most of these international firms intend to sell the fuel produced in their own refineries in the Gulf of Mexico.