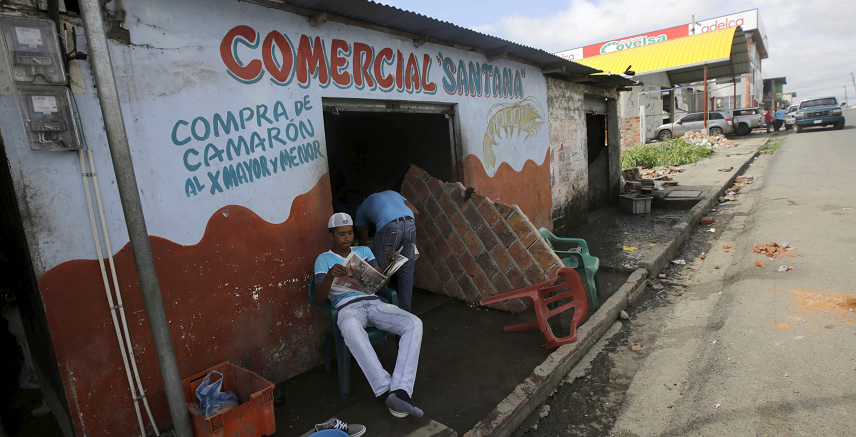 The history of Ecuador’s shrimp farms dates back to 1969, when the activity of breeding shrimp was started in the southeast shore of the country’s Guayaquil Gulf.

Since there was a lack of knowledge about shrimp cultivation, Ecuadorian shrimp farmers started by transporting larva in plastic receptacles with little to no control, meaning survival rates were extremely low.

Soon after, Ecuadorian farmers actualized a new system of seeding that enabled canals and tides to deposit huge quantities of shrimp larva; however, farmers failed to limit the number of seeds per canal. To counter that, Ecuador came up with a method whereby seeds from estuaries were captured and transported to a breeding pool.

Thereafter, shrimps were maintained in these pools for four to eight months, until they were ready to be consumed and commercialized. The innovative method has since revolutionized the global shrimp industry.

Fast forward to 2018, where more shrimp occupy one pond in Ecuador than total shrimp in some countries. Ecuadorian companies have been producing high-quality shrimps for decades, and now have vertically integrated, expert breeding programs.

Additionally, its farm zoning policies are models of best practice in shrimp farming. With environmental and sustainability goals in mind, the country has placed restrictions on farming in coastal mangrove habitats, forcing farmers to build ponds in highlands.

During the same period, exports to Asian countries accounted for 61% of total exports, up from 57% during the same period in 2017. Notably, direct exports to China posted the highest increase. With shipments to China more than tripling, China has overtaken the US as the largest importer of Ecuadorian shrimp in terms of both value and volume. While exports to Vietnam remained stable, exports to several European countries, particularly Italy and Spain, saw an uptick.

This massive growth has been a result of multiple key drivers, and balanced feed is one of these. Some of the world’s largest feed producers, including Skretting, Vitapro, and BioMarGrouo, are actualizing their big expansion plans in Ecuador. In August 2018, US agribusiness giant Cargill and Ecuadorian shrimp farmer Naturisa announced that they are doing test production in a new shrimp feed factory, set to open in October 2018.

Other key advantages that Ecuador has over its Asian competitors are low farm-level production costs, a high degree of uniformity of raw materials, and relatively large harvest sizes, despite Ecuadorian producers declining to use more intensive production systems. Since Ecuador has high industry labor costs, the country focuses on the export of head-on shell-on (HOSO) shrimp instead of peeled or value-added products.

As a result, Ecuador’s HOSO shrimp with high uniformity has gained popularity across the European cooking industry, with China even paying a premium for Ecuadorian HOSO shrimp. What’s more, the EU has pledged to allocate USD74,000 to help boost the competitiveness of Ecuadorian shrimp.

Remarkably, the country is also looking into the potential of exporting technology and expertise in shrimp farming to other countries, especially Arab countries that are aiming to achieve self-sufficiency and food security. Such initiatives, together with a continuous increase in shrimp production and developments in regular closed-door meetings, have pushed experts to predict that Ecuador could produce 700,000 tons of shrimp in the next few years, surpassing India as the world’s largest shrimp producer.