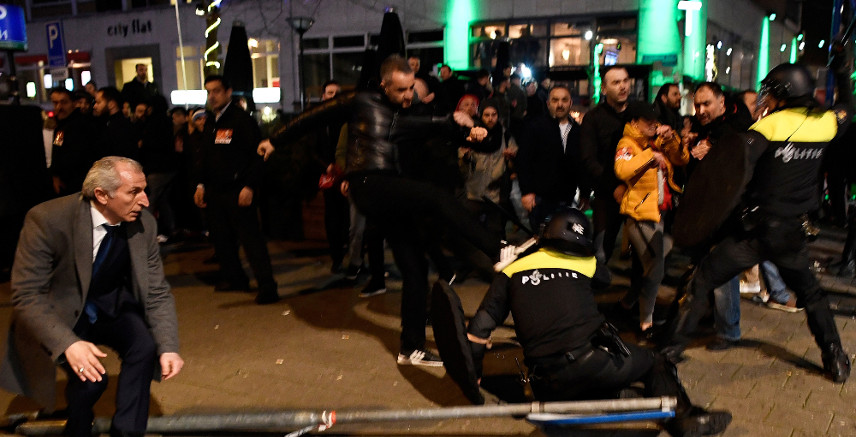 Share on:
Turkey’s largest fuel and lubricant distributor, Petrol Ofisi, is set to be bought by Rotterdam-based Vitol Group.

In 2010 it acquired the remaining 54% from Doğan Holding for USD1.3 billion, and later raised its stake to 96% after acquiring minority shares. In 2015, PO was delisted from the Istanbul Stock Exchange and OMV became 100% owner of the company.

For a little historic background, PO was founded in 1941 as a state-owned company with only nine service centres, only three years after the death of the republic’s founder Atatürk. Turkey was still a struggling and young economy, with 80% of its workforce active in the agricultural sector. In parallel with Turkey’s industrialization and the increased uptake of motor vehicle use, PO became a multi-billion-dollar company traded on the Istanbul Stock Exchange. In the year 2000, a 51% equity stake was privatized to a consortium including Turkey’s İş Bank and Doğan Holding for USD1.26 billion.

Six years later, OMV entered the scene. Today, the company has 1,700 service stations. It is the market leader in fuel distribution, with a 23% market share and sales volumes reaching 10.7 million tonnes in 2016. It is also owns Turkey’s largest storage facilities and has the greatest logistics capacity at more than 1 million cubic meters.

OMV’s global strategy is that of vertical integration, in which its upstream and downstream businesses are integrated through oil refineries. In fact, the company’s strategy for Turkey envisaged the establishment of a refinery in the Mediterranean port of Ceyhan, where crude oil is pumped all the way from Azerbaijan through the Baku-Tbilisi-Ceyhan pipeline. Moreover, OMV started investing in oil and gas assets in the Kurdistan Regional Government of Northern Iraq as early as 2007.

But OMV’s dream of an integrated regional hub never materialized. The Mediterranean refinery could not be implemented, and OMV also started to relinquish its Iraqi assets after years of unsuccessful digging, a destiny shared by many other international oil companies in the region.

In 2015, it sold its 36% stake in the promising Bina Bawi field to Genel Energy. Its last remaining stake is a 10% share in the Pearl Petroleum, a consortium which has been in a legal dispute with the regional government over development rights in related oil and gas fields. The regional government suffers from financial troubles and had difficulties paying its debts to international oil companies.

The price paid by Vitol certainly reflects a very different valuation for the retailer as it represents less than half of the company’s value in 2006. However, even without short-term prospects of vertical integration, Turkey’s market for oil products is still a very attractive one with high demographic and urban growth despite stressed profit margins due to equally high taxation and strong competition from international brands.

Only one question remains. The sales process will only be official after authorization by the Competition Authority and Energy Market Supervisory Board is given. Will they allow it to go ahead? The agreement between two private European companies would, in normal circumstances, bear no risk.

However, last weekend’s riots in Rotterdam by AKP supporters of Turkish origin living in the Netherlands has changed the political scene dramatically. Following the Dutch government’s denial of permission for an AKP visit to lobby for the upcoming constitutional referendum, the Turkish government has declared it would retaliate.

Could this affect the authorization of the sale of Turkey’s biggest fuel distributor to a Dutch company? Let’s not forget that Saudi Aramco and Azerbaijan’s SOCAR were also strong contenders in this sale process that started last year. It may also be worth noting that SOCAR is the leader of a consortium that acquired OMV Petrol Ofisi’s storage capacity in İzmir Aliağa, the location where SOCAR is building Turkey’s first private refinery, and where it operates one of the Petkim petrochemical facilities which it acquired through privatization eight years ago. The next few weeks will reveal how such political crises between the EU and Turkey affect private business.