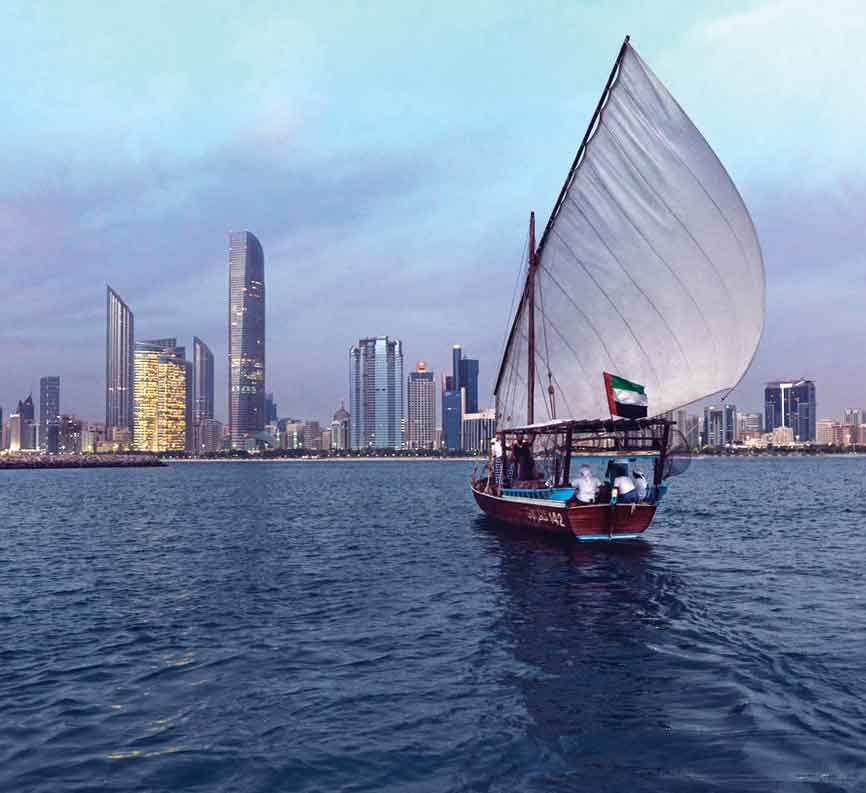 Share on:
Aside from its initiatives in humanitarian aid and the promotion of the Emirate's assets, Abu Dhabi strengthens its geopolitical role in the region through a more assertive foreign policy aligned with its Saudi Arabian allies.

2018 marks the Year of Zayed, commemorating the centennial of the late Sheikh Zayed, founder of the UAE. His spirit of establishing partnerships and bringing people together led, in 1971, to the foundation of the UAE. Today, the UAE maintains the same spirit of unity, resilient in its commitment to supporting secular forces in the Middle East while embracing a more assertive foreign policy that has in its close alliance and alignment with the Kingdom of Saudi Arabia the most compelling evidence. The close ties between Abu Dhabi and Riyadh are reflected in the military intervention in Yemen to curb Iran’s support of Houthi groups; the blockade toward Qatar; the call for Arab nations to come together and fend off influence by non-Arab states in the region; and the prioritization of a political resolution of the Syrian conflict. Broadly speaking, ensuring regional stability and growing internal capacity to face eventual crisis remain at the top of the foreign policy agenda of Mohammed bin Zayed Al Nahyan, the Crown Prince of Abu Dhabi and Deputy Supreme Commander of the UAE Armed Forces. He is the de-facto ruler of the country and the most prominent player in the UAE’s diplomatic decisions. Just like Khaldoon Al Mubarak, Group CEO and Managing Director of Mubadala Investment Company, remains his trusted advisor for internal matters, both Sheikh Abdullah bin Zayed Al Nahyan, Minister of Foreign Affairs since 2006, and Anwar Mohammed Gargash, Minister of State for Foreign Affairs, play a crucial role in shaping the UAE international playbook.

DIPLOMATIC TIES
In November 2017, Costa Rica opened an embassy in the UAE and according to its diplomatic staff, trade between the two countries has increased by 15% since then. The UAE is also expected to open an embassy in Costa Rica. Additionally, the openings of embassies in Ivory Coast, Rwanda, and Mali as well as a Consulate in Tanzania, which will expand UAE’s presence in Africa, have been announced. The representation in Ivory Coast will play a major role in the country’s development agenda for the African continent, as the African Development Bank is headquartered in Ivory Coast’s economic capital of Abidjan.
Ties between the Maldives and the UAE will also be intensified after the establishment of another embassy in the nation’s capital, Malé. This embassy will complement the UAE’s operations in the country, which already include a listing of a USD100-million sovereign bond through a private placement for the Abu Dhabi Fund for Development (ADFD) issued by the government of Maldives, as well as a project to expand Velana International Airport, the busiest airport in the country.

Taking place in November 2018 in Dubai, the first UAE-Caribbean Forum is expected to foster cooperation between the two parties in the cultural, trade, investment, and technology domains, following into the footsteps of the more established Global Business Forum Latin America, which has seen delegations and heads of states from Central and South America come together at Atlantis, The Palm in Dubai every February since 2016 to discuss investment opportunities at both a bilateral and multilateral level. The UAE-Caribbean Renewable Energy Fund, valued at AED183.6 million (USD50 million), is now through its second funding cycle and has established partnerships with Caribbean countries during negotiations that took place over Abu Dhabi Sustainability Week 2018. The UAE will be financing projects in Belize, the Dominican Republic, Grenada, Guyana, Haiti, Saint Kitts and Nevis, and Saint Lucia in order to improve these countries’ renewable energy sectors. There will also be two European countries, Moldova and Bulgaria, opening embassies in Abu Dhabi to foster relations with both the UAE and Gulf region.

FOREIGN AID
The latest data available on the UAE’s foreign aid by the Ministry of Foreign Affairs and International Cooperation shows the country’s commitment to supporting development where it is most needed. In 2016, the UAE’s foreign assistance amounted to AED22.23 billion (USD6.05 billion), funding development, humanitarian, and charitable programs in many countries, including 44 least developed countries (LDCs). In terms of official development assistance (ODA) as a proportion of GDP, the UAE surpassed the 0.7% target set by the UN and was the largest ODA contributor in 2016, providing 1.12% of its GDP. The UN target of aid to LDCs of 0.15-0.20% of GDP was also surpassed by the UAE with 0.36% of its GDP directly being used to finance projects in these groups of countries, mainly Afghanistan, Somalia, and Yemen. After the UAE government federal budget, the Abu Dhabi Fund for Development is the country’s largest donor, accounting for 41% of the country’s foreign assistance and totaling USD2.5 billion in 2016. During 2017, the fund started financing operations for two projects in Egypt, a 10MW solar power plant in Toshka and Alburouj residential city, one in the Maldives for the expansion of Velana International Airport, and one in Antigua and Barbuda for a hybrid solar-wind power generation project.

While direct aid has long been the preferred institutional channel to exercise influence outside the borders of the Emirate, the UAE’s direct investments through its sovereign wealth fund, ADIA, and its global port operator, DP World, are a prominent branch of the country’s diplomacy. More specifically, DP World, directing operations in 40 countries, has intensified its ambitions in the Horn of Africa, where it started making investments in the early 1990s. After building a large port in Djibouti, DP World is now working on another in Somaliland. To ensure a high return on its investments, stability in East Africa is thus paramount. As such, the UAE has been leading recent negotiations between Ethiopia and Eritrea, which, after two decades of hostility, signed a historic peace deal in July 2018.

ADVANCING ABU DHABI’S BRAND
Even though state affairs are the federal government’s oversight, the Emirates individually have a big say in presenting themselves to the world and promoting their interests in the fields of trade, culture, tourism, innovation, and science. The Abu Dhabi Investment Office engages directly with investors from different countries to assist them in their investment journey within the Emirate, enabling them to reach their goals and optimize the investment experience. According to the Department of Economic Development of Abu Dhabi, the volume of FDI in Abu Dhabi for 2017 reached AED108 billion, a growth of 7.1% compared to 2016. Property activities, including sales to non-residents, were the biggest contributor to FDI at AED29.9 billion in 2017.