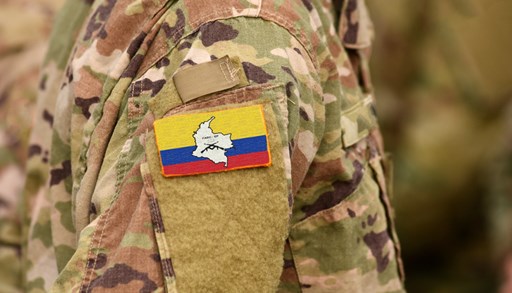 Share on:
The 2016 peace deal between the government and the FARC has turned out as only the first step in Colombia's recovery from 52 years of violence, as the effort to rejoin society is often difficult for former combatants who struggle with psychological and psychiatric trauma.

Before approximately 14,000 members (7,000 combatants and 7,000 militias) of the Revolutionary Armed Forces of Colombia, better known as FARC, struck a peace deal with the government of Colombia in 2016 to mark the end of a 52-year conflict that killed more than 260,000 and displaced more than 7 million, more than 50,000 demobilized ex-combatants from several armed groups, mostly paramilitary, had joined the government’s reintegration program since 2003.

The reintegration process was first managed under the Program for Reincorporation to the Civil Life (PRVC), operated through the Ministry of Interior and Justice between 2003 and 2006. Thereafter, in order to respond to the need of understanding reintegration as a sustainable long-term program, the High Presidential Council for Reintegration was created in September 2006. During its five-year existence, the High Council primarily focused on converting reintegration into a state policy, which resulted in its transition into the Colombian Agency for Reintegration (ACR), a special administrative unit with legal status and affiliated to the Administrative Department of the Presidency of the Republic.
Being a state agency meant the ACR had a greater administrative, financial, and budget autonomy and a solid organizational structure, resulting in an advancement to guarantee the continuity of the reintegration policy. Up until the time the peace deal was inked in 2016, the ACR alone had facilitated the reintegration of around 20,000 paramilitaries and guerrillas who left the conflict independently or as part of peace agreements. But the terms of the final agreement for the termination of the conflict and the construction of a stable and lasting peace required the ACR to modify its functions and structure, hence, it was renamed the Reincorporation and Standardization Agency (ARN) on May 29, 2017, with an updated aim to “manage, implement, coordinate, and evaluate, in a coordinated manner with the competent bodies, the policy, plans, programs, and projects for the reincorporation and normalization of the members of the FARC.”
In practice, the fact that the vast majority of FARC members grew up fighting; the sheer number of to-be integrated ex-combatants at 14,000; and the demobilization of top FARC leaders who had directly or indirectly committed hundreds of murders formed an entirely new challenge for Colombia. And although international organizations such as the UN and USAID, NGOs, developing countries, independent organizations for peace, and key educational and research institutions continue to support the peace process, and the whole world roots for Colombia’s triumph against violence, the results have been mixed.
Under the agreement, ex-combatants would enter 28 territorial spaces for training and reincorporation (ETCRs) across Colombia. Once there, they would disarm, receive IDs, sign up for job training and other benefits, and live with their families for no longer than six months. However, as researchers and doctors who visit ETCRs and spend time with ex-combatants discover new insights as well as the psychological impact of tragedies and weight of the past that these ex-combatants carry, the government is considering extending the lifespan of ETCRs. For example, a study of 624 ex-guerrillas and ex-paramilitaries found that their ability to empathize fell into three clusters: 22% of ex-combatants functioned much like people who haven’t experienced violence; 32% had the ability to recognize pain or misfortune in others but weren’t as affected by it; and the rest 46% could neither recognize feelings such as emotional distress in others, nor empathize with them. To make matters worse, around 30% of ex-combatants who reported to the camps in January 2017 have escaped, joining FARC’s offshoots and other smaller armed groups, or rejoining society on their own terms in hiding.
On the other hand, while one ETCR has been turned into a tourist attraction by its inhabitants for tourists to get a taste of the guerrilla life, another is now home to a museum called “La Casa de la Memoria” — the memory castle. Its exterior is painted portraits of former FARC leaders and the inside is filled with stories of why people took up arms. Elsewhere, in Cauca, a former FARC stronghold and Colombia’s fourth-largest coffee-growing and third-largest cocaine cultivating region, ex-combatants are undertaking training programs to become coffee growers and baristas, supported by Colombia’s National Learning Service and National Federation of Coffee Growers. Some have become tour guides for Colombia’s diverse ecosystems and others have received funding from the Norwegian Refugee Council to build the FARC hotel and restaurant in a 260-strong reincorporation zone.
The nature of Colombia’s civil war itself poses some unique challenges, as unlike other civil wars, Colombia’s is not driven by race or religion, but by political ideology. This presents a unique case and no one knows what strategies to use to reprogram the hearts and minds of ex-combatants. But as evident from tourist arrivals, 6.5 million (the highest in Colombia’s history) in 2017, 1.5 million more than in 2016, Colombia’s best bet is to stay aboard the peace train.