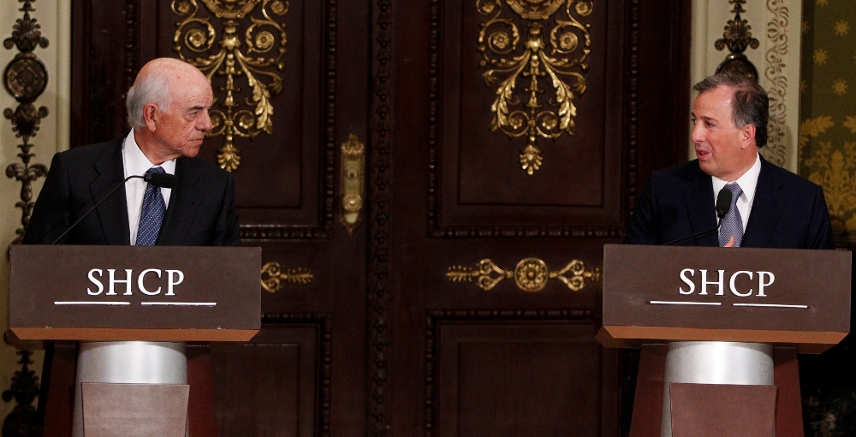 The Spanish bank BBVA, one of Europe’s largest financial firms, recently announced its plans to invest USD1.5 billion in Mexico over the next five years, the largest such investment by a multinational company since President Donald Trump took office in January.

Despite the turbulent US-Mexico relations that have results from his election, and threats to scrap the North American Free Trade Agreement (NAFTA), BBVA will move forward with its current investment plans for Mexico. In 2016 this represented nearly 50% of the profits of the firm. BBVA has about 70 million customers scattered over 30 countries.

“I am aware that there are many uncertainties, and that there has been a political change in the United States, but our plans will continue,” stated Francisco Gonzalez, President of BBVA, at a press conference with Mexican Secretary of Finance Jose Antonio Meade. “We have a lot of confidence in Mexico, in our team, and in the Mexican business environment,” he continued.

Bancomer, a branch of BBVA, will promote the uptake of online banking in Mexico, a system that is still in its infancy. Only about 40% of adults with bank accounts regularly use these services at present, but BBVA plans to upgrade its software and develop new customer services based on artificial intelligence and big data.

Additionally, though Mexico has a population of 120 million, only 44% of adults have a bank account. This leaves about 70 million people unbanked, an enormous business opportunity still untapped for the many international banks that are present in the country.

Multinational companies account for around 80% of all the financial assets in the sector, with major global players such as Citibank, HSBC, and Scotiabank exerting a strong influence on the industry.

BBVA Bancomer already owns about 25% of all the financial assets in the Mexican banking system, making it the largest institution in this sector.

Gonzalez noted that they intend to try to acquire another bank in Mexico, although he admitted that this seems to be “very unlikely” as they already control so much of the market.

According to the World Bank’s Doing Business Report 2017, Mexico ranks fifth for access to credit for entrepreneurs, a factor that highlights the relative robustness and reliability of the country’s financial system.
Mexico’s banks together generated a profit of MXN107 billion (around USD5.4 billion) in 2016, a full 8.3% more than the year before, and their credit portfolio has increased by over 12% in just one year.

The Comision Nacional Bancaria de Valores, the regulatory agency for the sector, explained that this growth was enabled partly by the strong legal framework but also by increased consumption, which has continued expanding despite soaring inflation.

Moving toward 2020, growth will be driven by increasing numbers of people with bank accounts, combined with the numerous infrastructure projects being developed across the state, including the new airport in Mexico City. In other words, much of the future of banking in Mexico depends on the domestic market, and is not overly dependent on what happens beyond its borders.

Even though tearing up NAFTA would significantly impact the economy of the country, the president of BBVA commented that he does not see this scenario taking place, especially considering that Trump’s stance on Mexico has apparently softened in recent weeks. The likelihood of renegotiation rather than cancellation has increased as a result.

“This is one of the most attractive regions in the world for investment, as it has a very young population. And Mexico is a vibrant nation with a great strength. This country will be much better off in just two or three years,” concluded Gonzalez.