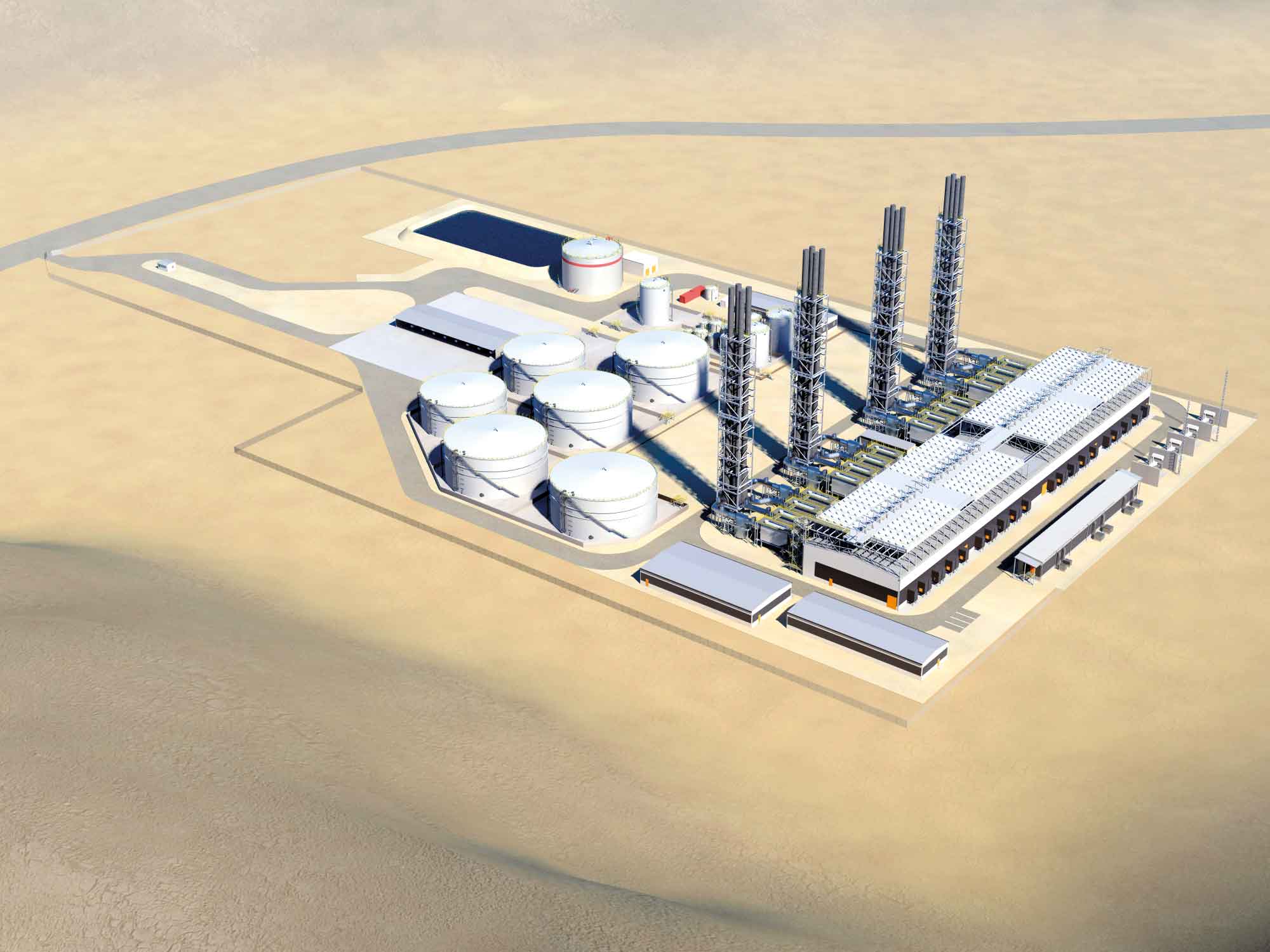 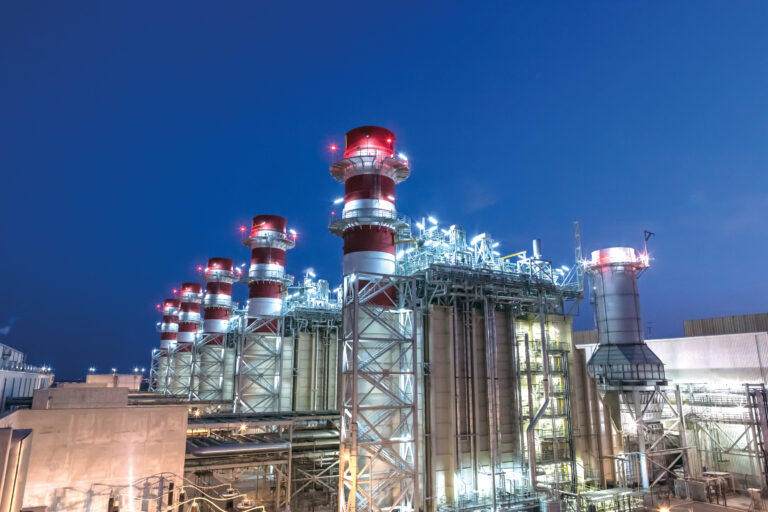 Comparatively clean liquefied natural gas, of which Qatar is the world's biggest exporter, will remain in demand for years to come.

Qatar is one of the world’s most important sources of gas, and more specifically liquefied natural gas (LNG). After nearby Iran and more distant Russia, Qatar holds the third-largest gas reserves on the planet, and remains the largest exporter of LNG, a title previously held by Indonesia. Though efforts to diversify the economy away from the oil and gas sector have been ongoing, the sheer volume of the state’s gas exports mean that energy will remain the dominant industry for the foreseeable future. Qatar boasts a total of 872tcf of natural gas and 25 billion barrels of proven crude oil reserves. And while depressed international oil prices over the past two years pose an obstacle for the expansion of neighboring economies in the Gulf, a preference for the relatively clean and reliable source that is LNG suggests Qatar’s exports will stay much in demand. International Energy Agency predictions indicate that LNG demand will grow considerably past 2020 and that natural gas will be the only fossil fuel whose share in the global energy mix will be higher in 20 years’ time. With 50% lower emissions than either coal or oil, the reasons for this potential growth are clear, and Qatar exports 32% of global LNG.

Qatar’s gas assets are overwhelmingly located offshore, in the enormous North Field, linked to Iran’s South Pars field, which, combined, represent the world’s largest natural gas reserve. The Qatari portion covers approximately 6,000sqkm, and was discovered in the early 1970s. It was not until 1996 when the first gas was extracted from the field, covering supply for domestic gas demand. The condensate gathered from the field was then refined at the Ras Laffan facility and exported, with Japan receiving the first delivery in 1997, a watershed moment for the Gulf nation’s energy sector. Qatargas, also a record-breaker as the world’s largest LNG company, was founded in 1984, and produces LNG through its four projects. The first venture, Qatargas (QG) 1, was designed to provide 6 million tons per annum (mtpa), and exports primarily to Japan and Spain. Expansion of the company’s capacity was then quickly underway, with QG 2, 3, and 4 coming online over subsequent decades, and the Ras Laffan upstream refineries and fleet of export vessels expanded to consolidate the network. In 2004, a 25-year agreement was signed with the UK for QG2, and the following year ground was broken on that project. In 2006, the QG 3 and 4 projects were begun, with both online by 2011, when Qatar took over as the main global supplier. The company now operates a total of seven LNG trains, with four of these having a 7.8 mtpa capacity, again the largest on earth.

RasGas is the second biggest LNG producer, and operates a number of significant projects across the state. The Al-Khaleej Gas Project (AKG) supplies the domestic gas market using the reserves of the North Field, and manufactures condensate and Liquid Petroleum Gas (LPG) for export. RasGas is a joint-stock company started by Qatar Petroleum (QP) and ExxonMobil RasGas Inc. in 2001, linking the American giant to Qatar’s oil and gas industry. The company is also involved in the QG 1 and 2 ventures, as well as three RasGas joint ventures, accounting for a total of over 60 million tons of LNG per year. ExxonMobil is also involved in the Barzan Gas Project, located in the Ras Laffan Industrial City in the northeast of Qatar, also overseen and operated by RasGas. The aim of this undertaking is not only to supply liquid hydrocarbons to global markets, but also to provide for domestic electricity and industrial production, in addition to pumping ethane into the local petrochemical segment. The project is close to completion, having been started in 2011, and the construction phase was handled on the offshore side by Hyundai Heavy Industries from Korea while onshore development was overseen by Japan’s JGC. Approximately 2bcsf/d of gas will be produced upon completion, allowing RasGas to emerge as the preeminent global gas producer. Qatar already exports 83% of its gas in the form of LNG

Additional projects have come online to meet the demand of specific regional markets. The Dolphin Project produces wellhead gas from the North Field for the United Arab Emirates, with a capacity once again of 2bcsf/d. Activities for this project are also based in Ras Laffan, where refining of the gas takes place to create sweet lean gas for direct export via a submarine pipeline. A further 1.34 million tons of Qatari LPG and 33.44 mmb of condensate are also currently imported by the UAE. New bilateral agreements with other state energy firms continue to be drawn up, with the Pakistan State Oil Company (PSO) signing a long-term Sales and Purchase agreement to import LNG from QG2 in early 2016. A volume of 3.75mtpa of LNG will be provided for a 15-year period, according to Qatargas.

Naturally, given the vast quantities of natural gas at Qatar’s disposal, the extraction of crude oil has taken a backseat in terms of total export volumes. However, the activities that are taking place are still significant, and are ably managed by state-run QP, in collaboration with ExxonMobil and Maersk. Qatar is one of the smallest crude exporters in OPEC. The vast majority of Qatari crude comes from just three oil fields. QP is the highest authority on this segment, and was established over 40 years ago in 1974. Across its various aforementioned subsidiaries, it controls the domestic and overseas production and exploration of these energy resources and their byproducts.

Qatar’s electricity production demand is rising as the country undertakes significant construction projects, most notably in anticipation of the 2022 FIFA World Cup. Energy demand is climbing in general, but has been met thus far by production from its gas-fired power plants. In the decade prior to 2012 alone, the country’s consumption grew from 8 billion Kwh to 32.7 billion Kwh. Expansion of production capacity is planned in the short term, with the goal of raising the total figure from 8.6GW to 13GW within three years, and in the future the possibilities of incorporating solar energy or linking up with the grids of neighboring countries are also being contemplated.

In sum, prospects for Qatar’s energy sector are positive. Despite the fall in oil prices, and some tightening of government spending in response, the continued demand for LNG represents an advantage that the nation can bank on for a number of years. Meanwhile, the seemingly limitless possibilities of solar energy and renewable sources bode well for the Gulf nation.