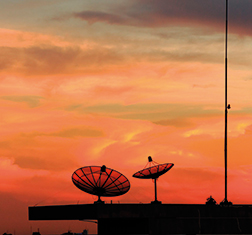 Share on:
As Tanzania continues to boast some of the most impressive economic growth in Africa, telecoms and IT will continue to reshape this dynamic and fertile marketplace.

With one of the fastest growing IT and telecoms markets in Africa, Tanzania is a regional leader on its way to becoming a continental powerhouse. As Tanzania’s more than 53 million people can attest, Tanzania’s telecoms sector has helped make this picturesque east African state one of the most well connected in all of Africa.

In 2014, mobile service providers saw revenues of roughly USD1 billion and paid more than half that figure in taxes, according to The Financial Times. Tax payments from these firms represented a key revenue source for the Tanzanian government, totaling nearly 11% of revenue despite the fact that the providers constitute less than 4% of GDP. With GDP expected to grow 7% annually for the next three years, telecoms will play an integral role in safeguarding the nation’s economic health.

Historically there have been three main sources of revenue for telecoms in Tanzania: traditional voice services, internet data, and mobile payments. Of the three, traditional voice services have seen the lowest rates of growth in recent years, though they still represent a significant portion of the business. As Sunsil Colaso, Managing Director of Airtel Tanzania, recently noted in an exclusive interview with TBY, “voice [services] continue to be under pressure,” as prices fall due to increased competition and consumers deciding to switch from three or four SIM cards to one or two.

At the close of 2Q2016, there were more than 39.2 million voice telecom subscriptions, and the market was dominated by seven providers. Airtel controls 26% market share, Halotel 7%, Smart 2%, Tigo 29%, TTCL 1%, Vodacom 31%, and Zantel rounds out the market with a 4% share, according to the TCRA.

Mobile payments and financial transactions have also been growing in popularity across Tanzania. Total mobile money subscriptions clocked in at more than 17.3 million. Four companies control most of the market: Airtel Money, with a market share of 23%; Ezy Pesa, with 2%; M-Pesa, with 43%; and Tigo Pesa with 32%. As these payment technologies have become more widespread and consumer-friendly, Tanzanians have begun adopting them at impressive rates.

Recent overhauls to network infrastructure have also allowed consumers to make payments across platforms, expanding the effectiveness and efficiency of the entire system. This interoperability has stimulated even more growth, and the World Bank reported in 2015 that Tanzania led Africa in terms of money accounts per 1,000 people. Operators are confident that mobile money will continue to make gains. In an exclusive interview with TBY, Diego Gutierrez, General Manager of MIC Tanzania (Tigo), explained the current state of the market. “Tanzania is the most sophisticated mobile money market in the world, with four players competing successfully in the field,” said Gutierrez. “As competition increases, there is a constant drive and race to be better and offer more from all the players. This is only scratching the surface because as companies create more options and services for more customers to use their [mobile] wallets, the results become more and more dynamic.” As the Tanzanian market continues to define the cutting edge of mobile money in Africa, consumers and providers alike will continue to enjoy a new level of transactional ease. According to The Financial Times, mobile finance is also beginning to gain traction, and Vodacom now lends in excess of TZS4 billon every month through its mobile platform.

The Tanzanian government recently regained complete ownership of Tanzania Telecommunications Company Limited (TTCL), a minority stake of which roughly 35% had been owned by the Indian firm Bharti Airtel. The deal, worth an estimated USD6.7 million, signals a growing effort on the part of the government to participate directly in the telecoms industry. In a recent interview with TBY, Waziri W. Kindamba, acting CEO of TTCL, discussed the government’s strategy, noting that it was part of an effort to cement Tanzania’s status as an emerging middle-income country. Essentially, the purchase “was motivated by the fact that once Tanzania has stronger infrastructure and connects more people then it will be easy for the country to graduate to a middle income economy status,” according to Kindamba.

While connectivity for the entire nation remains a priority, shortfalls remain. One area in need of improvement is the ratio of coverage to penetration; infrastructure without a comparable user base is inefficient and cost ineffective. While 90% of Tanzania currently has coverage, actual penetration rates can sometimes lag behind by as much as 15%. This discrepancy is often the result of vertical exclusion, a process whereby users are kept out of the market due to monetary or educational barriers. Vertical exclusion can be combated by public and private initiatives alike, and the government of Tanzania is taking a leading role in its eradication. In an exclusive interview with TBY, Peter Ulanga, CEO of Universal Communication Service Access Fund (UCSAF), described what steps the government is taking to correct this problem, “As a fund, one of the things UCSAF has done is look at education. We have started projects to connect schools by giving them computers. This not only increases literacy, but also creates a new set of users,” said Ulanga. By familiarizing younger generations of Tanzanians with the internet, officials hope to create the most connected and technologically forward-looking population in Africa. Additionally, developing IT literacy from a young age is expected to stimulate other aspects of the tech economy, like content generation and various entrepreneurial initiatives.

Though there has been some frustration with a recent decision by the government to require telecoms firms to list shares on the Dar es Salaam Stock Exchange (DSE), expectations and satisfaction are generally high. The new law requires that 25% of shares be made available for trading, and it applies to each of the eight providers currently operating in Tanzania. Operators continue to view Tanzania as one of the most promising and profitable markets in sub-Saharan Africa, despite the government’s new law.