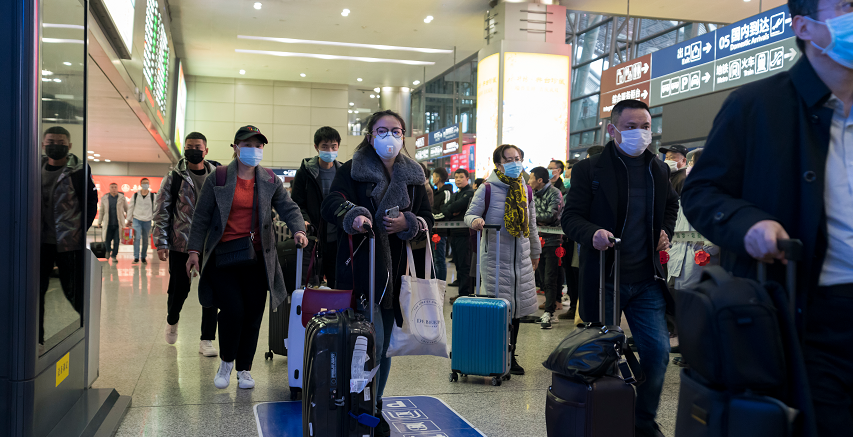 Share on:
If the first epicenter of COVID19 is now almost back on its feet, there is no reason that the rest of the world cannot do the same in the next 2-6 weeks.

Like a demon appearing out of nowhere, the new coronavirus has taken its toll on almost everyone in some way or another.

The world economy has been one of the biggest victims of the virus so far.

Many nations are now imposing restrictions on all outdoor activities in an effort to contain the pandemic, which has brought business to a halt.

In response to the pandemic reaching American soil, the US stock market experienced its worst weekly performance since 2008, with indexes such as Dow Jones Industrial Average plunging.

Although developing countries, especially in Latin America, Africa, and most of the Middle East, have been hit less hard by the pandemic according to the Johns Hopkins coronavirus tracking map, the economic damage is global.

But now that the harm is done, many are wondering about prospects for economic recovery over the next weeks and months, and we are all keen to know when it will be back to business as usual.

Governments around the world are acutely aware of the economic woes caused by the pandemic, and they are rolling out stimulus packages to offset the negative effects of lockdowns, travel bans, and border closures.

The US government is said to be working on a package worth the whopping sum of USD2 trillion. The Republicans and

Democrats in the US Senate are about to finalize a USD1.6 trillion recuse package.

Similar efforts are underway in Europe, with most EU members putting together rescue plans to save different segments of the economy. In Germany, for instance, there are talks about a EUR40 billion package targeted at the self-employed, freelancers, and small businesses.

The more optimistic economic and business commentators around the world believe that the virus crisis is merely a glitch in the workings of the global economy.

Based on the most optimistic scenario, everyone will ultimately realize that the markets have overreacted as the outbreak hopefully abates over the next 2-6 weeks. The rescue packages, meanwhile, will take effect and kick-start business activities.

Some, however, think that the idea of a such a quick recovery is too sanguine, although a U-shaped recovery over a year or two may be within the realm of possibilities.

South Korea’s deputy Prime Minister for economic affairs, Hong Nam-ki, said on 20 March that although the new coronavirus may slowdown economic development throughout 2020, the global economy will bounce back next year. He added that negative growth in the Korean economy in 1Q2020 may prove to be inevitable.

Oxford Economics, a forecasting and quantitative analysis firm, agrees that we are currently sinking into something of a recession and “the near-term outlook is extremely challenging,” but is confident that the global economy will have a full recovery.

“Consistent with historical experience, the eventual resurgence will be strong, with annual growth next year rising as high as 5% in early 2021 and averaging 4.4% for the year,” according to their forecasts.

And, there is some logic behind this. Tourism and aviation have been hit hardest by the pandemic, but despite their importance they’re relatively resilient sectors that can go back to their full potential quite rapidly once the crisis is over.

The virus crisis has also given license to doomsayers to put forward their grim predictions.

There are also many well-intentioned leaders who have prepared a worst-case-scenario, just to be on top of things and prepared for all sorts of contingencies.

On March 21, California’s governor, Gavin Newsom, warned Californians that in eight weeks, over 56% of them might be infected with COVID19. And some have cited such statistics in recent days to claim that a full-blown economic and health crisis will soon be upon us.

However, as Governor Newsom himself pointed out: “That number in of itself shouldn’t be particularly alarming; the vast majority of us, the overwhelming majority will be perfectly fine,” while adding that such a high rate of infection can only occur if the government fails to implement any protective measures—which obviously is not the case.

As the world is doing its best to bend the curve and bring about a U-shaped recovery, we may also take comfort in the idea that, if historical precedence is anything to go by, almost all shock-induced recessions are followed by a recovery. China’s relatively quick recovery is the current beacon of hope.

If the first epicenter of COVID19 is now almost back on its feet, there is no reason that the rest of the world cannot do the same in the next 2-6 weeks.