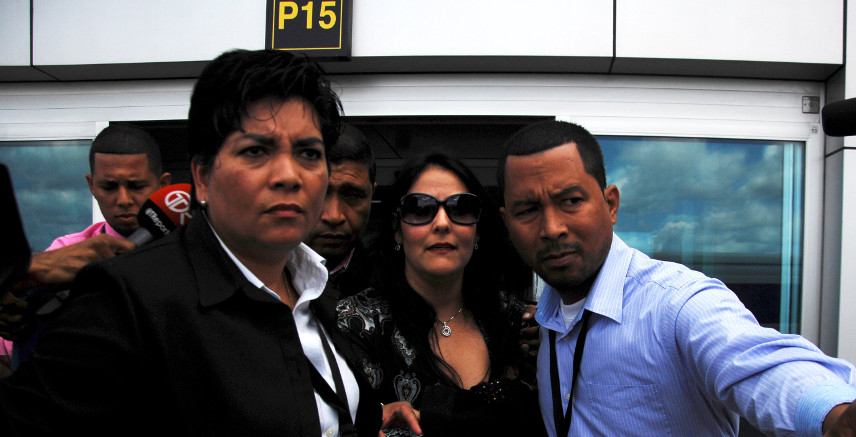 Share on:
Dating back more than a decade, the disagreements over Colombia’s tariffs on Panamanian goods offer some valuable lessons about the challenges facing Latin American commerce.

Tariff disputes are nothing new, but the dispute between Colombia and Panama is noteworthy for a few key reasons. Economic tensions between the two countries have flared up twice before in the recent past, with Panama filing complaints with the WTO in 2006 and 2009 over Colombia’s handling of its imports.

In both cases, Panama alleged that Colombia had passed regulations that raised tariffs on Panamanian imports above what WTO regulations allowed. The first complaint was withdrawn after the two countries reached a solution, but the second went before a WTO panel that found that Colombian tariffs were not in compliance with the organization’s rules and forced them to make changes.

The current tariff disagreement began when Panama filed another WTO complaint in June 2013, again alleging that Colombian tariffs exceeded the maximum amount allowed by the WTO. These most recent tariffs resulted from a renewed effort on Colombia’s part to prevent money laundering and to increase tax transparency.

Organized crime and money laundering have long been one of Colombia’s most pressing issues, and the passing new transparency laws was one of President Juan Manuel Santos’ most important legislative goals upon taking office.

Panama, however, argued that these actions would effectively constitute excessive tariffs on Panamanian goods, again putting Colombia in violation of its WTO obligations.

A 2015 WTO dispute panel ruled that Colombia’s tariffs were not designed to fight money laundering, but a 2016 Appellate Body found differently despite still ruling in Panama’s favor, noting that Colombia did not demonstrate that its tariffs were exempt from WTO regulations. As a result, Colombia revised its tariffs late in the year, introducing a compound tariff on textiles and clothing valued at less than USD10 per kg.

This failed to resolve the conflict; Panamanian officials still considered these revised tariffs above WTO limits and asked the organization for USD210 million in sanctions in early February 2016.

Panama has stated that this represents the value of the clothing and textile exports lost due to Colombia’s tariffs, and also requested WTO authorization to sanction Colombian services and intellectual property rights since several of its key industries depend on imports of Colombian goods.

Colombia convened a new WTO panel to rule on whether it has complied with the ruling, but this process, which began March 6 at a special session of the World Trade Organization’s Dispute Settlement Body, has yet to fully begin.

This sanctions panel will run concurrently with Panama’s attempts to retaliate with tariffs of its own, a reaction that in and of itself demonstrates Panama’s growing frustration with Colombia’s tariffs.

Unofficial WTO policy is to wait for the results of a compliance panel before engaging in retaliatory efforts.
This might seem somewhat dry and procedural, and normally two countries haggling over tariffs is only significant for those working in the affected industries.

But these aren’t normal times for Latin America, and this dispute touches on a few key issues that will be critical in the near future if they aren’t already: corruption and the balancing of regional and national interests as the region works toward greater integration.

Increased regional integration and a common market, long a shared goal for Latin American countries, became an even greater point of interest after shifting political tides in the US threatened to disrupt the region’s trade relationship with the world’s largest economy. Due to the likelihood of limited access to the US market, Latin American regional organizations have stressed the importance of increased trade flows between countries, strengthening economic ties and becoming less dependent on the US. Both Colombia and Panama are members of economic regional organizations in South and Central America, respectively, as well as the recently formed Community of Latin American States (CELAC).

As part of these organizations they have pledged to work together to form a strong and unified regional economy.

But trade disputes like these demonstrate that this is not always as simple as it appears. Both countries have legitimate self interest behind their actions. Money laundering has been a particularly sensitive issue for Latin America in recent months, particularly in light of the Odebrecht corruption scandal which has engulfed both countries.

Colombia, long plagued by illegal activity, sees these tariffs as a necessary step to prevent money laundering, while Panama views them as violations of the spirit of regional trade and shared economic growth. As such, both countries can argue that its actions are necessary for the continued development Latin American is striving for, making the issue more complex than simple protectionism.

This nuance is the reason both sides have been forced to move past negotiations and bring the issue to an arbiter. Whatever decision comes down will invariably leave one side frustrated, but the continuing larger challenge for Latin America will be to find equilibrium between regional and national interests and create a more stable and prosperous continent.