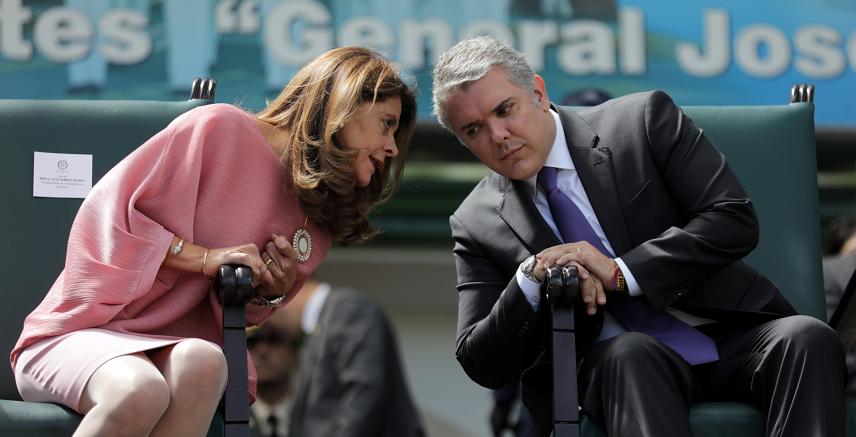 Share on:
Colombian President Ivan Duque has announced the creation of a new political body to counter Venezuela-dominated UNASUR.

The battle between left and right wing politics in South America has reached a new high.

Colombian President Iván Duque this week announced that a number of South American nations will band together to create a new regional political body named Prosur.

The organization will be aimed at fostering wider cooperation across the region, but its main target is to counter the influence Venezuela holds on another body, Unasur.

The move has been a while in the making.

Unasur was created in 2008 by former Venezuelan president Hugo Chávez to foster South American political integration and battle the long-lasting influence that the US has had in the political dynamics of its Southern neighbors, at a time when most of the region’s political leaders held leftist views.

Now, the economic and migrant crises rocking Venezuela under current president Nicolás Maduro, coupled with the election of right-leaning politicians across some of South America’s most powerful nations, has made the Bolivarian Republic increasingly isolated from its neighbors.

In a speech this week, President Duque stated that “we’ve been advancing toward the end of Unasur and the creation of Prosur… a South American platform for the coordination of public policies, the defense of democracy, independent institutions, and market economies.”

The creation of Prosur follows what many see as the death of Unasur, or at least the passing of the organization in its original form.

Unasur has been without a secretary general since 2017, and by April 2018, Colombia, Argentina, Paraguay, Brazil, Chile, and Peru had already suspended their participation.

In July, the Ecuadorian President Lení­n Moreno announced that it would strip the organization of its purpose-built headquarters outside Quito, which will now serve as an indigenous university.

He offered a “patrimonial house” in the center of Quito to be used as the new home of Unasur.

Venezuelan critics denounced the creation of Prosur as another demonstration of South American submission to the desires of Washington, a much repeated argument by President Maduro over the years.

Duque’s announcement comes just days after the Lima Group, an organization with 14 members created in 2017 to find a peaceful solution to the Venezuelan crisis (which does not include Venezuela), urged President Maduro to renounce his recent second-term victory in the Venezuelan general elections and pass on the country’s political leadership to the National Assembly, until new elections can be held.

In all, 13 of the group’s members signed a declaration stating they would not recognize Maduro’s second term and that they would do everything in their power to bar Venezuelan officials from entering their territory.

Mexico, which has been increasingly friendly toward the Maduro regime under left-leaning president Obrador, was the only country to abstain from putting its name to the message.

In recent months, Nicolás Maduro has come under increasing international pressure as world leaders accused the Venezuelan politician of election-rigging and dictatorship-like behavior.

According to the United Nations, the Venezuelan crisis has forced the exodus of over 3 million people since 2015.

Food and medicine has been increasingly lacking across the oil-rich nation, and successive attempts at controlling the economy haven’t stopped the inflation rate from skyrocketing to higher than a million percent, according to the IMF.

The left/right political debate across the region is unlikely to subside in the coming months.