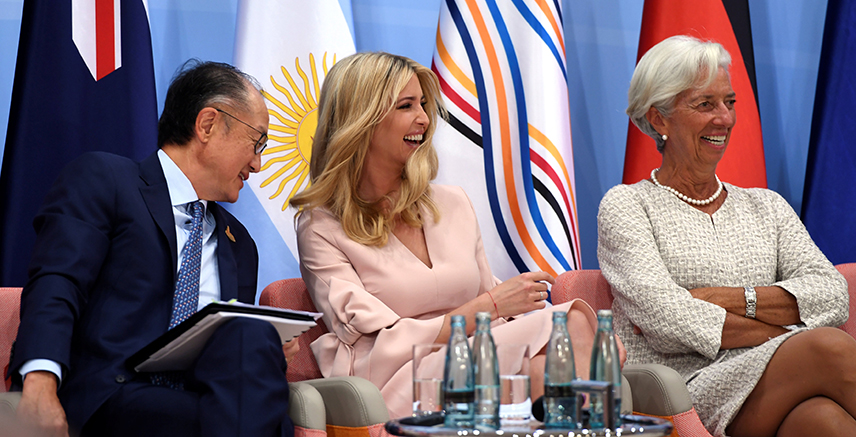 Share on:
IMF Managing Director Christine Lagarde says the organization may relocate to Beijing from Washington within the decade. A lot needs to happen—and be prevented from happening—for that to occur.

With less than a quarter (22.8%) of the world’s population, China and the US accounted for well over a third (36%) of global economic output in 2015. As Chinese growth (6.8%) continues to far outpace that of the world (2.4%), the relative weight of the world’s two largest economies will only grow all the more.

But why, one asks, are they being referred to as a single economic bloc?

The short answer is because they are by far the world’s largest bilateral trading partners; their chemistry, or lack thereof, will determine how much Nicolas Feuillatte flows at the global fíªte. The long answer: because the global economy needs governance, a task still best done by nation-states.

As we rapidly reenter a bipolar world—in economic and military if not quite cultural or ideological terms—China’s rising clout will have to be countenanced. So, too, will that of the emerging economies in general.

But how much will the US facilitate this? And to what extent will Beijing then be their voice?

If IMF Managing Director Christine Lagarde is correct, sooner than many think.

During an event at the Center for Global Development on Monday July 24, she quipped that the IMF may soon be headquartered in China if current growth trends continue to be reflected in the Fund’s voting structure.

“If we have this conversation in 10 years’ time,” she mused, “we might not be sitting in Washington, D.C.,” where the organization has always been headquartered. “We’ll do it in our Beijing head office.”

According to the IMF’s bylaws, the institution’s head office must be located in its largest member economy. Since 1945, when the IMF was founded in New Hampshire, this has always been the US.

With 16.5% of all board votes, this also gives it virtual veto power.

But as the IMF itself predicts, that preponderance is within a historical hair of falling out.

If China continues to grow at 6.5% whilst the US stumbles along at 2%, the former will overtake the latter just in time for the 2026 World Cup, ironically expected to be co-hosted by the US, Mexico, and Canada.

Should China also continue to add to its impressive medal count of late, the corpse of NAFTA may then just rise from the grave and perform a complementary dragon dance.

In Beijing’s defense, things are really only reverting to their pre-Gilded Age ‘equilibrium.’

After all, as the late British macroeconomist Angus Maddison has tirelessly shown, the US only surpassed China sometime in the 1880s to become the world’s largest economy. Prior to that, Beijing had roughly three centuries of economic ascendancy behind it.

As MLK might have said: “the arc of economic history is long, but it bends toward China.” The trick is not to bend too many others out of shape in the process.

The question, as legions of pugnacious pundits have long put it, is whether the US will go quietly.

After all, every modern remaking of the world order—the Treaty of Paris in 1763, the Congress of Vienna in 1815, Versailles in 1919, or Bretton Woods/San Francisco in 1945—only came about in the wake of global war, state collapse, revolutionary upheaval, or total war.

Should Washington cede the IMF to Beijing without firing a shot, it would mark a triumphant and unprecedented step in world history. It would almost suggest that mankind can learn from its mistakes.

But a lot can still happen between now and 2026.