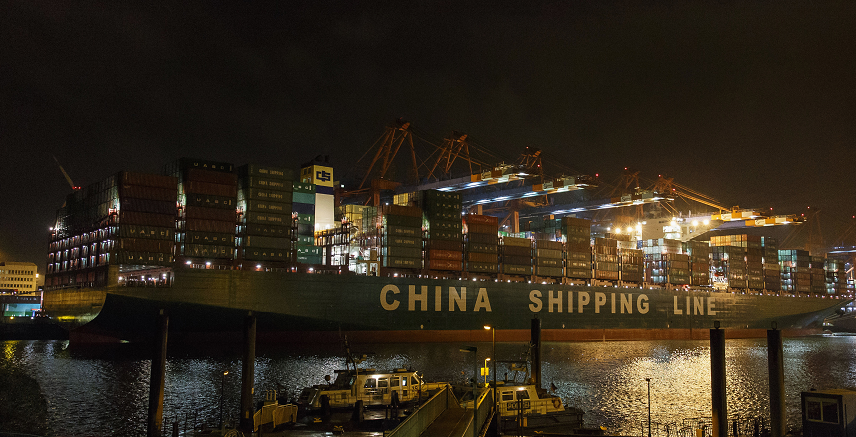 The sci-fi dream in the South China Sea

Share on:
China just announced plans to build an underwater military base managed by an artificial intelligence system in the highly disputed South China Sea.

It will be a militarized underwater facility controlled by an artificial intelligence system. According to the scientists involved in the project, this will be the world’s first AI colony and will be completely unmanned. It will host a fleet of underwater robots and operate as a deep sea research as well as a military control center.

The description of the project as reported by the South China Morning Post is nothing short of amazing.

Launched at the Chinese Academy of Sciences in Beijing, this research and defense center will be located at a depth of 6,000m to 11,000m.

At a cost of 1.1 billion yuan (USD160 million), the complex will house docking platforms for state-of-the-art submarine robots that will survey seabeds, marine life, and mineral deposits. It will also be home to the world’s first AI-run colony, which will depend on a surface vessel for power and communication but will otherwise be self-sufficient for carrying out its own research missions, process samples, and results and communicate them to the surface.

Considering that over 95% of the world’s oceans are still unexplored, this project could bring out enormous advances in science. In President Xi’s words, “there is no road in the deep sea, we do not need to chase [after other countries], we are the road.”

Though this could potentially change the way we understand our planet and marine life, it could also bring great advances in the field of artificial intelligence.

However, the project also happens to be slated for development in the South China Sea, particularly, in the Manila Trench, the only area in the region with deep enough areas for the project’s specifications. This also happens to be one the most highly disputed waterways in the world, with seven countries claiming different parts of the Sea for itself, namely China, Vietnam, the Philippines, Taiwan, Indonesia, Brunei, and Malaysia.

While most of those countries claim relatively small areas close to their coastlines, China has laid claim to it all. Few advances have been made so far in establishing territorial sovereignty in the area, which is generally recognized as international waters.

In August 2018, the members of the Association of Southeast Asian Nations (ASEAN) and China announced they had reached an agreement on the Single Draft South China Sea Code of Conduct Negotiating Text, which will serve as a base for the creation of an actual Code of Conduct (CoC) to be shared among all nations in the region.

China stated that it expected the final CoC to be concluded within three years. It is worth wondering how the construction of an underwater artificial intelligence-powered research and defense station will feature in this future CoC.

The dispute over the control of the South China Sea goes back several decades. After all, the seven countries have expressed great interest in controlling the fishing reserves, oil (estimated reserves stand at 11 billion barrels), gas and mineral resources, islands, reefs, banks, and one of the world’s busiest trade routes.

There have been many confrontations over fishing rights (by both governments and fishermen) and issues with military presence in mutually claimed territories over the years.

While the US has stated that it does not want to get involved in the dispute, it has sent its naval fleet to ensure that the main trade routes remain undisturbed on more than one occasion.

China first claimed rights to the region with a 1947 map with what became known as the “11-dash-line.”

Later corrected to a “9-dash-line,” these crudely drawn and vaguely located maritime borders have been used by the Chinese leadership to reinforce its claim on the territory for the better part of the last 70 years.

The most newsworthy contest to this claim was in a case named Philippines v. China, also known as the South China Sea Arbitration, in 2013.

The Philippines contested the validity of the Chinese 9-dash-line under the regulations of the United Nations Convention on the Law of the Sea (UNCLOS), and further claimed that since most of the Spratly Islands (an archipelago in the South China Sea that both the Philippines and China claim as their own), could not sustain life, they did not fall under the conditions to be given its own continental shelf, as UNCLOS defines.

In 2016, an arbitration tribunal gave reason to the Philippines. However, China declared it did not recognize the jurisdiction of the tribunal and that it preferred to pursue bilateral negotiations with the contenders.

These bilateral negotiations have advanced slowly, if at all. In the meantime, China is not remaining idle. Financially and militarily more powerful than any of its neighbours, it has, over the last few years, built several artificial islands and military bases across the region, with little opposition.

In May, China landed a long-range H-6K bomber for the first time in one of the islands, which it claims is now capable of providing security for the entirety of its territory.