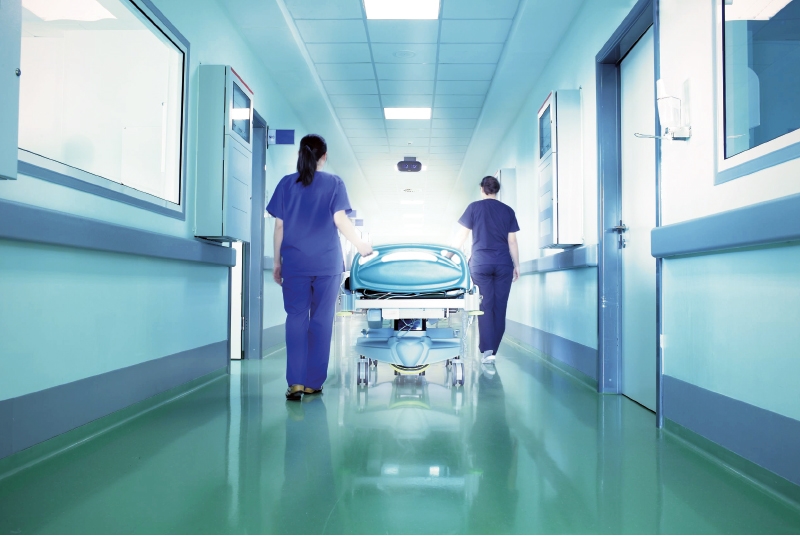 Share on:
Healthcare in Turkey has been driven by the 2013 Health Transformation Program, which aims to improve the quality and efficiency of the sector through a number of reforms. The government […]

Healthcare in Turkey has been driven by the 2013 Health Transformation Program, which aims to improve the quality and efficiency of the sector through a number of reforms. The government is also hoping to encourage the private sector to play a more defining role in the sector and invest in modern hospitals to cater to the ever-increasing population.

As of end-2013, 57.8% of hospitals are run by the Ministry of Health (MoH), while the private sector runs 34.6%, universities 4.5%, and the remaining 3.1% by other institutions, such as the Ministry of Defense. This new mandate of having an increased private sector role is evidenced by the sharp increase in the number of hospitals. In 2002, there were 271 private hospitals in Turkey, a number that almost doubled by 2013 to 503, and this number has been growing at 6.5% annually. There are 62 university hospitals across the country, and 45 hospitals that fall into the “other” category. Across the country, there are over 1,453 hospitals in all categories, with 38% of those in Istanbul, which accounts for 18.3% of the total population.

Overall, there are 194,504 hospital beds in Turkey. The vast majority of those are in the public sector, which accounts for 62.4% of the beds at 121,297. While university hospitals only represent 4.5% of hospitals, they actually make up 17.9% (34,802) of the beds, higher than that of the private sector at 16.3% or 31,648 beds.The average amount of beds per hospital across all sectors is 134, which in MoH hospitals is 144, university 228, private 63, and others having an average of 150. The number of beds has been increasing by 1.9% CAGR for the last decade from 164,471 in 2002 to its current level. As part of the government’s plan to improve standards, it is predicted that at least a further 95,000 beds are required around the country to at least maintain the current level of standards as the population and economy grows. The cost of such an upgrade is expected to be around $14 billion.

According to the latest statistics, 337.8 million patients visited a hospital in 2011, with almost 96.6% of them outpatients and just 3.4% inpatients. The average annual rate of visits per capita of MoH hospitals was 3.4, while across all sectors it was 4.5. The average length of stay was 3.9 days, somewhat lower than developed nations around the world, such as in Japan, where patients stay an average of 18.2 days, Germany 9.5 days, the UK 7.7 days, and in France 5.7 days. The occupancy rate of beds increased over the decade from 59.4% in 2002 to 65.5% in 2011. Turkey is also trying to implement the concept of a general practitioner (GP) in an effort to avoid unnecessary visits to the hospital and offer primary care. The GP will act like a door to the healthcare system, especially in rural areas and places without easy access to a hospital. However, due to a lack of qualified GPs, the system has not been fully implemented and is taking longer than expected to get off the ground. One of the greatest challenges that the health sector in Turkey faces is the highly centralized nature of its health services. Rural access is often limited, meaning patients have to travel to major cities to receive treatment. The government is hoping to decentralize its health services, with the concept of a GP being on the front line of this tactic.

To help achieve its target of an addition 95,000 beds, Turkey has undertaken the construction of some major new hospitals, the largest of which will be the Ankara Etlik Integrated Health Campus. Once complete, it will be biggest healthcare campus in the world, covering 1.4 million sqm with 1.07 million of enclosed space. The hospital will be split into nine smaller hospitals to serve different sectors and have a total bed capacity of 3,566. It is the largest public-private partnership (PPP) undertaken in the healthcare sector Turkey at a cost of TL2.4 billion ($1.1 billion). The campus will incorporate general branches, orthopedics, neurology, cardiovascular, gynecology, oncology clinics, and over 100 surgery rooms. It will also have a hotel, shopping mall, and commercial area. The project is still in the investment stage with the main contractor and investor being Astaldi.

Another major project on the horizon is the Istanbul İkitelli Integrated Health Campus, a major new complex consisting of seven hospitals covering 750,000 sqm of land. The Emsaş Construction Company of Turkey is leading the team while Allen & Shariff Corporation will provide project management and commissioning services in the new PPP. The project is expected to take three years to design and construct and be in service for 25 years. It will provide general hospital services, orthopedics and neurology, cardiovascular, pediatric, maternity, oncology, psychiatric, and physical therapy and rehabilitation services.

Since 2009, Turkey’s healthcare budget has represented 6.7% of GDP. Before this, the budget share stood at 6%. The increase was due to a nominal decrease due to the global financial crisis; therefore, the government resorted to increasing its percentage to continue on the upward trend of an increased budget for the past decade. As the economy recovered after the crisis, the budget increased significantly and, in 2011, was at $51.91 billion compared to $21.56 billion in 2004. Turkey’s healthcare expenditure as a portion of GDP is higher than many other emerging market icons, such as China (4.7%), Russia (5.3%), and India (5%). Turkey also has a considerably higher healthcare expenditure of GDP than all of the GCC, with Bahrain at 3.8% being the closest; however, Turkey still lags behind OECD mainstays, with the closest being Finland, which spends 9% of GDP on healthcare, and much further behind countries such as the US (17.7%), the Netherlands (11.9%), and France (11.6%).

As part of the government’s aim to increase the coverage of quality and efficient healthcare, in 2007 it initiated new legislation that would mean every citizen would be able to access free primary care, even if they were not covered by social security. The change unified the three previous social security agencies into one, the Social Security Institute of Turkey (SSI). With the implementation of the SSI also came the Universal Health Insurance Fund (UHI Fund), which was established to create a central payment system for its citizens. In private health insurance, the sector was given a real boost when the government introduced regulatory amendments in 2010 that allowed private hospitals to apply a higher surcharge ratio. The private health insurance market has experienced a significant amount of growth, at 14.1% CAGR between 2005 and 2011, to reach 2.2 million policyholders. Of these holders, 1.4 million are individual holders, and controlled 63.7% of private healthcare demand in 2011. Private health insurance, especially individual insurance, is expected to continue to grow into the near future as the government tries to maneuver more public patients into the private sector.

The pharmaceutical industry in Turkey has been experiencing some incredible growth over the last decade, largely due to increased exports. The sector is now worth TL15 billion as exports have risen by 58.6% over the last five years. The main markets that Turkey exports to are Germany, Iraq, and Switzerland, with exports totaling $512.1 million in 2011 compared to $322.8 million in 2007. There are over 300 firms active in the local pharmaceutical industry with the top-20 firms representing 65% of the domestic market, while the top 50 represent 85%. Even though 80% of the 1.6 billion boxes of drugs consumed are produced domestically, the remaining 20% of imported drugs make up 50% of the value of consumed drugs. However, low drug prices and increasing costs are threatening to put a dampener on this impressive growth, which is likely to force consolidation in the market.