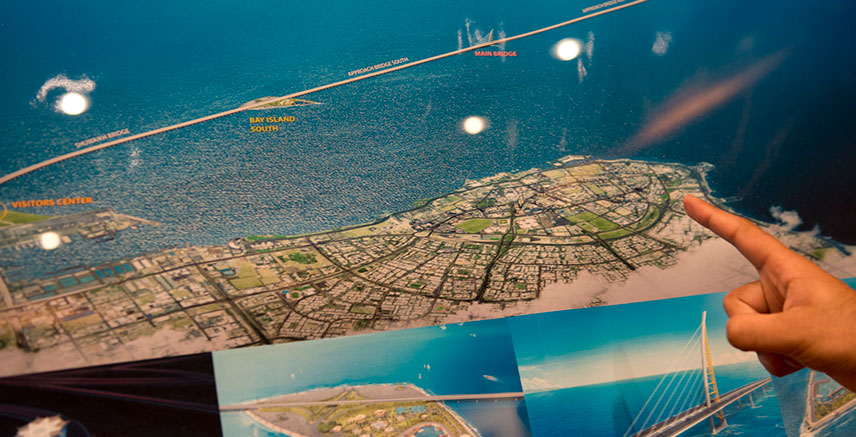 Share on:
Massive investments across several sectors, in particular infrastructure, energy, and healthcare, will continue to drive construction activity in Kuwait.

At times overshadowed by its flashier and bolder neighbors in the GCC, Kuwait has a clear and ambitious plan to develop the country and build up its infrastructure, transport facilities, and its energy mix. The government is sparing no expense or effort on its development plan, and the construction sector in particular is set to be the largest recipient of state funding, one of the largest in the region even though lower oil prices have dampened spending in most oil-exporting countries. The amount of construction projects has consistently grown in recent years, jumping from USD25 billion in 2014 to USD47.2 billion in 2015, and the National Bank of Kuwait (NBK) noted in a report that the government sought to sign up to USD55 billion in contracts for 2016 to ensure that development projects would continue as planned. Given the slew of contracts across a vast array of sectors, the Kuwaiti construction sector has seen consistent growth even in challenging times in the region, posting a compound annual growth rate (CAGR) of 5.23% between 2011 and 2015. Timetric in a report on the Kuwaiti construction sector predicted that the various initiatives by the government to boost infrastructure development will ensure that the sector will see a CAGR of 6.44% from 2016 to 2020. Infrastructure construction in particular comprised the third-largest market in the local construction industry in the last five years, accounting for 20.5% of the total industry’s value in 2015. The market grew at a CAGR of 8.82% that year, increasing from KWD446.8 million in 2011 to KWD626.6 million in 2015. Timetric in fact believes infrastructure construction will grow to be the largest sector in the country by 2020 and record a CAGR of 19.22%, worth USD5 billion in total and primarily the result of the government’s grand infrastructure plan.

To support a further increase in private participation and entice private-sector companies to work on the many multi-billion-dollar infrastructure projects in the country in the coming years, Kuwait has revamped its public-private partnership (PPP) legislation, which has subsequently led to an uptick in PPP activity. A slew of foreign and domestic investments has come in on projects to develop Kuwait’s road, railways, highways, and port infrastructure. In particular, amendments were made to the Direct Investment Law, PPP Law, and Capital Market Authority Law to provide greater clarity on the exemptions available to foreign investors and the associated procedural requirements, cutting down on red tape, for example new regulations that allow companies to be set up in just 30 days. The 2015-2019 Development Plan envisions the participation of the private sector through at least eight PPPs and the NBK expects the total value of awarded projects in 2017 to reach USD38.1 billion. Mutlaq Mubarak Al-Sanei, the General Manager of the Kuwait Authority for Partnership Projects (KAPP), the agency behind such projects, noted in an interview with TBY, “It is a challenge to introduce PPP laws to Kuwait’s business culture and guide it to adapt and adjust. We have to disseminate awareness of such projects and their requirements, as institutions need time to adapt and deal with this new culture successfully.” Commenting on the status of key projects in the country, Al-Sanei said, “While some projects such as the Kuwait National Rail Road Project or South Al-Jahra Labor City are in the pre-tender phase, others such as the Az-Zour North Power Generation, the Water Desalination Project phase 2, the Umm Al Hayman Wastewater Project, and the Municipal Solid Waste Project are currently under tender.”

The lion’s share of awarded contracts in 2016 was in transport infrastructure, with the sector accounting for 34% of the value of planned projects in 2016. The Ministry of Public Works’ USD11.3 billion-plan for infrastructure projects in 2016 featured several key projects. One of the largest is the Sheikh Jaber Al-Ahmad Al-Sabah Causeway across Kuwait Bay, built at an estimate cost of USD3 billion and linking Kuwait City and the Subiyah area. The project, one of the largest and most challenging transport infrastructure projects not just in Kuwait but in the Middle East, is set to be completed in 2018 and will include a 36km, cable-stayed bridge and two man-made islands measuring 30ha in total. The islands will feature government buildings, a marina, and green spaces. The ministry in 2016 also awarded a contract for the construction of a terminal at Kuwait International Airport. Due to be completed by 2022, the USD4.4 billion project involves the construction of a new terminal building over an area of 708,000sqm able to accommodate 25 million passengers a year, 51 gates, a 400-bed hotel, waiting rooms, and parking for 5,000 vehicles. The government also separately launched work on development projects worth USD4 billion for the construction of new roads and bridges across the country and upgrading existing road networks. Other projects on the cards include a USD600 million road connecting the sixth ring road to the Salmi border crossing with Saudi border, developments of the North and East Regional Highway estimated to cost USD1.6 billion to facilitate the growth of inter-regional and international trade with GCC states, and 18 different contracts worth USD541.5 million to construct and repair roads all across the country. In June 2016, the Ministry of Public Works also awarded a USD1 billion contract to an Italian-Turkish consortium for major infrastructural works for the South Al Mutlaa City project, which will house close to 400,000 people when completed. South Al Mutlaa is the first of five major new cities being developed by the Kuwaiti government.

Given that about 95% of Kuwait’s total export earnings come from the oil and gas sector, it is no surprise that energy and utilities construction comprises one of the largest markets in the Kuwaiti construction industry, accounting for 26.1% of the total value in 2015. Kuwait Petroleum announced in 2016 the country had earmarked USD98 billion for oil projects over the next five years, including the construction of four gathering centers, a new 615,000bpd refinery, a project to upgrade two refineries under a clean fuel project, and a platform for LNG imports. In addition, some USD4.8 billion of the total USD12 billion in contracts awarded in Kuwait in the first nine months of 2016 were oil and gas-related contracts. According to the NBK, one such project is a USD2.9 billion contract handed out by the Kuwait National Petroleum Company for the construction of a LPG import and regasification terminal. The Kuwait Oil Company also conducted tenders for three projects worth USD5.7 billion on a Jurassic non-associated gas reserves project that seeks to produce 10,400 tons of natural gas a day. Other projects in the pipeline include a USD480 million project to develop the Sabriyah and Umm Niqa fields and a USD785 million pipeline to connect the Al Zour oil refinery in the south and the South Tank farm in Ahmadi. The Kuwait National Petroleum Company also seeks to develop a refinery near Kuwait City with the capacity for 615,000bpd, which is expected to be the largest chemical plant in the world when it opens. In addition, given the national aim to increase the share of energy generated from renewable sources to 15% by 2030, the power sector similarly is expected to continue to receive significant funding. One such key project is the Az Zour North independent water and power project (IWPP) during the first half of 2017. KAPP’s Al-Sanei affirmed that the agency had received the bids for phase two of the Az Zour North IWPP, noting that “The Az-Zour Phase I project has been proof of the huge success of PPPs and its benefit to the economy.”

Financing of construction projects in healthcare was also one of the main drivers of the construction industry’s growth in 2016. There are currently more than 20 large-scale mega healthcare projects currently in the pipeline in Kuwait estimated at USD12 billion, Business News Construction (BNC) reported in 2016. In addition, six of the largest 10 projects in Kuwait in 2016 are based on the construction or refurbishment of hospitals, worth approximately USD5.5 billion in total. The largest such project is the Kuwait Maternity Hospital, a USD790-million, 600-bed hospital that can accommodate 36,000 births annually. Other projects in the healthcare sector awarded in 2016 include the Jaber Ahmed Al Jaber Al Sabah Hospital over an area of 47,000sqm and valued at USD1.6 billion, an expansion of Farwaniya Hospital estimated to cost USD1 billion, and a dedicated children hospital set to cost USD850 million.

With extensive funding for major infrastructure projects, a revamped approach to PPPs, and key developments across major sectors, the only way forward for Kuwait’s construction is up.