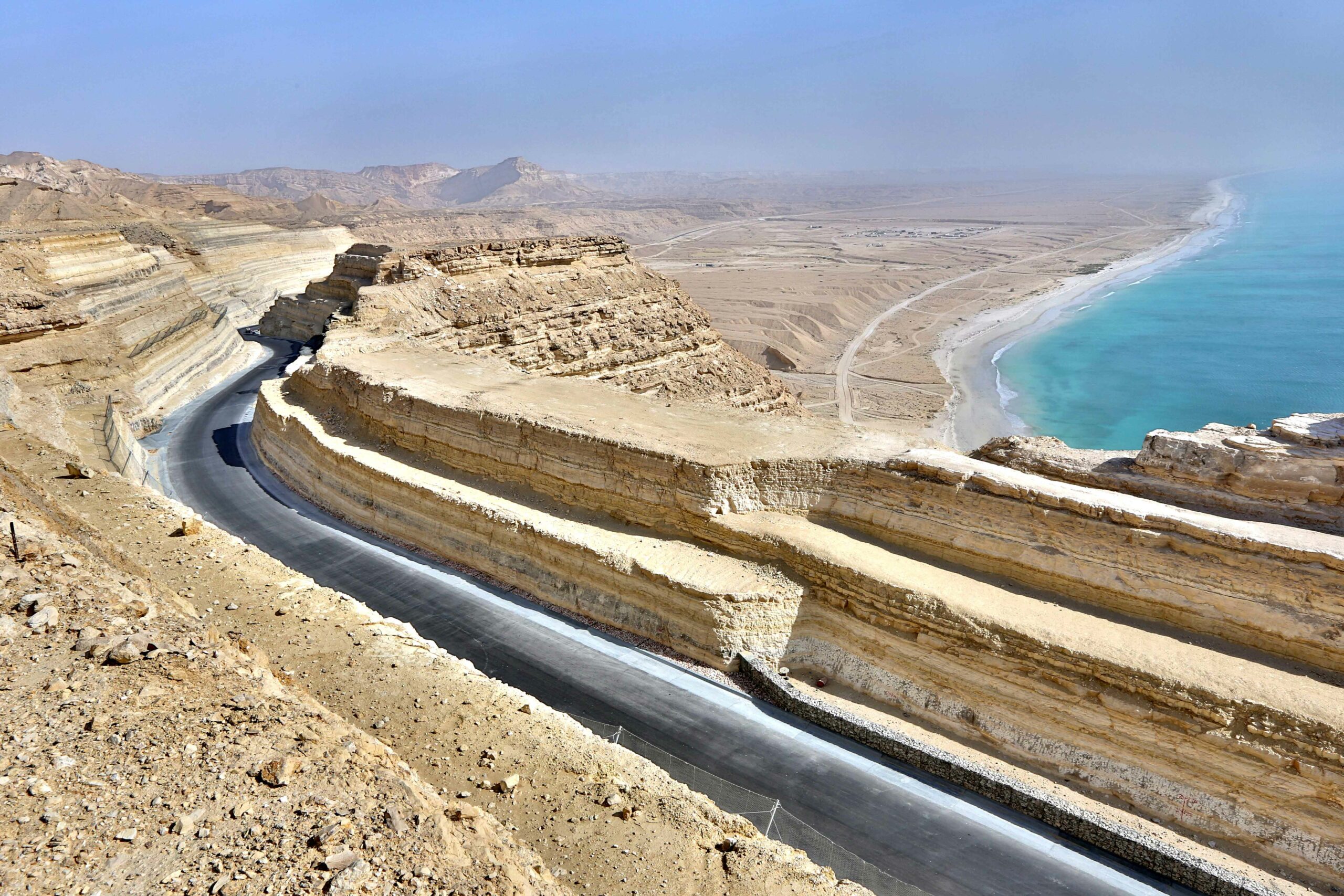 Share on:
Oman’s construction sector has played an integral role in promoting economic growth and development, as industry insiders indicate that the $6 billion-industry is recording a Compound Annual Growth Rate (CAGR) […]

Oman’s construction sector has played an integral role in promoting economic growth and development, as industry insiders indicate that the $6 billion-industry is recording a Compound Annual Growth Rate (CAGR) of 7% since 2013. The sector has seen maximum YoY growth since 2014 in terms of the value of projects awarded.
The construction industry distinguishes itself as being one of the largest contributing sectors outside of oil. And as oil prices experienced steep declines in the second half of 2014 without experiencing significant recovery in 2015, the construction sector has been viewed as an industry that can sustain the growth that it enjoyed in years prior.

According to a report recently released by Deloitte, the total value of projects classified as either planned or underway is approximately $150 billion. The ten largest projects are the Sohar refinery expansion projects, valued at $2.1 billion; the Muscat and Salalah international airport expansion of the passenger terminal: MC3 at $1.8 billion; Sur IPP at $1.6 billion; Muscat and Salalah international airport expansion: MC1 at $1.3 billion; redevelopment of Salalah international airport: MC5 at $760 million; phase 3 of the Sohar steel complex expansion at $560 million; Muscat and Salalah airports: cargo terminals and MRO hangars: MC12 at $510 million; Musandam oil and gas processing plant at $480 million; Salalah ethylene dichloride and caustic soda facility at $450 million; and the second phase of the Sohar steel complex expansion at $400 million.
Moreover, according to Deloitte, there is a six-month temporary extension period for those issuing visas to private sector construction workers. In total, the value of engineering, procurement and construction (EPC) contracts on oil and gas projects through 2013 amounted to $2.9 billion.

According to official government statistics from August 2014, a total of 29,636 land plots have been granted by the government. 236 of these plots were designated for government use, 502 for industrial, 1,913 for residential/commercial, 506 solely for commercial, and 26,452 for residential only.

The cement industry provides key insight as to how the construction sector as a whole is performing. Figures released from the two dominant cement companies in Oman—Raysut Cement and Oman Cement Company—keep a pulse on trends and forecasts, and recent numbers suggest that the sector is experiencing a slowdown in production. In February, Oman Cement Company recorded a 2014 net profit decline, falling 12.8% from $39 million to $34 million. According to the trade publication Construction Week Online, the company explained that the slump was in large part due to lower volumes of cement sales, as well as lower clinker production and an increase in the volume of clinker that was imported. Imports for clinker were higher for the company due to a shortfall with one of its kilns being temporarily closed in order to improve capacity. The $39 million project to install an additional mill of 150 tons per hour (TPH) capacity with infrastructure of cement silos and bulk dispatches is currently in progress with an expected completion date during 4Q2015.
The company’s sales quantities reached 2,078,937 tons of cement during 2014, compared with the 2,101,631 tons sold in 2013, which is a decrease in sales of 1.1%. In terms of value, sales dropped over 2% from $136 million in 2013 to $133.4 million. The company points to the government’s recent decision to more than double the price of natural gas as having a significant effect on the company’s—and industry as a whole—performance.

Similarly, according to Reuters, Raysut Cement recently announced a 33% drop in net profit in 2Q2015, falling to $12.8 million from the $19.1 million in the same period of 2014. Additionally, Raysut posted a first-half post-tax profit of $28.5 million; during the same period in 2014, the company reported $40.5 million. First quarter profits also fell by 26.7% in 1Q2015 due to the aforementioned hike in natural gas prices and increasing transportation costs. According to company figures, profits fell from $21.4 million to $15.6 million. In addition to rising costs, the company also cited the recent political upheaval in Yemen—one of Raysut’s main export markets—as having a significant impact on the volume of sales. The company experienced a 2.98% decrease in cement and 46.4% increase in clinker, having sold 976,019 tons of cement and 3,958 tons of clinker sales during 1Q2015, compared to 100,6024 tons of cement and 7,384 tons of clinker during the same period in 2014.

By late September, the construction sector was on track to have a record-breaking year, as the total value of projects awarded stood at $11 billion. 2014 had previously held the record at $14.8 billion. The energy and oil and gas markets helped propel the growth the industry has seen, as several new deals—including BP’s $14 billion Khazzan gas project, the $900 million Yibal Khuff gas development, and the $600 million Miraah solar plant project—put construction levels on pace to overtake last year’s totals.
And yet there are still projects to be awarded before the close out of the year. According to The National, the first phase of the Oman Rail project—expected to cost more than $1 billion—as well as four multibillion dollar packages on the new plastics refinery spearheaded by Oman Oil Refineries and Petrochemicals Industries (ORPIC) at Sohar Port and Industrial Zone.

Industry insiders acknowledge, however, that to best last year’s record, several major contracts will have to be awarded by the end of the year. Given that most of these are entering advanced stages of tender evaluation, most believe that the record will be broken.

The impact of falling oil prices over the past year has, however, raised concerns in the sector that the growth will stall, with analysts pointing to the fact that contracts are not being awarded at the same pace as they were in the same period during the past several years.

Buoying the industry are the real estate and healthcare sectors. Most recently, Oman’s Housing Ministry floated three tenders to build both single and twin villas in Liwa’s residential areas as part of the government’s plan to increase available housing. The tenders are floated for three different zones—B, C, and E—consisting of multiple housing units in a new residential area.

Additionally, the Ministry of Health has recently announced that it is pursuing its plans to expand health services in order to meet the demands of the increasing size of the population. The ministry announced five new hospitals in the governorates of Musandam, North Al Batinah, North A’Sharqiyah, and South Al Batinah.
The tourism sector is also helping to boost construction, as the government is allocating significant financial and human capital resources to develop the industry while simultaneously diversifying its economy. The government founded OMRAN—the Oman Tourism Development Company—aims to tackle the major projects outlined and manage the assets and investment pumped into the tourism sector. Recently announced projects include a $78 million deal for OCEC Crowne Plaza in which OMRAN has partnered with Bank Sohar as the chief financial partner, with a slated opening date for sometime in 1Q2016. Speaking at the ceremony finalizing the deal, Eng. Ali Al Rasbi, the acting CEO of Omran noted that, “Omran’s role extends beyond that of a master developer. We also act as a catalyst for attracting and enabling national and international investors to take part in bringing our unique projects to life. We have noticed an increasing appetite from investors to become involved in the nation’s rapidly growing tourism sector. Through agreements such as this, we are catering for such enthusiasm and at the same time enabling greater development within the sector.“

A significant variable affecting the construction sector are the stringent requirements imposed by Omanization efforts. Many contracting companies report issues recruiting enough Omanis to meet the 30% threshold mandated by the government. Industry heads claim that the reputation of construction jobs is a significant barrier to attracting nationals. Additionally, the government has moved to make it complicated to obtain valid visas for expatriates for private construction jobs; the only instance in which the government will provide a visa is for government projects.