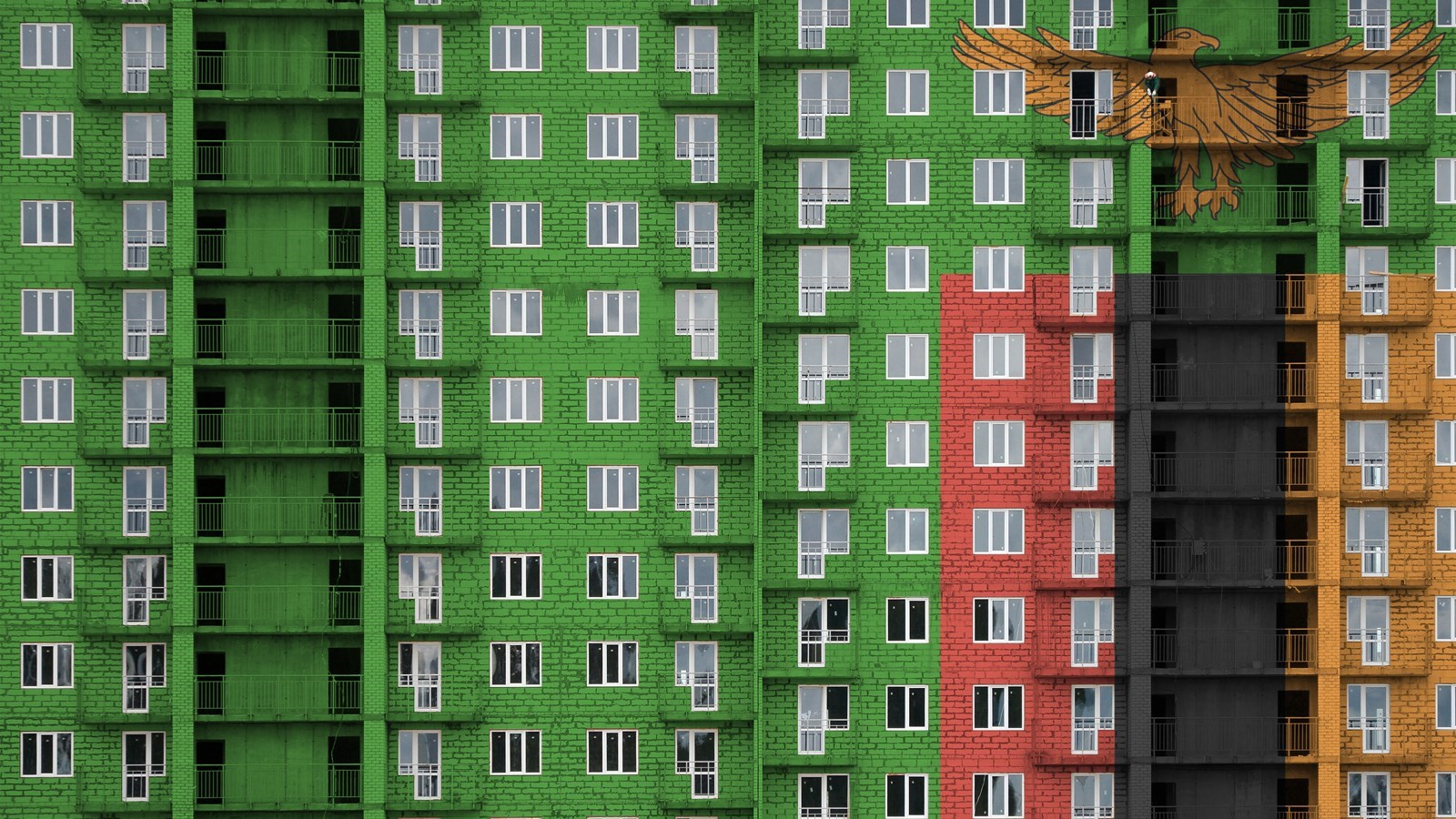 Share on:
A flurry of activity in the construction sector is expected to lead to further development in rural areas.

For all industries in Zambia, 2016 was a difficult year, with the global recession, political uncertainty during the election, and commodity prices taking their toll. However, several key sectors stood out for their performance, among them building and construction. The sector has long been a star performer, steadily growing at an average of 17.5% annually over the last decade, Director of Buildings at the Ministry of Works and Supply Danny Mfune told the press in late 2016. As of 2014, the sector contributed 27.5% to GDP growth, reaffirming its significance as a key catalyst in the country’s economic development.

Activity in the sector has long been supported by infrastructural projects initiated by the government, and in recent years there were significant investments made in the education, transportation, energy, health, housing, communication, and power generation sectors. Private-sector investment has continued to feature in the industry as well, with investment projects seen particularly in the mining sector as well as in the areas of real estate, particularly houses, shopping malls, and offices. The uptick in activity in the country is similarly reflected in investor confidence: The Zambia Development Agency (ZDA) in early 2017 announced that a total of USD3.4 billion in FDI had been registered in the country in 2016, a YoY increase of 0.7%. The construction and real estate sectors each recorded 9% of total pledged investment, just behind the energy, manufacturing, and agricultural sectors.

The government has acknowledged the importance of infrastructure development as a critical parameter of a country’s development and that the existing gaps across all sectors have to be addressed, putting infrastructure construction on its agenda. In its 2017 Budget, the government of Edgar Lungu highlighted several key areas that would receive funding. Of note, ZMK8.6 billion was allotted for road infrastructure projects; ZMK1 billion especially for various infrastructural projects for the education sector, including schools, universities, colleges, and training institutes; and ZMK822.8 million was set aside to rehabilitate and construct water supply and sanitation infrastructure and solid waste management systems across the country.

The sector, however, has had to battle several challenges in the form of rising prices of raw materials, a decline in the value of the kwacha, and a lack of regulation in the industry that has at times resulted in shoddy work practices and inflated costs. Ministry of Works and Supply’s Mfune had acknowledged the shortcomings in this area, and said the government is reviewing National Council for Construction (NCC) Act No. 13 of 2003 to address existing gaps in the industry and upgrade it to better match the country’s current needs.

The upsurge of construction projects in the country saw positive spillover effects in the form of increased activity in the transportation, logistics, cement, and steel industries, and increased cement consumption in the country overall. As a result of the construction boom across the country, the Zambia Development Agency predicted an increased demand for steel from 200,000 tons in 2011 to 300,000 tons by 2016. Cement producer Dangote, similarly, saw a business opportunity in Zambia with growing demand for cement and supply deficits. Its new plant, with a capacity of 1.5 million tons, opened in 2015 and resulted in prices of cement falling drastically while projects that had been placed on hold were revived. Dangote Zambia CEO Desmond Maharaj told TBY, “Our arrival was hotly anticipated. … With Dangote’s entrance, cement prices have come down and stabilized. Stability was vital, as it afforded people the opportunity to plan longer-term projects more accurately.” In addition, given the higher cement prices in neighboring countries, he noted that “even with transport costs, our prices are competitive,” opening up export possibilities for the company. Similarly, given Zambia’s ambitions to become a regional logistics powerhouse, the logistics sector is seeing similar construction frenzy in areas such as road and rail networks, warehouses, and logistic parks.

Chief among the government’s priorities is transportation. The lion’s share of its infrastructure budget has been reserved for road networks projects, among them the Link Zambia 8000 project, which seeks to upgrade and pave close to 8,200km of roads across the country at a cost of USD5.6 million, the Pave 2,000 project, which will rehabilitate 2,000km of roads using interlocking concrete pavers, as well as the L400 project to construct up to 400km of roads in Lusaka at an estimated cost of USD348 million. Phase I of the Link Zambia 8000 project saw close to 4,000km being completed as of 2016, with the remainder expected to be competed by 2021. When completed, the road network, which will connect several provinces and regions, will significantly reduce travel time and transport costs in the country, and play a pivotal role in spurring the economic development of rural areas. Dangote’s Maharaj was in agreement, telling TBY, “The road infrastructure of Zambia is difficult to negotiate. There is a great deal of development needed. The building of new roads connecting parts of the country will surely increase commerce.”

Another key area is air travel. Several projects are underway to construct new airports and modernize existing airports across the country. The largest project is the upgrading of Kenneth Kaunda International Airport (KKIA) in Lusaka at a cost of USD360 million and expected to be completed by 2019. The Minister of Works and Supply announced in November that 33% of the project had been completed and that the expansion works of Zambia’s largest airport has resulted in the employment of over 1,000 Zambians. Another key project is the construction of an airport of international standards in Ndola in the Copperbelt region. Set to cost USD522 million, the new airport, with a capacity for 1 million passengers annually, is expected to firmly cement the Copperbelt as a key mining, industrial, and air travel hub in the region. The construction project includes hangars, an air control tower, a fire station, a five-star hotel, a cargo terminal, a passenger terminal, and parking space.

The real estate sector, in particular housing and commercial property, has been a hotbed of activity. The largest opportunities lie in the affordable housing sector, where estimates have put the shortage of housing units in Zambia at 2 million, requiring urgent action from the government. It seeks to increase the existing stock of affordable and quality housing and is championing private and public investment to boost construction of housing development projects and plug the supply gap. The Centre for Affordable Housing Finance (CAHF) in Africa had noted the presence of a substantial gap in the market between what companies were offering and what homeowners could afford in Zambia. In 2016, the going rate for a newly built two-bedroom, 65sqm house was about USD24,382 at the minimum, while developers targeting young professionals were building houses in the range of USD60,000-100,000. With several housing development projects urgently required all over the country—the National Housing Authority (NHA) has over 10,000 project proposals with a combined cost of GBP16.6 million for the construction of various housing types—measures have been enacted to encourage greater investment in the sector, including easy access to land, easy repatriation of profits, duty-free imports of certain raw materials, and the removal of foreign exchange controls for investors.

In terms of commercial space, meanwhile, as with any up-and-coming country, Zambia has seen a boom in shopping malls and offices in the last several years. Growing consumer demand from the emerging middle class in Zambia has for the last several years driven the boom in construction of shopping malls and developers are going all out to provide shoppers with better and larger shopping and entertainment facilities. Sydney Popota, CEO of Real Estate Investments Zambia (REIZ), which manages Arcades Shopping Mall in Lusaka, has ambitious expansion plans. He told TBY the company plans to “expand the Arcades Shopping Mall from 19,000sqm to nearly 30,000sqm, adding 10,000sqm in two phases.” Outside of Lusaka, REIZ has plans “to open in up-and-coming provincial towns, such as Choma in the southern province. … We also look at border towns as we see great potential there.” However, the company’s strategy is not a one-size-fits-all: “Solwezi is the new Copperbelt, so again, we will focus our attention there. … However, we will avoid retail as the mall market there is already saturated. Instead, we plan to build offices and residential and industrial properties.” In Lusaka, Popota also notes the lack of warehousing facilities that are up to international standards and sees potential opportunities there as well. Mei Mei Dolla Hill Shopping Mall in Ndola, noted for being Zambia’s first-ever wholesale city, similarly provides warehousing and storage facilities for companies in addition to featuring an amusement park, a shopping mall, residences, five-star hotels, and a shopping mall to serve the surrounding regions. The first phase of the USD50 million-project was completed in 2016, and the entire city is expected to be completed by 2025.

The many projects being initiated across the country are expected to drive economic growth, employment, and development, and the attention given to infrastructural construction in particular is encouraging. Kelly Kalumba, Managing Director of Green Code Architects, noted to TBY: “Since the beginning of this year things seem to be turning around. Many projects that were on hold are now being taken up again, and it is becoming easier to secure funding for large-scale developments.” He told TBY the fact that the government and the private sector are expected to embark on new projects is promising and he anticipates a great deal of movement and growth in the sector.