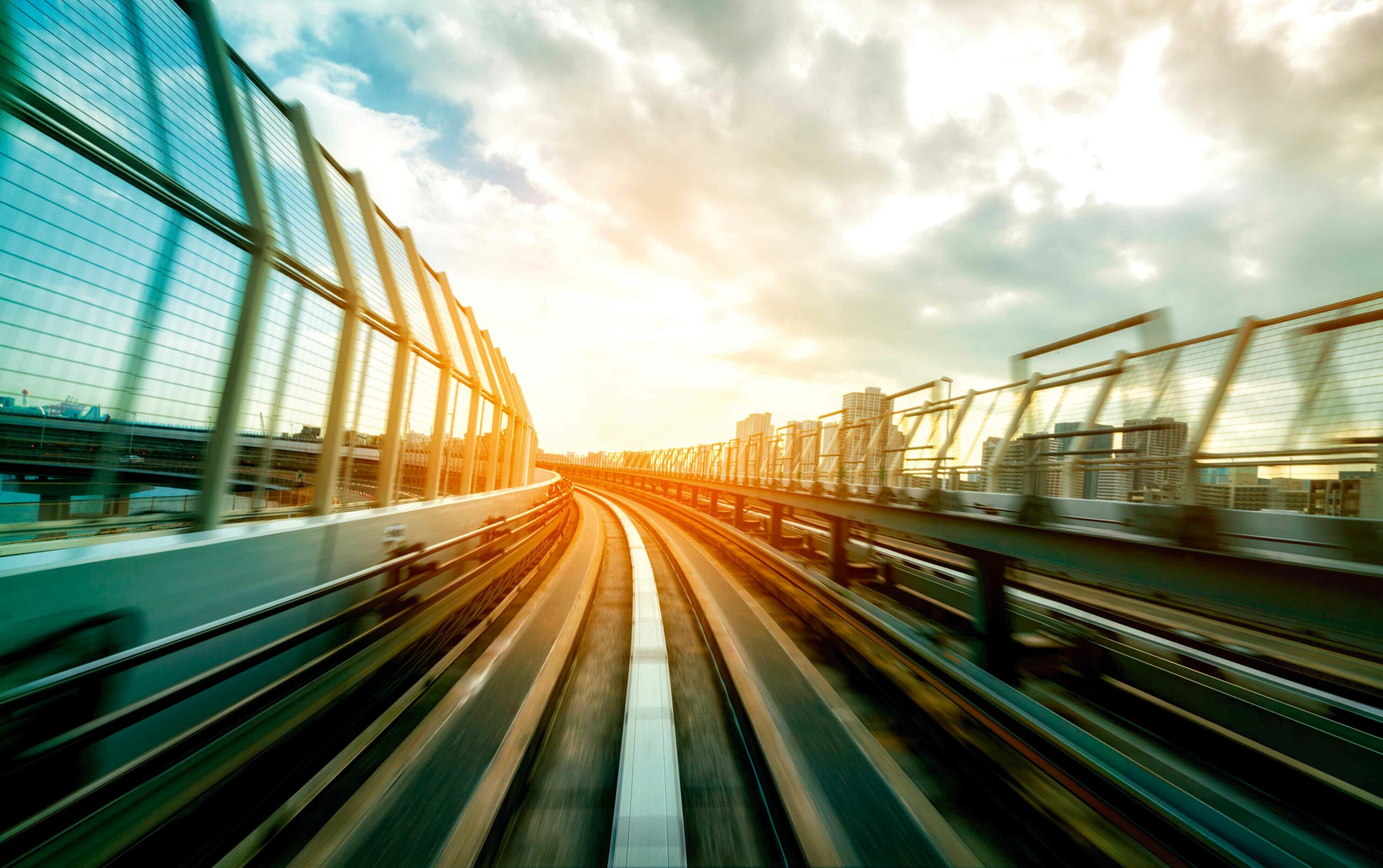 Share on:
Lebanon is borrowing and spending big in an attempt to revive its transport infrastructure, with a potential role as the main hub for the future reconstruction of Syria.

Lebanon is increasingly feeling the pressure to upgrade its transport infrastructure, as the future reconstruction of Syria looks set to become a real economic catalyst in the region. In fact, the World Bank estimates that the post-war reconstruction of the country could be worth USD200 billion. The whole endeavor is also likely to revive infrastructure projects in the northern region of Lebanon, near the Syrian border, if the proper investments are introduced in time. Lebanon’s Prime Minister, Saad Hariri, has been affirming the country’s plans to reverse the effects of the internal fighting that has damaged the local economy, especially in the city of Tripoli. Hariri has specifically referred to Tripoli, which is set to play a key role in the forthcoming reconstruction of Syria and Iraq due to its strategic location. Major projects put forth by the government include road and highway development in west and the east, the re-launch of the Rene Mouawad Airport in Qleiaat, boosting the role of the Lebanese University—the state’s only public university—and strengthening the city’s port and the Tripoli Special Economic Zone, not to mention the development of the northern railway. The government hopes that, if successful, the revival of Tripoli’s economy will trigger the rebound of the Lebanese economy as a whole.

The Port of Tripoli, the second port of Lebanon, is undergoing an expansion that, when completed, will connect the port with surrounding infrastructure, including the railway and roads. The second part of the second phase of the Port of Tripoli’s extension was launched in 3Q2016 by the Ministry of Public Works and Transportation and includes an expansion of the container storage area from 24,000sqm to 70,000sqm. The development cost an estimated USD8 million. The remaining steps of the second phase are expected to carry a higher cost of USD41 million, this time with the expected support of international organizations such as the Islamic Development Bank and the World Bank within the framework of their decision to help the Lebanese economy out of crisis.

Chadi Houkayem, General Manager of Maersk Line, told TBY that 2016 had been a tough year for the shipping industry, with most lines declaring losses as a result of deterioration in rates. He explained, “The industry is ultimately relying on demand, so if there is not much, then competition comes into play and rates start falling. This is what we have seen over the past year. For this year, the priority is to rebalance the freight. The line is no longer willing to operate under losses, which is not healthy for any business. It means we will have to push the rates at any possibility, at least to cover the cost. For most of the year cargo was moving in containers in loss generating moves. For this year, the priority is on making profit.”

Houkayem thinks that given the current market size, the Beirut Port is capable of meeting the demand. But he predicts that if things start moving in Syria, the port will be facing some challenges in terms of terminal capacity as the construction in Syria will demand a lot of incoming cargo. He further explained, “Considering the capacity of the Syrian ports, it will not be enough to cope with this surplus of cargo. Beirut will be the best option. We are not operating in Tripoli; it is different from how it was years back. Tripoli now has a new key and terminal as well as a new operator, Gulftainer, which has a good reputation in the area. It has plans to play a role in the country as well. That will definitely ease the pressure on Beirut.”

Mohammad Chehabedinne, Director General of Civil Aviation of the Beirut-Rafic Hariri International Airport, the only operational public airport in Lebanon, shed some light on the capacity outlook of the airport. He said the 2016 number of passengers in the airport increased to 7.6 million, but the current halls of the airport were unable to accommodate this figure, thus the need for an expansion. A master plan is being prepared by the consultant Dar al Handasah for the terminals to accommodate 9-12 million passengers. He further specified that the expansion project is going to need financing, most likely through a public private partnership, and that this will require a decision from the cabinet.

Furthermore, the Ministry of Finance has transferred USD28 million for security upgrades at the airport, and this amount will be disbursed through five tenders for the acquisition of systems, including scanners and X-ray machines that will mainly be used for vehicles and stowaways, and dual-view X-ray scanners that can detect explosives and narcotics. The airport will also purchase body scanners as well as bomb containers to accommodate any explosives confiscated from suspects. A total of 800 cameras are also to be installed. Chehabedinne further pointed out, “At the end of the year, the airport will have much tighter security as a result of this equipment, which will improve, strengthen, and enforce security in Lebanon.”

The re-opening of Lebanon’s Rene Mouawad airport in Qleiaat, in the north of Lebanon, is also on the agenda. The air base had been operating as a civilian airport until 1989, when it was transformed into a military air base. In March 2017, President Michel Aoun vowed to reopen Qleiaat airport as part of Lebanon’s objective to rehabilitate its infrastructure. There is currently a debate about the transformation of the airport into a large-scale facility capable of supplementing Beirut’s Rafic Hariri International Airport. The local population is anticipating the reopening of the airport in the hope that it will create employment and revive the economy in northern Lebanon. This popular demand was supported by a civil society campaign on social media with the title: “Qleiaat… is flying.” The current base has a 3,600m by 60m runway, warehouses for fuel, maintenance areas, and telecoms and radar equipment. The realization of this plan will be dependent of the cabinet’s decision and financing opportunities.

Lebanon’s road network is in definite need of upgrading for the restoration of public safety as well as the facilitation of urban and rural development. In February 2017, The World Bank approved the allocation of USD200 million to upgrade Lebanon’s road network, which will include the repair of around 500km of roads in the first phase of a larger government plan. The Roads and Employment Project is to be financed through an IBRD loan, including a non-concessional portion of USD154.6 million and a concessional portion of USD45.4 million from the Concessional Financing Facility made on a grant basis. The loan maturity was announced as 32.5 years with a grace period of seven years. The project description discloses the program’s objectives as improving transport connectivity along select paved road sections and creating short-term jobs for Lebanese and Syrians. The project is also described to include the rehabilitation of non-urban sections from all Lebanese regions, particularly in rural areas and lagging regions. The World Bank specified that Lebanon’s hosting of 1.5 million refugees is to be supported by international financial support as the country continues to offer basic services both to its citizens and to Syrian refuges. The project is also expected to provide low-skilled employment to a large amount of unemployed refugees as well as low-income Lebanese. According to The World Bank, the project is ultimately expected to improve connectivity, reduce the cost of transport, and help local economies develop through better access to markets and services.
The upgrading of the road sector part of a five-year, USD510 million government plan, including four key objectives in the first phase: the rehabilitation and maintenance of existing road networks, the improvement of road safety systems, the purchase of equipment for emergency roadworks, and the capacity building to improve management and efficiency in the sector. The project is designed so as to include a survey of up to 6,000km of primary, secondary, and tertiary roads in all Lebanese regions to identify those in most need for rehabilitation. The bank also specified that with this new package, The World Bank’s current commitment to Lebanon in grants, loans, and other concessional financing rises to USD1.3 billion.

The case for Tripoli

In May 2017, Prime Minister Saad Hariri provided important messages in a conference named “From Tripoli to all Lebanon-Advancement and Development.” According to Hariri, the northern city of Tripoli is at a decisive stage in its history, and is carrying a strategic role in the development of the Lebanese economy as a link between the world and the Middle East, especially during possible post-war reconstruction in Iraq and Syria. The city, which is suffering from unemployment and underdevelopment, is seen as a center that “will remain the direction of centrists and openness.” The Special Economic Zone, an area near the Tripoli port with a more open regulatory and investment environment, is designed to attract foreign firms and is expected to be completed by 2020.