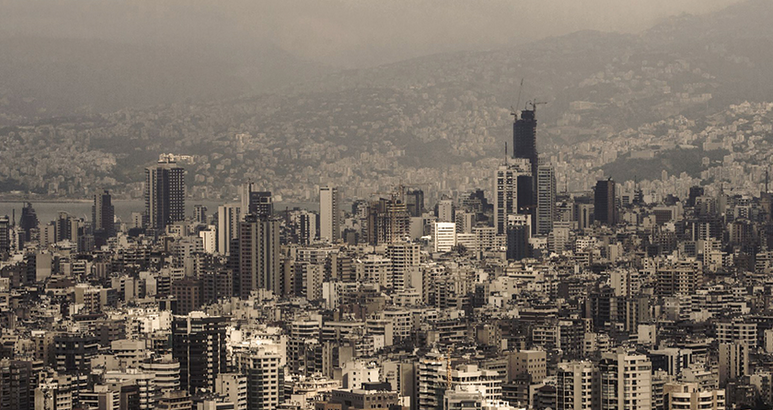 Share on:
With the stabilization of the political arena, Lebanon is poised to record strong growth in 2017, returning to form across most industries.

With the election of President Michel Aoun in October 2016, some of Lebanon’s political uncertainty has been alleviated, and stakeholders across the country are optimistic that this will translate into robust economic growth. Regional uncertainties, such as the conflict in Syria, still have the potential to weigh heavily on the economy, however, and, in the absence of a concerted and protracted international relief effort, the crises will rob the country of some if its potential.

In 2015 and 2016, Lebanon’s real GDP growth was positive at 1.3% and 1.5%, respectively, and the growth was attributed largely to a rejuvenation in the real estate and construction and tourism sectors, according to The World Bank. With the limited stabilization of the political situation brought on by Aoun’s assumption of the presidency and lower oil prices, consumer confidence has increased, driving consumption higher. In January 2017, President Aoun made an important visit to meet with GCC leaders in an effort to ease tensions, and observers are confident that this will lead to an uptick in GDP growth in 2017. The World Bank estimates that on the back of these developments Lebanon’s GDP will grow by 2.5% in 2017. SMEs remain the backbone of Lebanese economy, accounting for nearly 97% of the enterprises operating in the country. Public debt is expected to increase by approximately USD4.9 billion in 2017, and gross public debt expanded by USD2.3 billion in the first quarter.

Historically, sectarian tensions in the political sphere have undermined confidence in the economy. Since the end of the country’s protracted civil war in the 1990s, the Lebanese political arena has been somewhat fraught. However, the recent stabilization of the political situation is seen as a real game-changer for the Lebanese economy by many observers, and stakeholders across all walks of life believe that if the status quo can be maintained or improved, the economic health of the country can be radically improved. In an exclusive interview with TBY, Salim Zeeni, the Chairman of the American Lebanese Chamber of Commerce (AmCham), discussed the potential he sees in the country now that certain political disagreements have been ironed out. “Most corporations are starting to feel the positive effects and would say that business is doing better,” said Zeeni. “People are more confident, ready to take risks, and venture into new businesses because the political situation is stabilized.”

According to the World Economic Forum’s (WEF) Global Competitiveness Report for 2016-2017, Lebanon ranked 101st out of 138 countries. This represents a sizable improvement over 2014-2015 when the country was ranked 113th overall, but a decline from previous rankings earlier in the decade. In terms of the index’s 12 major pillars, Lebanon has improved in certain areas and fallen back in others. Lebanon’s infrastructure is currently ranked 119th; macroeconomic environment 136th; health and primary education 52nd; higher education and training 66th; goods and market efficiency 55th; labor market efficiency 104th; financial market development 69th; technological readiness 72nd; market size 76th; business sophistication 50th; and innovation 58th. In an executive opinion survey conducted by the WEF, the top-five most problematic factors for doing business were corruption (16.7%); government instability (15.8%); inadequate supply of infrastructure (14.0%); inefficient government bureaucracy (11.1%); and policy instability (8.9%).

In 2016, Lebanon’s GDP was USD51.82 billion, ranking 91st in the world. GDP per capita in terms of purchasing power parity (PPP) was USD18,500. According to the CIA World Factbook, in 2016 Lebanon’s GDP was primarily derived from three major sectors: services (69.4%), industry (25%), and agriculture (5%). Officially, the labor force totals more than 1.6 million people, but the massive influx of refugees has created a pool of workers that has been estimated at nearly double this figure. In 2016, the government ran a budget deficit of nearly 8.7%, and public debt was estimated at 161.5% of GDP. In the first few months of 2017, the economy grew, but at a slower rate than 2016, according to data from SGBL. Total exports hit USD965.3 million in the first quarter, representing YoY growth of 11%. Increases in trade with Syria played a large role in Lebanon’s robust export figures for this period, and sales to Syria grew by a whopping 76.3% YoY, hitting USD100.1 million. The majority of these exports were composed of food products and fuel. A drop in the global oil price translated into softened demand in the GCC countries, and exports declined by 5.3%, hitting USD266.3 million. Sales to Europe also dropped, falling by 15.9% YoY to USD76.3 million.

Construction in the first quarter of 2017 proved slower than anticipated, and cement deliveries totaled 1.1 million tons in this period, although construction permits for new developments fell 3.3% to 3.2 million sqm. While concrete sales have remained steady, iron and steel imports have been expanding, indicating that the industry might actually be in the midst of a limited recovery. In the first four months of 2017, iron and steel imports expanded by 23.1% YoY, reaching USD226.7 million. Additionally, construction and housing loans increased in late 2016, signaling a potential return to building. However, construction permits fell 5% YoY in the first quarter, indicating that developers remain somewhat cautious about embarking on new projects. This general fall is skewed somewhat by vast differences across regions, and in North Lebanon and Beirut, issued permits actually rose 71% YoY, hitting more than 805,000sqm. Though developers may remain wary, there has been a great deal more activity in the real estate market. In the first quarter of 2017, real estate sales grew by 9%, reaching USD3.1 billion, which is a two-decade high. Additionally, sales to foreigners grew 13.7%. The central bank is offering approximately USD600 million in reduced-interest loans to borrowers looking to purchase homes. Through April, mortgaged property sales accounted for 44.8% of real estate transactions, down slightly from the 51.5% of transactions that it represented in the same period in 2016.

Tourism has been another bright spot in the Lebanese economy. Tourist arrivals were up 17.5% YoY, jumping to 503,805 in the first quarter of 2017. This is the most arrivals in over 15 years, and Beirut’s top-line hotels reported that their occupancy rates were 63.6% compared to 54.9% in the same period in 2015, according to SGBL. The country’s beautiful climate and access to the Mediterranean make it a premier destination for many regional and global tourists, and the millions of tourists that arrive each year account for around 22% of the Lebanese GDP. According to the most recently available statistics from Bankmed, tourism’s direct contribution to the Lebanese economy is USD3.6 billion, while its indirect contribution is USD6.25 billion. Since 2013, travel and tourism’s contribution to GDP has grown by approximately 1% a year, but analysts expect growth to pick up greatly in 2017. At last count, the industry employed, directly and indirectly, approximately 327,000 people. Passenger travel through Beirut International Airport reached 7.2 million in 2015, and total passenger growth enjoyed a CAGR of 4.52% between 2010 and 2015, according to Bankmed. Additionally, transit passenger figures grew by more than 147% in 2015, indicating that Beirut is becoming a regionally recognized hub for international travel. Europe, Arab countries, and the US were the three largest source of tourists in 2015, accounting for more than 1.25 million tourists in 2015.

Agriculture and agro-industry, including food and beverage production, have remained a bedrock of the Lebanese economy in recent years, and the sector accounts for more than 8% of the country’s workforce and more than 5% of GDP, according to the United Nations Food and Agriculture Organization (FAO). In rural areas of the country, agriculture can represent as much as 80% of the local GDP, providing an invaluable livelihood for workers. Lebanon is known for its top-quality agricultural products like apples, grapes, tomatoes, olives, citrus fruits, and potatoes. The olive oil industry in particular has special historical and economic significance, and more than 560sqkm, or nearly 5.5% of the country’s landmass, is planted with olive trees.

The banking and financial services industry has historically been an important component of the Lebanese economy. Data from the first quarter of 2017 indicate that banks have slowed down in issuing new loans, and they are actually solidifying their domestic and international deposit base and focusing on expanding access to foreign currency. According to SGBL, deposits in the private sector grew by 7.8% year-on-year in the first quarter, totaling approximately USD164.4 billion. Loan figures, however, grew by a scant USD2 million compared to USD830.2 million in the same period last year. At the end of the first quarter of 2017, market debt reached 98.2% of GDP, compared to 87.1% of GDP in the same period last year. According to Moody’s, Lebanon’s high debt load is less of an issue than might otherwise be expected because of its resilient liquidity position.

Regional and global investors have also been returning to Lebanon, attracted by the newfound political stability and the potential the country offers. According to Moody’s, the formation of a new cabinet and concrete steps toward reform have impressed investors and prompted a reexamination of the opportunities in Lebanon. In an exclusive interview with TBY, Nail A. Itani, Chairman of the Investment Development Authority of Lebanon, echoed this assessment, noting the potential for investors in Lebanon. “I believe that Lebanon is on the right track and will be able to achieve bigger growth in the years to come, especially with the launch of oil and gas extraction plans and the reconstruction of Syria process, which will surely attract more investments and encourage capital inflows.”