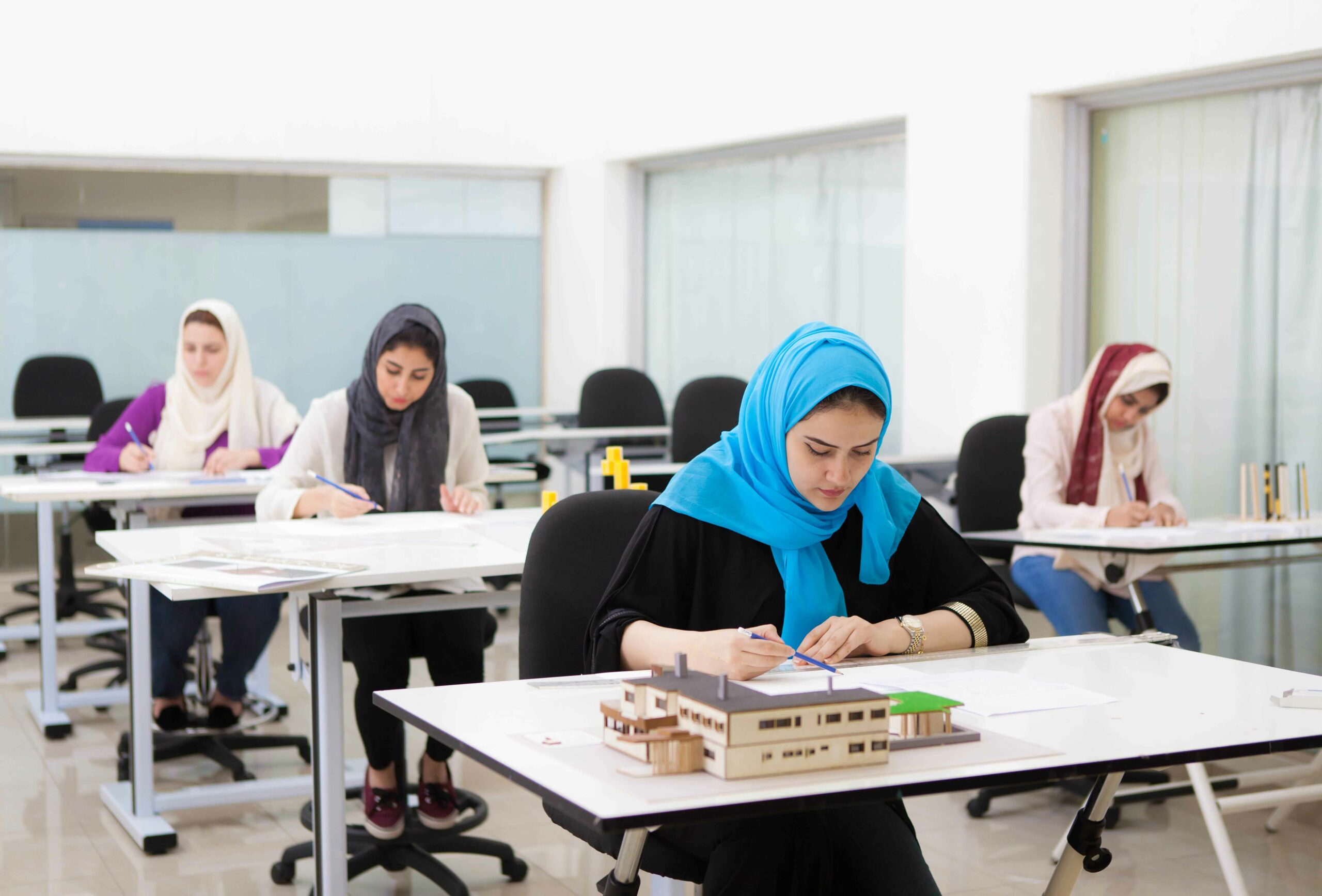 Back to School Special

Share on:
Large-scale government reform programs and the increasing involvement of the private sector have made education one of the most talked-about aspects of Saudi society.

The Saudi government announced in June 2016 the finalization of its National Transformation Program 2020 (NTP), a roadmap for the Kingdom’s efforts to diversify the economy and improve systemic efficiency. Eight of the objectives of the NTP are focused on the education sector, including greater accessibility to education services and improving the quality of teachers. Education in Saudi Arabia falls primarily under the Ministry of Education, which recently merged with the Ministry of Higher Education, as well as the General Organization for Technical Education and Vocational Training, all of which are ultimately supervised by the Supreme Committee for Educational Policy. Despite the $57.24 billion allocated to education in the 2015/2016 budget, an inadequately educated workforce was rated the second most problematic factor for doing business in Saudi Arabia by respondents to the World Economic Forum’s 2015-2016 Global Competitiveness Report (GCR).
The GCR also listed Saudi Arabia as in the transition stage of development between being a factor-driven economy and an efficiency-driven economy, echoing the calls of the Kingdom’s leaders to move toward becoming a sustainable knowledge-based society capable of thriving in the post-oil era. Though the hasty ambitions of the government’s education policy framework are no doubt grandiose, many foundations for the desired improvements are already in place. The total literacy rate of the adult population in the Kingdom in 2012 was 87.2%, while the literacy rates among males and females between the ages of 12-24 years old were 99% and 97%, respectively. By 2015, the literacy rate of Saudis above the age of 15 had reached 99.35%, showing a marked improvement to an already boast-worthy figure.

Explanations for shortcomings in the education system differ, but many point to an excess capacity of poorly trained teachers and an insufficient focus on scientific and technical curricula. At the 5th Teacher Education Conference at Umm Al-Qura University in February 2016, Minister of Education Ahmed Al-Issa presided over both the main conference as well as a secondary series of meetings with deans of education institutions across the Kingdom. The minister explained that the event examined “current teacher education programs in disseminating the values of moderation and tolerance and combating the phenomena of terrorism and extremism.” In a speech addressing students and staff of King Saud University, the minister remarked that current Saudi education “lacks stability, discipline, training, development, and reformation.” He criticized deficiencies in the current operation of public education, pointing out that over 25% of schools use rented facilities and that 91% of the budget for education goes toward paying salaries of administrators and teachers. He added that estimates put the proportion of schools with under 100 students at 42% and that the average student to teacher ratio is around 10:1, with many schools reporting figures closer to 5:1, one of the lowest such figures in the world.

The Ministry of Education is addressing this systemic inefficiency by lowering the acceptance rate at education colleges by 50%. The Education Colleges Development Committee proposed the cut, which will apply to both bachelor’s and diploma programs, as a way of enabling colleges to enhance the quality of their curricula. The initiative has also raised the minimum GPA requirements for applying to education colleges to 3.75 out of 4.0, while master’s students in the social sciences must maintain a 3.75 GPA. Saleh Al-Shamrani, Public Education Evaluation Commission Deputy Governor, affirmed that the new regulations are in line with the commission’s aim to improve the quality of teachers in the Kingdom while reducing the financial burden on the state budget of providing public education.

Another way in which the government is working to modernize the education system is through the Tatweer reform program. With a reported budget of approximately $2 billion, the program aims to move teaching in the Kingdom away from memorization-based rote learning and toward encouraging students to engage in dynamic analysis and problem solving. Tatweer Education Holding Company, which is wholly owned by the Public Investment Fund of the Kingdom Saudi Arabia, oversees the mobilization of the overall initiative through its own subsidiaries. Tatweer Company for Educational Services, the executer of the roughly $2.5 billion King Abdullah Bin Abdul Aziz Public Education Development Project, is charged with integrating its own efforts with those of the Ministry of Education and other vested stakeholders in order to provide new services and solutions for education development. Tatweer Buildings Company announced in mid-2016 its plans to engage in public-private partnerships to finance and build educational institutions at a projected cost over the next five years of nearly $12 billion in order to meet the needs of the NTP. A 2012 study commissioned by the Ministry of Education found that Saudi Arabia would require at least 10,000 new educational buildings over the next 20 years. Fahad Al-Hammad, CEO of Tatweer Building Company, told TBY in an exclusive interview that the company is implementing over 400 building projects throughout the Kingdom in 2016 and that it was running a program for the Ministry of Education with a total of 590 educational institutes.

Preliminary results of reform programs have been somewhat unsatisfactory. According to the Public Education Evaluation Commission, 40% of Class III and Class VI primary school students scored below average in the subjects of mathematics and science. Female students showed comparably promising results in science and math, further encouraging authorities to continue providing support for the education of women in the Kingdom. The GCR ranked Saudi Arabia 69th for the quality of its math and science education and 63rd for the prevalence of internet access in schools, but private sector cooperation is playing a key role in driving improvements to the education system, specifically those related to knowledge-sharing and adopting new technology.

An agreement was signed in May 2016 between the Private Education Commission and the Training and Electronic Education Company (Semanoor) at the International Education Exhibition and Forum in Riyadh to develop digital educational content with private schools throughout the Kingdom. The agreement represented a concrete example of commerce and education coming together to leverage the unique competencies of each to further the goal of creating a knowledge-based society capable of maintaining long-term prosperity in Saudi Arabia. The new educational platform is considered a continuation of the system that first originated in 2006 with the Ministry of Education and was then furthered by the King Abdulaziz Technology and Science City in 2010. Also in May, the Minister of Education signed an MoU for technical cooperation with Microsoft to support the integration of digital education content in Saudi schools.

The Minister of Education issued a statement in February 2016 in which he pointed to the private sector as the driving force behind educational reform in Saudi Arabia, and the ministry is actively looking for additional ways to support the private sector by attracting more investors. Private investment represented around 14% of overall education expenditures in 2015, which is below the levels that the ministry is seeking. Officials hope that by extending the range of investment opportunities for both educational and complementary non-educational projects it can facilitate the larger role of the private sector that it so desires. Alkhabeer Capital launched, in 4Q2015, the Alkhabeer Education Private Equity Fund I, a closed-end investment fund focused on education development. The first-of-its-kind fund provides direct access for local and international investors to the country’s education market via its controlling stake in privately owned Adw

a’a Al Riyadh Education Company, a provider of primary, secondary, and high school education in the capital city. The Ministry of Education also put forth a new short-term agenda to increase the total number of students enrolled in private schools and universities from 14.5% to 25%. The NTP set a target of increasing private institutions’ share of overall enrollment from the 6% registered in 2016—well below the regional benchmark of 40%—to 15% by 2020.