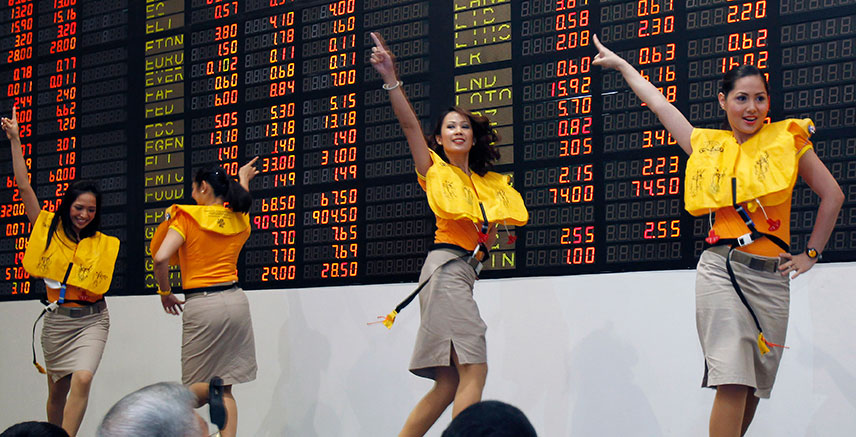 Share on:
The World Airline Awards, Skytrax’s famed “Oscars of Aviation,“ were held in Paris last week, and Asian airlines walked away with the bulk of the honors.

The 2017 World Airline Awards took place in tandem with the Paris Air Show, and represented a coup for Asian nations. Six of the top 10 positions in the international ranking went to Asian airlines.

Singapore Airlines came in at second place, followed by All Nippon Airways (ANA) from Japan at third, Hong Kong’s Cathay Pacific in fifth place, and Taiwanese Eva Air in sixth. Hainan Airlines from China and Indonesia’s Garuda came in at ninth and 10th respectively, pushing Turkish Airlines and Qantas off the list.

This trend toward better quality in Southeast and East Asian airlines is not new, but it has become more and more prevalent.

Thai Airways, which came in at 11th in Skytrax’s index, moved up two positions from 13th in 2016, and was recognized as the world’s best “economy class” airline in 2017.

Bangkok Airways was selected as the world’s best regional airline.

When it comes to luxury service, Asian airlines have been steadily improving and closing the gap on their Middle Eastern counterparts. Of the nine five-star carriers in the world, only two are not from East Asia, Qatar Airways, which took first place in the Skytrax awards, and the UAE’s Etihad, which came in at eighth.

Asian hospitality is considered to be a strong reason for guests’ appreciation of these airlines. The fact that the companies are generally younger, and therefore operate much newer fleets, gives them a competitive advantage over European and American firms.

Besides, demand is generally on the rise. With the turnaround in the global economy, strong expansion in Asian markets and a rise in average income in the region that has widened the target audience for air travel, Asian airlines are taking a big share of the market.

For the month of May 2017, data from the association of Asia Pacific Airlines recorded a total of 25.2 million passengers, traveling to, from, or within Asia.

This represents a 5.4% rise compared to the same month last year.

A similar trend was registered in cargo flight demand, with a 12.2% increase compared to the same month in 2016.

Even the Asian low-cost segment is dominant.

Malaysia’s Air Asia, which is now expanding strongly into the Indian market, ranked as the best low-cost airline for the ninth straight year, although it has not been able to overtake some local low cost carriers such as Cebu Pacific in the Philippines.

Despite the growing number of passengers, route expansion, and growing international recognition, however, not all is quiet on the Eastern front.

While average earnings for the industry are expected to remain stable at the same level as 2016, there is downward pressure for many of the flagship air carriers in the region. Singapore Airlines, for instance, announced its first net loss in five years in the first quarter of 2017. Thai Airways, Malaysia Airlines, and Cathay Pacific Airways all announced either revenue drops or a restructuring aimed at shedding unessential personnel in the face of tighter budgets.

The reasons for this are diverse.

While Skytrax voters recognize service and equipment quality in their voting, pressure from expanding low-cost airlines competing on the same routes as traditional carriers, rising fuel costs, and competition from Middle Eastern airlines which have expanded rapidly in Asia in recent years are all key factors.

However, the main reason is China.

The number of outbound Chinese tourists grew by 4.3% to 122 million people in 2016. Both 2014 and 2015 posted growth topping 9%, so this actually represents reduced demand from Chinese passengers.

In general, demand for air travel in the Asia Pacific region grew by 8.9% in 2016, and much of this was driven by the Chinese market.

However, this did not translate into increased sales for other Asian airlines, as the boom in Chinese outbound tourism coincided with the adoption of an aggressive expansion strategy by Chinese Airlines.

Most of Southeast Asia’s main tourism destinations and even Middle Eastern routes were added to its network, while new bilateral agreements to reinforce economic ties, particularly nations involved in the One Belt One Road initiative, will provide additional support for its operations.

Morocco’s warmer relations with Beijing, initiated in 2016, have already led to a 300% YoY growth in Chinese tourism to the African nation. There are no direct flight connections between the two yet, a problem Chinese companies will be very willing to take care of soon enough.

These new direct lines between a market of 1.4 billion people and tourism destinations normally not directly reachable from China will represent a continuing threat to major air travel hubs such as Singapore and Dubai.

For now, Asian and Middle Eastern airlines are still winning when it comes to luxury and quality of service, but will they be able to maintain these deluxe services in the face of a Chinese air invasion?