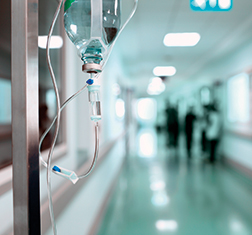 Share on:
The government of Ras Al Khaimah has invested in a healthcare system that meets international standards and caters to the needs of locals and health tourists alike.

Ras Al Khaimah (RAK), on the eastern side of the Arabian Gulf, may account for just 3% of the UAE’s total land mass, but today has become a dynamic generator of non-oil revenue, having invested in leading infrastructure, not least in the field of healthcare. Moreover, being the UAE’s first point of entry in the Arabian Gulf, RAK enjoys excellent connection to the markets of the GCC, as well as the wider Middle East and North Africa (MENA) region. Symbolic of its overall pace of deployment, and echoing the WHO’s stipulation that health is a basic right, the UAE ranks among just 60 countries worldwide to have established a universal healthcare program for nationals.

In 2011, once individual Emirate-based healthcare authorities had been established in Abu Dhabi and Dubai, the attention of the Federal Ministry of Health and Prevention turned to the northern emirates, including Ras Al Khaimah. The strategic plan that followed aimed to extend the standards of healthcare essential to quality universal healthcare coverage, but also to extend community awareness and foster a spirit of local excellence in scientific research. The program is reflected in the allocation of the 2012 UAE Ministry of Health budget. Official data indicates that for 2010, 52% of registered death cases in the UAE resulted from chronic illness such as heart diseases, at 26%, cancer at 9.9%, and genetic diseases at 6.3%. Therefore, with a rising population, the local health system today also plays a key role in tackling region-specific lifestyle diseases such smoking-related illness, obesity, and diabetes. The sheer scale of the problem is revealed by Dr. Raza Siddiqui, CEO of Arabian Healthcare Group, who told TBY that while “around 20% of the population suffers from diabetes (…) the bigger problem is that we have another 10% who are diabetic, but unaware of it, and a further 10% of the population that is borderline diabetic.

More recently, a 2015 report of the Sheikh Saud bin Saqr Al Qasimi Foundation for Policy Research revealed that public health expansion is underperforming broader growth, as the Emirate aims for a bed count of 1 bed per 350 people. RAK’s public healthcare system is overseen by the Federal Ministry of Health of the UAE, and since 2010 three state hospitals have been built in the Emirate, namely Sheikh Khalifa Speciality Hospital (SKSH), Al Nakheel medical center, and Abdullah Rashid Omran Hospital in Humraniya. Furthermore, mobile medical units have made sure that remote citizens are not left behind, though these should be increased in number. Government hospitals, free to all holders of government health cards, charge nominal rates to non-card-holders for emergency treatment. The report states that, since 2011, public health services, “both preventative and curative” have been widened, whereby today geriatric patients, for one, as well as those recovering from surgery, receive regular home visits. Moreover, an educational component has spread public knowledge of the inherent risks of consanguinity as a preventative measure, this in addition to an in-the-community awareness building of nutritional and dental health

Public healthcare administrators have underlined the need for additional qualified doctors and nurses to expedite current public healthcare solutions. Research also points to insufficient availability of advanced diagnostic equipment, which is why RAK nationals tend to opt for private alternatives. Regarding the former problem, however, Mohammed bin Rashed, the Director of Saqr Hospital, in a TBY interview suggested how the topic of qualified staff provision is being addressed. “Ras Al Khaimah is on its way up. When doctors and consultants decide whether to work here they consider a number of factors, including the location and suitable schools and universities for their children. All of this is available in Ras Al Khaimah.” Saqr Hospital, providing general surgery, gynecology, and obstetrics is a state entity, but the director indicates harmonious state-private cooperation, whereby, “if we cannot treat a patient due to a lack of facilities or resources, we coordinate with private health providers, such as RAK Hospital.” This also extends to the educational sphere as “we work with the medical university, and in fact it is the main institution that RAK Hospital uses for training its students, too

The private sector has also imported talent, a good example being the SKSH, which had a “soft opening” in February 2015, and which today has 246 beds, of which 143 are in use as of mid-2016. CEO Dr. Myung-Whun Sung explained to TBY how Seoul University National Hospital (SNUH), the leading and first university hospital in Korea, operates SKSH. To excel, SNUH sent many of its own seasoned staff to the Emirate facility, whereby, “currently, we have around 110 doctors, where about half are from Korea [with the half being] mostly junior doctors recruited from the region,” while its “senior doctors and consultants are from Korea.” Notably, too, Dr. Sung added that the hospital, which chiefly serves oncology, cardiology, and medical and surgical neurology, was established with sustainability in mind. “We have a robust training program at the hospital, and in 3Q2016 accepted the first batch of interns.”

With other Emirates having long established reputations for excellent health tourism, a key challenge has been to promote the merits of RAK. The Ras Al Khaimah Medical Zone embodies this effort, and as a comprehensive medical hub features a diversity of healthcare facilities and public medical centers, in addition to specialized clinics and pharmacies. Most notable among these health facilities are Saqr Hospital, Obaidullah hospital, Sha’m Hospital, RAK Hospital, RAK Preventive Medical Center, Dental Center, the RAK Rehabilitation Center for the Disabled catering to nationals, and the private RAK Center for Special Needs, which caters to both nationals and residents.

CEO and Head of Surgery at RAK Hospital Dr. J.M. Gauer spoke of considerable B2B promotion and an active role in the health exhibition arena. Yet ultimately, “it is about word of mouth, and we get many patients who come here from all parts of the world, including the Emirates itself, not only from Ras Al Khaimah, but also from Dubai and Abu Dhabi.” And meanwhile, to widen the appeal, RAK Hospital has opened a new building, “giving us an expansion for outpatient departments, a diabetes center, a rehabilitation center, a fully dedicated and highly specialized eye-care center, and a new lab.” Opened in 2007, RAK Hospital today welcomes patients from around 15 countries, most frequently for surgical procedures of the heart, brain, and joint replacement, in addition to rehabilitation. It has also partnered with Sonnenhof Swiss-Health Ltd, a well-renowned medical tourism player, and having reached capacity at its current facility is entering a new expansion phase that will add around 90 new beds in 2017.

RAK Hospital is a flagship brand of Arabian Healthcare Group (AHG), wholly owned by the government of Ras Al Khaimah. Dr. Siddiqui is bullish about the future, insisting that with JCI-accredited hospitals, a convenient geographical location, “The UAE healthcare sector will boom over the next 50 years [as] …a major player on the world map of medical tourism.” Certainly, with Dubai airport greeting over 2,000 patients daily transiting to other medical tourist destinations, the race is on. Dr. Gauer, meanwhile, looks to the likely future of mandatory insurance, as in Dubai and Abu Dhabi. “Market penetration currently is at a maximum 30%,” which “means there is a huge gap between what is actually required and what is feasible [and] there are signs that, at least for the local population, health insurance is on the horizon.”

While locals enjoy growing healthcare coverage, the private sector is adamant about claiming its future stake in the nation’s health tourism market, whereby today “hospitality” is a byword for the provision of high-quality and competitive treatment across the healthcare spectrum.