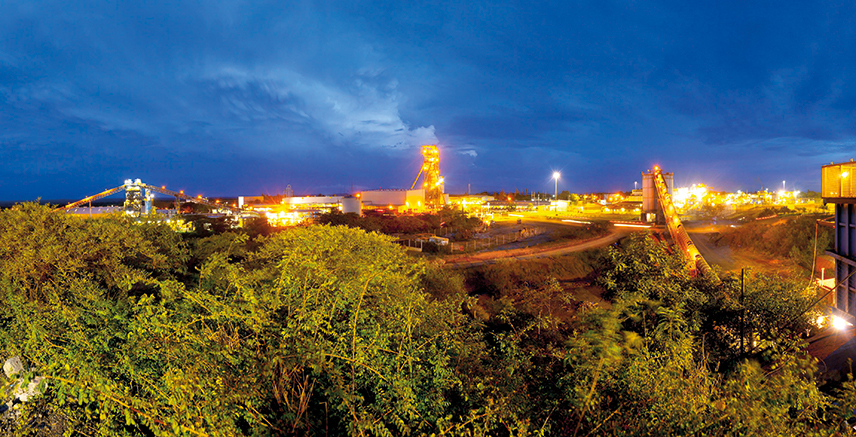 Share on:
Thanks to a redoubled effort on the part of both the government and private enterprise, Tanzania continues to make progress in every sector of its energy industry.

Tanzania has some of the richest natural energy resources in sub-Saharan Africa. According to the Tanzanian Petroleum Development Corporation, Tanzania has 55 trillion cubic feet in proven natural gas reserves, solar radiation potential of roughly 187 W/M², and estimated coal reserves of 1.2 billion tons. Geothermal energy, uranium, and biomass are also utilized. In 2014, Tanzania had 1,583MWh of installed power generation capacity. This capacity is split roughly equally between natural gas power plants, liquid fuel power plants, and hydro power plants, with each source accounting for 34%, 32%, and 35%, respectively. Access to electricity is nearly 36% nationally, and averages only 20% in urban locations and 16% in rural areas.

Though Tanzania has historically suffered energy shortages of many kinds, recent public and private programs aim to make inadequate energy supply a thing of the past. Electricity service in particular has been unreliable and insufficient, but public-private partnerships are beginning to make headway. As the government continues to support private initiatives aimed at expanding the power grid’s reach and quality, the entire economy will feel the effect. According to the most recently available figures from the Tanzanian government, electricity demand rises between 10 and 15% every year. With only around a quarter of the population on the grid, Tanzania’s annual energy consumption is a mere 5% of the world average, roughly 133kWh compared to 2,500kWh. The Tanzania Electric Supply Company (TANESCO) estimates that peak demand, driven by large-scale construction, mining, and refining projects, will exceed 4,700MW by 2025 and 7,400MW by 2035.
One positive outcome of shortages has been the development of an ethos of energy entrepreneurship. Tanzanians in underserved parts of the country are developing their own creative ways of bringing energy to the people. Private groups are working with the government’s Institute of Management and Entrepreneurship Development (IMED) and the Tanzania Renewable Energy Business Incubator (TAREBI) to create initiatives that allow local Tanzanians to provide for their own energy needs and the needs of their communities. Solar, biogas, and agricultural residue are but a few of the energy sources being considered. Stakeholders from across Tanzania are striving to tackle their energy needs in unique and non-traditional way.

The major regulatory body for the energy sector in Tanzania is the Energy and Water Utilities Regulatory Authority (EWURA). In an effort to create a set of coherent rules that can successfully govern all aspects of the energy sector, EWURA has been implementing regulations across the various energy industries since 2006. Efforts to curb unscrupulous business from bringing inferior products to market have paid dividends recently, as Rwanda and Burundi have decided import their oil through Tanzania instead of Kenya after some shipments arrived tainted, according to port officials in Dar es Salaam. In an exclusive interview with TBY, Nick McAleer, the Country Director for Oryx Energies, explained how EWUEA’s focus on sensible regulation has stimulated growth and opportunity. According to McAleer, the EWUEA’s efforts have resulted in “a drop in import premiums, as well as a massive improvement in vessel waiting times,” which, in turn has led to “demurrage costs drop[ping] dramatically, lowering fuel prices at the pump.” Additionally, McAleer lauded the EWUEA’s success in setting “minimum standards for retail stations and depots,” which improved “quality and safety at all facilities.” By designing and enforcing common sense regulation, Tanzania’s government hopes its energy industry will continue to be a regional leader.

Recent natural gas finds have catalyzed a renaissance in Tanzania’s energy sector. With gas reserves estimated at 55 trillion cubic feet, Tanzania has been attracting great interest from international energy firms. These reserves have the potential to be a significant boon for the Tanzanian economy; the Tanzanian Central Bank estimates that the construction of a massive LNG plant could add 2% to Tanzania’s already impressive 7% annual growth. The plant, a joint-venture between Royal Dutch Shell, Statoil, Exxon Mobil, Ophir Energy, and the Tanzanian Petroleum Development Corporation is expected to begin in the next few years, according to Reuters.

Thanks to generous production-sharing agreements, LNG is expected to bring wealth to many in Tanzania. In an exclusive interview with TBY, Oystein Michelsen, the Senior Vice President and Country Manager Tanzania for Statoil, explained what the added revenue LNG could mean for the state. Michelsen pointed out that the new LNG plant that is in the works, “would be a huge thing in terms of finance.” He went on to point out that “the potential revenue from this project [is forecast] to add 20-30% to the annual budget.”
Shell, Pavilion Energy, and Ophir Energy recently initiated a new drilling plan in Tanzania’s Mafia Basin. The firms are set to explore two locations at depths approaching 2,300m, and they plan to invest nearly USD80 million. This and other projects like it are all in accordance with Tanzania’s more general goals of developing its extensive natural gas reserves. The Tanzania Petroleum Development Corporation has signed 26 production-sharing agreements with 20 multinational firms interested in pursuing oil exploration. From these agreements, 72 wells have been finished.

Creative Solutions For a Dirty Problem

According to Tanzania’s Ministry of Energy and Minerals, over 90% of Tanzania’s domestic energy use comes from biomass fuels, particularly charcoal and firewood. Petroleum and electricity come in a distant second and third, accounting for 8% and 1.2%. respectively. Less than 1% of all energy used derives from wind, solar, and coal.

Biomass fuels like wood and charcoal are notoriously dirty burners, and economical, easily accessible alternatives are being sought. Students across Tanzania have answered the call. According to The Citizen, a team of students at the University Dar es Salaam have come up with a novel solution: cow dung. The student initiative is called Tanzania Cow Dung Energy, and it aims to convince rural Tanzanians of the wisdom of cooking with cow dung. The cow dung will be converted into a cleaner form charcoal with technology the students hope to distribute among rural groups.

The potential of all forms of renewables is great, but projects still need to be designed and executed on before they can be realized. The government estimates that thanks to Tanzania’s position over the East African Rift Valley System, geothermal could produce more than 650MW of electricity. To this end, in late 2015 the Tanzania Geothermal Development Company (TGDC) signed a MoU with the Japanese firm Toshiba to develop a geothermal plant.

Tanzanian and Russian officials have recently signed a nuclear deal aimed at brining Tanzania its first nuclear reactor. The deal, which is intended to bring nuclear energy to Tanzania, will include separate stages. The first production of uranium is expected to be completed by 2018, and the plant will be operational by 2025. Officials expect to spend at least USD4 billion dollars on the project. There have been some concerns regarding the environmental cost of mining the required uranium, but mining and wildlife officials are taking precautions to reduce the severity of negative outcomes.

As it cements its status as a captain of African energy, Tanzania has taken the lead in gathering leaders from government, science, business, philanthropy, and civil society to discuss the most pressing issues. In 2016, Tanzania hosted the Africa Energy Forum in Dar es Salaam. The theme of the gathering was “Off the Grid,” and it tackled a wide range of topics relating to underserved areas of Africa. Energy platforms that are flexible and operate on a small, economic scale were particularly popular. By bringing together the leading lights of the African energy community, Tanzania hopes to develop solutions to its and its neighbors’ most pressing problems.