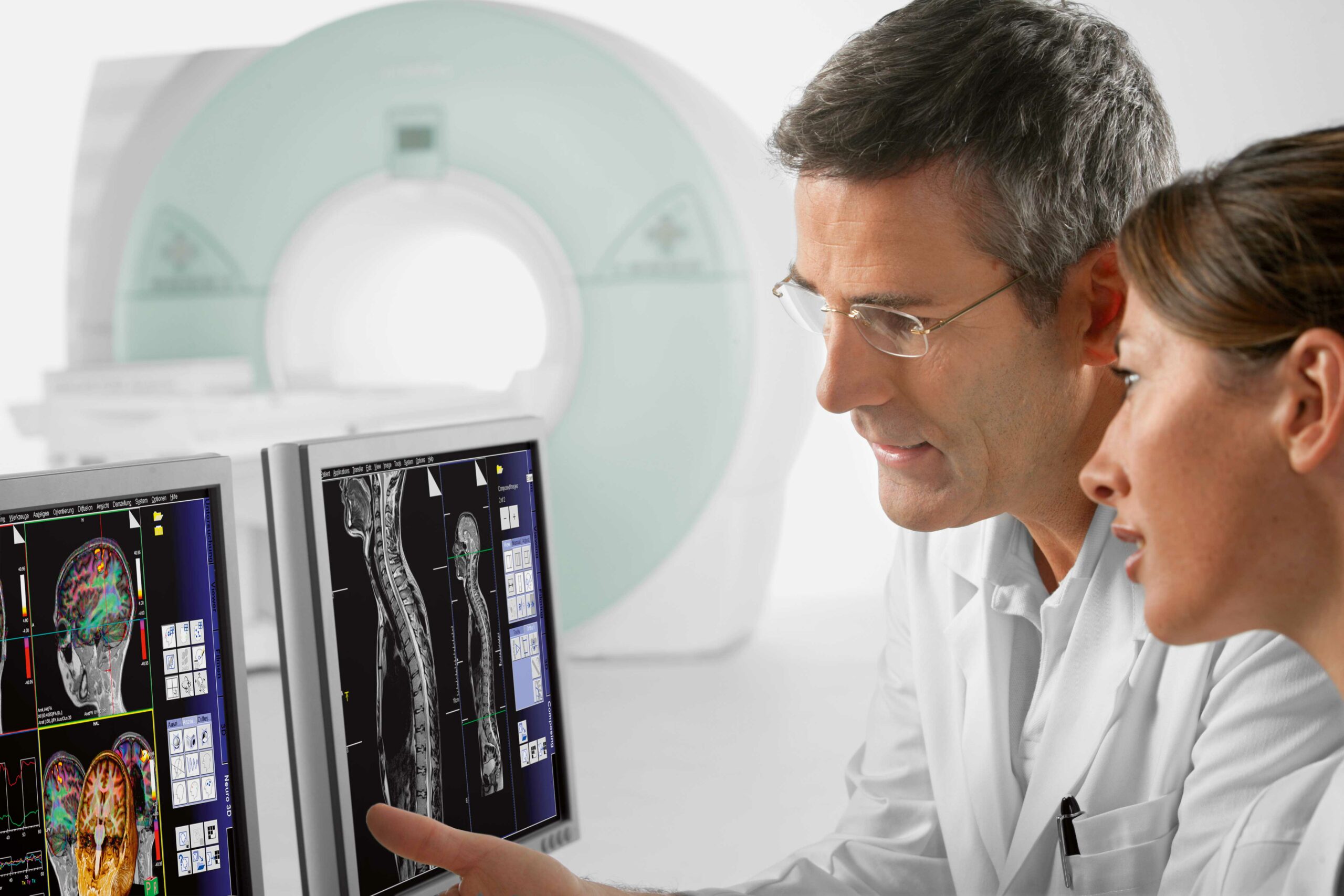 Exemplifying an emerging economy success story, the sector champions a burgeoning pharmaceuticals and medical devices industry, a competitive medical tourism sector, and a healthy synergy of private and public sector service options, representing growing investment potential in a variety of segments. However, public healthcare spending is increasingly being challenged by Malaysia’s ageing population, as the proportion of people under 15 years old dropped from 32% in 2002 to 26.7% in 2012, while the over 60 bracket grew from 6.5% to 8% over the same period.

As one of the government’s 12 National Key Economic Areas (NKEAs), healthcare is being pushed as a driver of economic growth, and several initiatives and projects designated to boost the sector. While Malaysia’s population is ageing, it is also becoming more affluent. To tap into this potential, a total of 40 healthcare projects under the Healthcare NKEA have been set up, which are estimated to create 26,966 new jobs and generate an income of $1.5 billion, in addition to $1.1 billion in new investments by 2020.

According to the most recent statistics from Malaysia’s National Healthcare Statistics Initiative, there are 351 acute curative hospitals constituting 52,436 beds, of which 141 are public facilities and 210 private. The net change of total acute curative bed capacity increased by 1.9% between 2012 and 2013, compared to a 1.1% increased between 2011 and 2012. There are 67 specialist hospitals (45,024 beds). Total inpatient beds in the public sector showed a net increase of 2% between 2012 and 2013, while total bed capacity in the private sector grew by just 1.4% in the same period. The number of functioning inpatient beds grew by an average of 2.5% between 2012 and 2013—by 3% in the public sector and 1.3% in the private sector. The number of hospital admissions per year increased by 2.3% between 2012 and 2013 to about 3.5 million. Mean length of stay over the past three years has maintained a 3.5 day average. In 2013, there were 19,927 doctors working in acute curative hospitals nationwide distributed between 79.9% in public hospitals and 20.1% in private hospitals.

Malaysia’s public-private healthcare model, comprised of a rapidly growing private sector as well as a government-led and government funded public sector, had an estimated healthcare expenditure in 2013 of $13.7 billion, when healthcare represented 4.4% of the GDP, according the WHO. The proportion to GDP is expected to rise to 4.5% by 2018. The majority of the population—65%—is served by the public sector, which is served by 45% of the total registered doctors and 25-30% of specialists in the country. The heavily subsidized public healthcare sector provides services to the population at nominal prices for both outpatients and hospitalizations; as of 2011, government subsidies covered 55% of total healthcare spending. In 2014, $6.9 billion from the budget was allocated by the administration for healthcare spending, representing 10% of total spending.

As the private sector continues to grow, the need for a unified system and national healthcare policy is becoming increasingly necessary, and industry analysts and players are divided on whether to fully pursue free market healthcare or develop a single-payer system provided universal access for the populations. Currently, in the private sector, 79% of hospital and clinic treatment is paid directly by the consumer, with insurance coverage only capturing 18% of private spending.

Rural health services are almost exclusively provided by the infrastructure and human resources of the Ministry of Health, in the various rural clinics, district hospitals, and tertiary specialists hospitals. There are healthcare facilities located within every 5km radius in the country, where the quality and frequency of service varies. One major challenge facing rural healthcare is retaining and incentivizing well-trained personnel who typically prefer serving urban areas. The appeal of better-paying, urban-based medical positions is one of the main reasons why the private sector has expanded so rapidly. Since the 1980s, the private sector’s share of hospital beds has increased from 3.9-5.8% to 23.4-26.7%. According to the Health Ministry, 40% of public sector visits are handles by public sector clinics, which only constitute 10% of total primary care facilities.

The National Institute of the Ministry of Health has also recently established a clinical research center to conduct clinical trials, clinical epidemiology and economic research, and manage complex medical databases. The center encompasses 27 centers across Malaysia, establishing linkages between over 50 general and district hospitals, and more than 100 health clinics as potential sites for clinical trials.

Under the scope of the Healthcare NKEA, various Entry Point Projects (EPPs) have been established. To boost the country’s growing medical devices industry, a total of eight EPPs have been established in the sub-sector, to create $4 billion in revenue, $2.6 billion in GNI, and 86,000 jobs. One EPP aims to develop Malaysia into a hub for high-value medical devices contract manufacturing. This EPP set a goal to create 25,700 protected jobs and a $425 million contribution to GNI by 2020. One highlight of this EPP is that the company Steripack Asia will move its contract manufacturing base from the US to Malaysia, which will be the sole manufacturer of Smith & Nephew’s severe burns wound dressing, projected to generate $660,000 in GNI by 2020, $600,000 in investment, and 133 jobs by 2020. Meanwhile, the High-Value Medical Devices Manufacturing EPP aims to contribute $44.8 million GNI by 2020 and create 800 jobs. One project, spearheaded by Toshiba Medical Systems Corporation, plans to manufacture ultrasonic diagnostic machines, transducers, and printed wired boards of other medical devices for export, to generate $12 million in GNI, $13.2 million in new investments, and create 200 jobs.

Malaysia’s highly diversified medical devices sector taps into a variety of other industries, involving rubber and latex, textiles, plastics, machinery and engineering support, and electronics manufacturing. More than 190 companies comprise the country’s medical devices industry, most of which being SMEs. Medical gloves are main manufactured commodity in the industry, and more than 20 medical devices multinational corporations are producing non-medical gloves. One aspect that has lead to the success of the medical devices manufacturing subsector is the effectiveness and efficiency by which the industry is regulated, which has also contributed to the viability of the industry in the global market, helping to attract FDI. The Medical Device Act, passed in 2012, requires that all medical devices manufactured, imported, or sold in Malaysia to be registered, and categorized as A, B, or C depending on their risk level and intended use. The 2012 regulations also require those producing or importing medical devices must be registered under the Medical Device Authority arm of the Health Ministry. Going forward, the government is promoting key areas for investment in medical devices, which include electromedical equipment, cardiovascular devices, implantable devices, orthopaedic devices, in-vitro diagnostic products, wound care products, contract manufacturing for R&D and medical devices and equipment, and convergence of technologies to produce medical devices, equipment, and components from advanced materials.

The Malaysian Pharmaceuticals EPP aims to increase national generic drug manufacturing capacity by capitalizing on the impending expiry of patents on major drugs, a market estimated to value $132 billion. The EPP is expected to create 12,440 protected jobs by 2020, as well as generate $3 billion in GNI. To this end, the government seeks to leverage Malaysia’s membership in the Organization of the Islamic Cooperation, the Pharmaceutical Inspection Convection, and Pharmaceutical Inspection Cooperation Scheme, to better develop their export platform, particularly boosting exports to other member countries in the EU, as well as Australia and Canada. Upgrading local manufacturing plants and establishing strong ties between multinational corporations and local manufacturers are also among the methods to develop the sector.

In 2014, the income generated from pharmaceutical exports grew by 9%, which surpassed the 5% growth target. The local pharmaceutical manufacturing industry currently produces 30% of domestic demand, while also exporting to Asia-Pacific Rim countries, the Middle East, Africa, Latin America, and Europe. The Drug Control Authority (DCA) is under the Health Ministry is the principal authority regulating the production, import, and sale of pharmaceuticals, which has registered a total 263 pharmaceutical premises to date, with Good Manufacturing Practices certification. Eighty-nine of the total pharmaceutical premises are licensed by the DCA to manufacture modern medicines that mostly include analgesics, antacids, anti-hypertensive diuretics, antibiotics, and anti-histamine, while another 172 are licensed to produce herbal and traditional medicines, and five premises are veterinary facilities. In addition to the herbal and traditional medicine niche, another growing segment in the sector that is gaining global attention is halal pharmaceuticals, as Malaysia’s halal certification—mainly for its food manufacturing industry—has already received international acceptance.