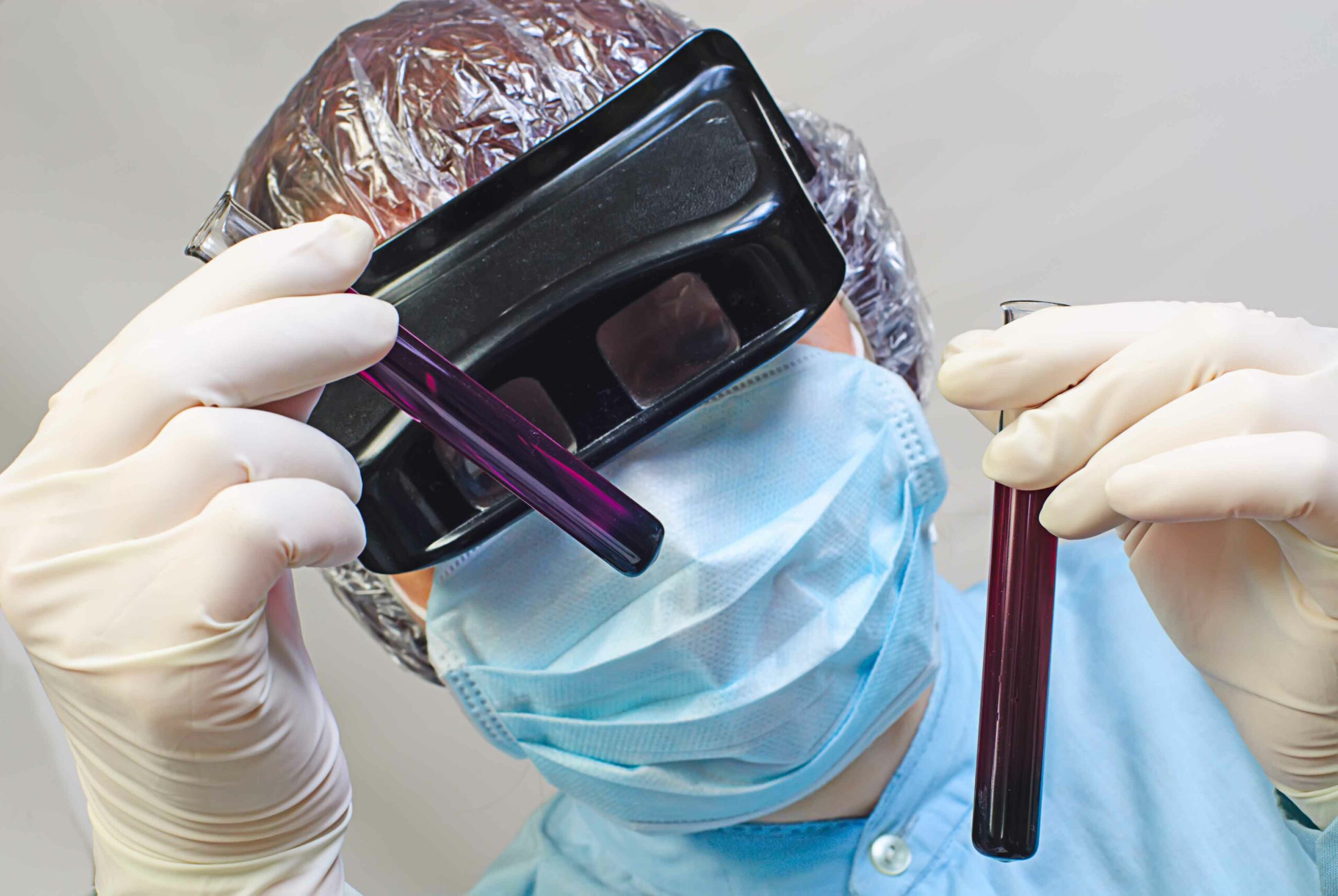 Share on:
A new national Healthcare Vision 2050 hopes to create a strong foundation in the Sultanate's healthcare system to deal with future requirements or concerns.

Like many emerging and developing countries, Oman is facing a shift in its healthcare needs. The population is aging while communicable diseases are on the decline, non-communicable diseases, such as diabetes, are on the rise. Oman has made significant strides in improving its healthcare system over the last decade or so; however, this changing dynamic and advancements in technology mean a revision of the system is now needed. This new need is one of the main reasons behind the launch of the Health Vision 2050 in early 2014. The government has fought hard over the past year to bring down infant mortality rates and increase life expectancy for its citizens. In 2012, infant mortality rates were down to just 9.9 per 1,000 and under five mortality rates were down to 12 per 1,000 compared to 16.7 and 21.7 per 1,000 in 2000 according to the Ministry of Health’s latest statistics. Life expectancy has also seen a significant jump from an average of 71.6 years in 2000 to 76.2 in 2012. Along with these increases, other health indicators are also improving bringing the country in line with OECD averages where life expectancy is an average of 79 and the infant mortality rate is an average of 4.3 per 1,000.

While 2050 is a long way off, the strategic plan launched in 2014 shows Oman’s dedication to providing its citizens with the best possible service. The plan aims to answer the question of how the people would like their health service to operate 35 years from now. While it is difficult to predict how the sector will look in 2050, due to technological advances and the possible onset of disease, the government aims to instil a set of characteristics into the healthcare system that will be able to cope with the future demands of the Oman. In creating the plan, the government formed 14 working groups of experts in the field. Each group then developed a detailed working paper on one domain of the health system in Oman and highlight the strengths and weaknesses of each domain. Once complete, all the domains were then analysed to come up with the Health Vision 2050. It realized that the Ministry of Health alone would not be able to solve health related issues. It will take the full cooperative effort of all governmental departments to ensure policy making and decision take into account possible health effects. Preventative health programs will have a more positive outcome if public policies on trade, food, and urban planning, for example, were evidence-based and implemented with due consideration for public health. Cross ministerial cooperation in Oman in limited at present; however, Vision 2050 looks to integrate more departments to improve national health.

The Ministry of Health wants to place an increased emphasis of primary healthcare coupled with the promotion of inter-sectorial collaboration. Recent examples of this have had a positive impact on the healthcare system due to a decreased need to heavily invest in tertiary and quaternary care establishments. The WHO has thrown its support behind the Vision and has announced it will help Oman achieve its goals, which cover health technologies, nutrition, primary healthcare, and professional development. While the government wishes to do its best for its citizens, it also realizes the economic benefits of having a strong healthcare system. An unhealthy society can place an economic and social burden on the country, while a healthy society can be economically productive. With healthcare budgets around the world escalating, creating a healthy society can only benefit everyone while it keeps the costs down. Another focus of the Vision 2050 is to find a way to curtain the ever increasing costs of healthcare while also maintaining a constant improvement in quality and care.

The government is determined to offer free basic health care to all of its citizens, as well as tackling persistent diseases, such as diabetes and cardiovascular diseases. Oman’s healthcare services have evolved into a state-art-the-art system. Total healthcare expenditure accounts for 2.7% of GDP with 81.1% of this expenditure covered by the state. The state provides 83.1% of the hospitals, 92.5% of the hospital beds, 62.2% of outpatient services, and 94.5% of inpatient services. Out of pocket spending only accounts for 11.6% of the total healthcare expenditure. This means that the health expenditure of the country has been growing. Along with an increased expenditure, infrastructure has also developed considerably. There are 65 modern hospitals in Oman with almost 6,000 beds, which equates to 2.1 beds per 1,000 citizens according to the Ministry of Health. Still, by the end of 2015, according to a report by Alpen Capital the number of beds required by the end of 2015 to meet patient demand will be 6,300.

In addition to the hospitals, there are 242 health centers and approximately 1,000 private clinics. During the first conference for the Health Vision 2050 in May 2012 where the government brought together stakeholders, investors, and international experts to discuss the idea, it was decided that over the next three years the government would invest OMR1 billion in healthcare infrastructure. In 2013, a new medical city in Muscat began construction with a budget of $1.81 billion. The city is planned for completion by 2020 and will consist of five hospitals, including a general hospital, a pediatrics hospital, an organ transplant hospital, a neuroscience hospital and a trauma hospital. In addition to these, there will also be a rehabilitation center, an imaging center, and a laboratory and R&D center. The construction of the healthcare infrastructure will be undertaken by the Ministry of Health while the private sector will also build hotels, a shopping center, and other commercial components. In addition to the Medical City, the Ministry of Health also plans to build a further 30 hospitals and health centers across the Sultanate at a cost of $1 billion. Oman is just coming to the end of its eighth Five-Year Health Plan 2011-15. Over this time, the government has built 19 new health centers, a tumor ward at the Royal Hospital, a National Center for Cardiology, a National Center for Diabetes, a Cardiology Center and MRI unit in Salalah, and the upgrading of Khasab Hospital to a referral hospital, among many other things.

One of the next areas that the Ministry of Health is looking to tackle is the shortage of doctors, something that many countries around the world are also looking into. The Minister of Health, HE Dr. Ahmed Al Saidi, said that by the end of 2015 Oman will face a shortage of 8,900 doctors and nurses across the Sultanate with 3,288 positions vacant. Oman needs to send at least 50 high school graduates to an English speaking country every year to study medicine just to keep up with patient growth. To help make this process as smooth as possible, the Ministry of Health has been working hard to partner with US universities to train and certify Omani healthcare practitioners.

Oman has one of the smallest pharmaceutical and healthcare markets in the GCC, with per capita spending in 2012 just $150. However, the market is still quite large, with the total pharmaceutical market worth an estimated $568 million in 2015, up on 2014 when it was worth $532 million. Due to the small population of Oman, there is a limited potential in the market, like that of other GCC countries. In 4Q2015, Oman scored 49 out of 100 on the BMI Pharmaceutical Risk/Reward Index and has moved up to ninth place in the Middle East and Africa. Still, the government is pushing ahead and wants to develop the sector as much as possible. In September 2015, the Ministry of Health organized the fifth instalment of the Oman Health Exhibition and Conference, which encouraged drug makers and pharmaceutical companies to establish bases in the Sultanate. In an attempt to ensure that medicine is available to all, the Directorate General of Pharmaceutical Affairs and Drug Control at the Ministry of Health has been reviewing drug prices. In July 2015, the prices of 1,180 prescriptions were reduced at all private pharmacies as part of the second stage of the drug price review.
Oman has made some impressive and much needed improvements to its healthcare system over the past decade, bringing it into the modern era. Still, there is a long way to go and having a small population could both be an advantage and a disadvantage. A large population requires an extensive healthcare system, but it would also be able to provide more skilled workers as long as the education system is adequate. A smaller population is easier to manage and doesn’t require as mch infrastructure but is less attractive to the private sector because of a limit in the return on investment. The Sultanate’s Healthcare Vision 2050 hopes to address these issues and continue the country on the path of development.