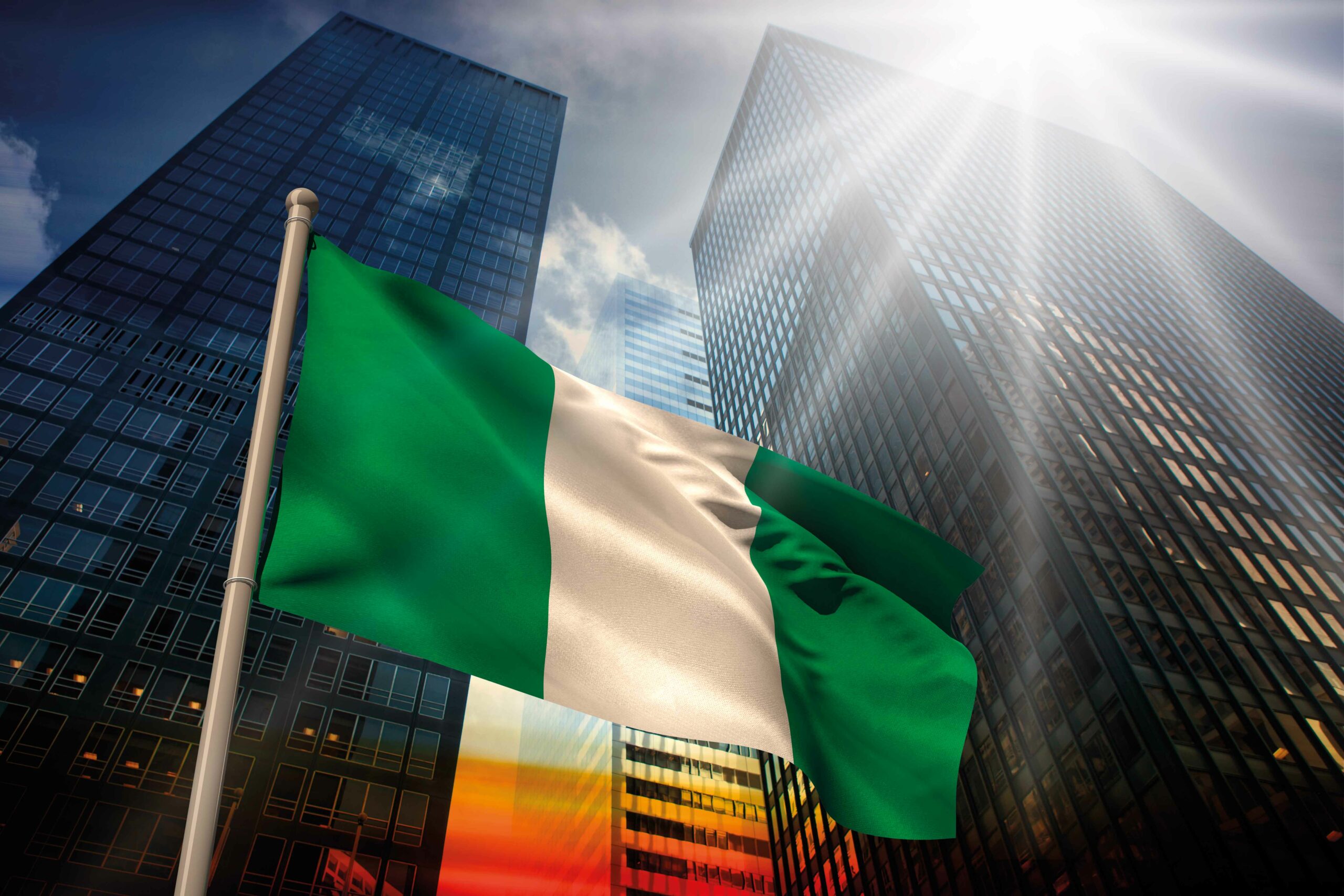 Share on:
Staunch opposition to terrorism and corruption, combined with a commitment to increasing the quality of life and diversifying the economy, is Nigeria's recipe for diplomatic strength.

As a member of over 50 international organizations and a leader on the African continent, Nigeria is a beacon of progress, participation, and democracy. After entering 2016 with a new regime dedicated to anti-corruption and raising the quality of life, policymakers and government officials will be striving to continue the trajectory for improving transparency and pulling the economy strongly out of recession in 2017.

Nigeria has a solid history of success in both the diplomatic and political arenas. The country was a founding member of the African Union and continues to play an instrumental role in realizing the principles of African unity and independence. Nigeria is also a non-permanent member of the UN Security Council, maintaining good relations with its West African neighbors. Thus, with both the largest economy and population in Africa, Nigeria wields considerable power in world affairs.

The democratic Federal Republic of Nigeria comprises 36 states in addition to the Federal Capital Territory of Abuja. The country is currently led by President Muhammadu Buhari, who was inaugurated on May 29, 2015, representing the All Progressives Congress (APC) platform. The president is head of state and chief of the national executive. He is also commander-in-chief of the armed forces. The country observes a maximum two-term period of office for any president, which means any one president can serve for up to eight years. The cabinet is composed of 19 ministries and 22 sub-ministries, the latter responsible for state affairs at the local level.

At the parliamentary level, the National Assembly is made up of the Senate and the House of Representatives. The Senate has 109 members, who together represent each of the federal states. The Senate is the upper house, and has the power of veto. The House of Representatives is the lower of the two houses, with 360 members. The distribution of seats across the country is weighted to reflect population densities across the region. A bill must receive the approval of both houses of parliament before being passed into law.

Local government, at the state level, is overseen by 36 state governors and deputy governors, as well as their assemblies. In the capital territory, the Senate member is appointed by the president. The judiciary is, after the executive’s National Assembly and Senate, the third arm of government. Overseen by the Supreme Court, the judicial system is broadly based upon the British system, although it incorporates some aspects of customary law, which are drawn from tribal and regional principles and sharia law, which reflects the practices of the large Muslim population in the country’s northern regions. In the 2015 elections, President Buhari won with approximately 54% of the vote, while runner-up party leader Goodluck Jonathan, leader of the People’s Democratic Party, reeled in nearly 45% of the electorate. There were 14 registered parties in the election, showcasing the politically diverse landscape of the country. Currently, the APC occupies 225 seats in Congress, while 125 are reserved for the People’s Democratic Party, and 10 seats are occupied by other party members.
Since coming into office, President Buhari has pushed an aggressive anti-corruption agenda, emphasizing that the path toward eradicating corruption starts from the top down. To this end, he also became Minister of Petroleum to ensure transparency in the most lucrative sector of the economy.

“The anti-corruption war is crucial to us. There will be no let up. It is a promise we made, which we are fulfilling, and which we must fulfill to the letter,” President Buhari told TBY. “The legacy I want to leave is that of a country where corruption is reduced to the barest minimum, if not completely eradicated. I want to bequeath a country that Nigerians are proud of: safe, secure, and prosperous.” While the war against corruption is a key focal area for the Nigerian government, keeping the country safe from external threats as well as domestic terrorism is another primary point on the agenda. The third area that the current regime is committed to is reviving the economy, particularly in terms of creating more opportunities and jobs.

Since its independence in 1960, the country has sought not only to better the lives of its citizens, but also to foster bilateral relations at the diplomatic and economic and trade levels. Nigeria is a leading member of the economic organization ECOWAS, which supports economic integration across 16 West African nations, and the African military alliance of ECOMOG. By the end of 3Q2016, Nigeria’s non-oil exports to ECOWAS countries stood at USD55.6 million, with Ghana as the major export destination. However, organizations like the Manufacturers Association of Nigeria Export Promotion Group (MANEG) are still making efforts to increase the volume of intra-regional trade.

Taking strides to promote intra-regional trade, ECOWAS devised the Trade Liberalisation Scheme (ETLS) for the creation of a common market. Under a revised treaty that abolishes customs duties levied on imports and exports and other non-tariff barriers among member states, Nigeria is aiming to establish a free trade community. Although it was first implemented in 1979 and was mainly used for the trading of agricultural products, handicrafts, and oil and gas, it has since expanded to include industrial output. As the largest economy in ECOWAS, Nigeria benefits hugely from this arrangement, with both access to a vast array of products and a channel for distributing reputable and competitive made-in-Nigeria products. Under this scheme, a company registered with the ETLS in Nigeria can export products to any ECOWAS member country with zero duty. At the same time, products registered with ETLS from companies in other ECOWAS member states can export to Nigeria with zero duty, provided the products are not on the exempted list.

A sub-group of ECOWAS, the West African Monetary Zone (WAMZ) is pioneered by Nigeria and seeks to create a single currency unit in the region. WAMZ currently consists of six member countries, each committed to the long-term project of realizing a single West African “eco” currency.

Despite vast improvements in the way trade is handled, Nigeria still stands in 169th place on the global ease of doing business index. “We ensure that we make doing business in Nigeria as easy as possible. Bureaucratic bottlenecks are being dismantled, red tape is being taken out of the way, and results are being achieved faster,” President Buhari assured TBY. “If we compare Nigeria’s standings in the ease of doing business a year ago with where we are today, the difference is clear. And things will get much better.”

Signaling the vital role that Nigeria plays in international relations, Nigerian citizens are often relied upon as leaders in multilateral organizations. HE Jaja Wachuku, the first Minister of Foreign Affairs, set the precedent by carrying Nigeria from its colonial past into a new era of self-determination as well as a force to be reckoned with on the international stage. Over the course of his life, he commanded respect for the Nigerian nation abroad, and in many ways, created a diplomatic image for the country. In addition to serving in a variety of roles within Nigeria, Wachuku also became the first ambassador of Nigeria to the UN.

The current Minister of Foreign Affairs is Geoffrey Onyeama. After assuming office in November 2015, Minister Onyeama rolled out a strategy to reform Nigeria’s foreign offices, work on reducing economic leakage, expand relations with neighboring countries to address security threats, and work closely with foreign partners to fight corruption and recover looted assets. Thus far, efforts to build an international commitment in the fight against terrorism have been diplomatically successful. The minister has also indicated that in 2017, Nigeria’s foreign policy objective will be to create projects and initiatives that bring about the betterment of the Nigerian people, meaning that forging and improving relationships with foreign partners will be based not only on wealth and technological advancement, but also on the country’s national interest. Nigeria faces a number of hurdles in 2017, not least of all terrorism and transnational security threats. However, the government will be seeking partners who can also boost the country’s aims of reducing poverty, as well as diversify the economy and embrace the plethora of different cultural advantages within it.

Additionally, the Ministry of Foreign Affairs has recognized that the protection of the environment has become paramount for both developed and developing nations as they pursue economic wealth. The country will be working on ways to address the various issues surrounding the environment, including tackling pollution, global warming, overpopulation, the depletion of natural resources, waste disposal, and climate change.