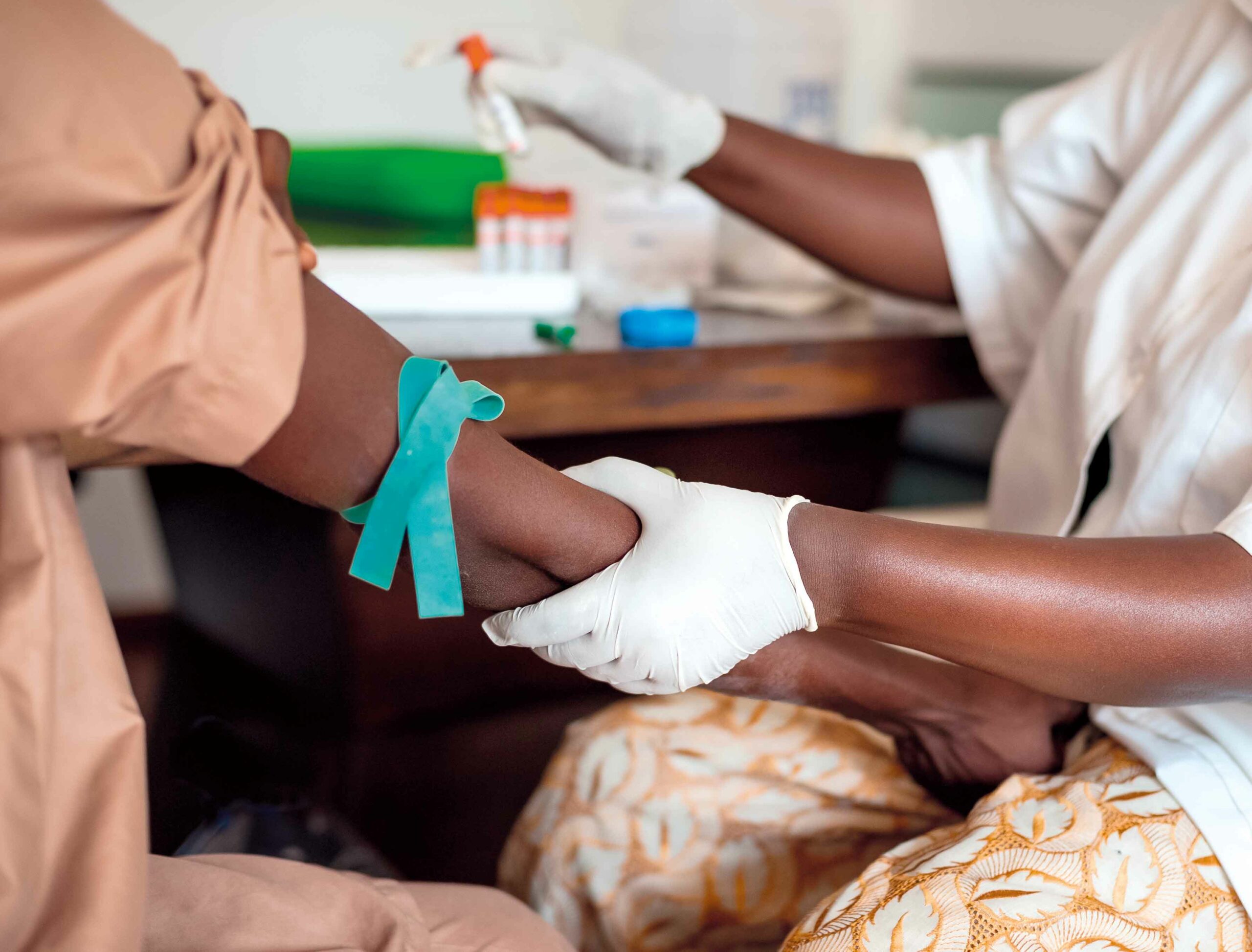 Share on:
Nigerian healthcare is focused on extending access, especially to the 70% or so that live below the poverty line. The relative under-investment in health services means there is an important role for the private sector to play in assisting the state in its efforts to improve standards and widen access.

The World Health Organization (WHO) estimates that Nigeria spends a total of 4.6% of its GDP on healthcare, while the federal government spends around 1.5%. There is an increasingly urgent need for more investment, which has not kept pace with economic growth. The country has only 0.4 doctors per 1,000 people—lower than the regional average, and behind comparably sized economies such as South Africa (0.71) and Egypt (2.83). However, signs are that Nigeria’s healthcare sector is ripe for change, with fresh opportunities for investment, a rapid acceleration in the take-up of the country’s national insurance scheme, and renewed progress towards a fully fledged high-quality and well regulated domestic pharmaceutical industry.

While the private sector holds the key to assisting the government in developing the healthcare market, it is hampered by a distribution that is fragmented and services that are, for such a populous country, bordering on minimal. The majority of private sector hospitals offer minimal facilities, often with fewer than 50 beds.

According to the WHO, Sub-Saharan Africa is home to 11% of the world’s population, yet accounts for 24% of the world’s infectious diseases. The region also accounts for less than 1% of the world’s healthcare expenditure. Yet if Nigeria manages to follow through on its new policies, and attracts FDI to the sector at the right levels, the country could well become leading light in African healthcare. And there are several reasons for optimism in 2016 and beyond.

President Buhari has promised to reform Nigeria’s health sector and the services it provides. Nigerian healthcare is tiered and relatively decentralized. Primary healthcare is managed by local governments, which oversee the dispensaries. Secondary healthcare, including general hospitals, is the responsibility of the State Ministries of Health (SMOH). The Federal Ministries of Health (FMOH) works to define policy and implements training schemes. There is a shortage of qualified doctors, nurses, and clinical staff across the country, partly due to insufficient pay.

A challenge for the new administration is funding the health sector. Many commitments on healthcare have not been fully met by previous governments. In today’s tightened fiscal climate, the Buhari government must look to the private sector and FDI support if it is to deliver on its pledges to improve care in such vital areas as HIV/AIDS, women, and infant and childcare. The latter is a particularly urgent concern. Nigeria records around 800,000 deaths of under-5s every year, equivalent to 11% of the global total in this category. Under-5 mortality is equivalent to 128 per 1,000 births. Maternal mortality is 5.7 per 1,000 births. The country’s millennium development goal is to reduce under-5 mortality to 70 per 1,000.

The country also grapples with the highest incidence of malaria in the world. HIV/AIDS and tuberculosis are also occurring at high rates. Non-infectious diseases such as cancer and diabetes are increasingly prevalent. On the plus side, Nigeria is set to be declared by WHO officially free of the polio virus by 2017. And in 2014, the country officially eradicated the guinea-worm disease, which at its peak, affected 650,000 Nigerians a year, according to the WHO’s data.

This advance has led the government to resolve to maintain the momentum for advancement and reform. President Buhari has put access for the poor to basic healthcare at the core of the National Health Act. President Buhari has pledged to wage a war on tropical diseases generally, saying that, “These diseases disproportionately affect the poor and the vulnerable, and as such are major concerns of this administration. We shall ensure that these diseases are no longer neglected.”

One of the top priorities for the government is to bolster its partnership with the Private Sector Health Alliance of Nigeria. Without this central partnership, the administration will struggle to finance the reforms. Signs are this is in sight. The Ministry of Finance is to set up a basic healthcare provision fund under the 2016 Budget Appropriation

President Buhari and his government have made insurance, access to healthcare, and consolidation of the healthcare sector one of its top priorities. But much will depend on the private sector for investment at a time when the price of crude oil is likely to remain below $60 a barrel for much if not all of 2016.

Widespread health insurance is a new concept, and until recently healthcare was paid for out-of-pocket. At the heart of Nigerian healthcare is the National Health Insurance Scheme (NHIS), launched in May 1999. The NHIS is “committed to securing universal coverage and access to adequate and affordable healthcare in order to improve the health status of Nigerians.” As of 2014, only 4% of Nigerians are registered on the scheme, and the NHIS has had little impact on granting healthcare access to the people of Nigeria. Part of the reason for this is that, until recently, the scheme largely focused on insuring public sector workers and state-run enterprises. Today, there is a recognized need across the board for universal access to basic services. The scheme is looking to such initiatives as the National Mobile Health Insurance Program (NMHIP) to raise awareness and promote access. NMHIP launched formally in 2015, and allows subscribers to register directly via their mobile phones. The idea was developed in partnership with the NHIS to encourage millions of Nigerians to take up quality, regulated healthcare. The platform grants registered Nigerians, via their handsets, free medical consultations and prescribed medication at more than 8,000 hospitals across the country.

It is hoped that mobile technology will enable the scheme to reach the self-employed as well as those living in rural areas, populations that have until recently been hard to reach.

The problem of healthcare insurance is a cultural one, and affects the whole industry. Nigerians can be wary of officialdom, and are often reluctant to pay for services they cannot be sure they will receive at the point of need. The onus is on the industry to explain the concept and benefits of insurance coverage through marketing and awareness campaigns, as well as through education initiatives.

A key issue for Nigeria has long been effective regulation of the pharmaceutical industry. The industry is overseen by the national regulator, the National Agency for Food and Drug Administration (NAFDAC). This organization is the main regulator of pharmaceuticals and medicines in Nigeria and was established in 1993 to counter the prevalence of counterfeit medicines on the market. There has been notable progress. The WHO estimates that, in 2008, more than 64% of antimalarial drugs in Nigeria were fake or below standard. Today, the figure is down to around 18%.

The 3rd Nigeria Pharma Manufacturers Expo, held in Lagos in September 2015, was a landmark event that sought to raise the profile of the Nigerian pharmaceutical industry internationally, and brought together producers and regulators. The expo showcased 4,300 products from 132 exhibiting companies from nine countries over three days. Fully regulating the industry, and reassuring the market, was a major priority of the participants at the expo, a concern voiced by Lekan Asuni

The Managing Director of GSK Pharmaceutical Nigeria Ltd, in an interview with TBY, explained the importance of realizing this change: “We expect that the new administration will drive new reforms, which will lead to a transformation where the industry will be able to actualize its potentials. Counterfeiting is still a challenge and we look forward to collaborating with the government in designing and executing an anti-counterfeiting legislation with penalties that will serve as a deterrent to offenders.”

TextNigeria has struggled for decades with substandard pharmaceuticals. As little as five years ago, more than half of the drugs sold in Nigeria were fake, and in 2011 the WHO found that 64% of anti-malarial drugs were counterfeit. The country has made enormous strides since then, with some surveys reporting only around 10% of the pharmaceutical market to be spurious today.Nigeria has now implemented a scratch-off code linked with a text message verification system, as well as comprehensive scanning of imports. According to Mr. Paul Orhii of NAFDAC, the nation’s food and drug regulator, anti-malarial fakes have been brought down to 20% in 2015 and other nations have adopted Nigeria’s methods. Another route to improving the supply of drugs to Nigeria’s population has been local production. Four Nigerian pharmaceutical manufacturers are now WHO pre-certified, which allows them to produce and export generic drugs with less bureaucratic resistance. The firms include May and Baker as well as Swiss Pharma Nigeria, both of whom were interviewed for this publication. More than $44 million has been invested by local manufactures since 2013, and this investment has resulted in an increased capacity that now meets as much as half or more of the local demand for certain drugs. Although margins on generics can be high for manufacturers, Nigerian firms face the same difficulties that others in the sector do. These challenges are mostly monetary and infrastructure-related, as the naira’s weakening exchange rate against the dollar increases the cost of imported precursors, and costly electricity must be generated on-site.Nigeria’s National Health Insurance Scheme is set to provide a larger number of Nigerians with health insurance.