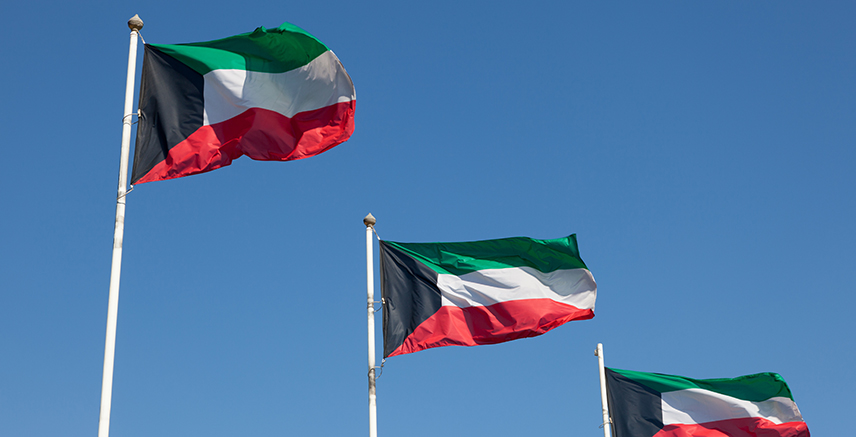 A Voice To Hear

Share on:
Kuwait revealed its deft diplomatic hand by shoring up Egypt's Sisi, reining in whilst re-enfranchising its local branch of the Brotherhood, and resisting further Gulf calls for unification without ruffling any of its neighbors' feathers.

More than perhaps any other country on earth, the tiny oil-rich state of Kuwait is sequestered in one of the most precariously combustible corners of the world. In the best of times—i.e. when black gold is riding high—Kuwait must contend with competing regional hegemons, an American imperium still exacting tribute in one form (military bases) or another (security and arms contracts), striking a perilous sectarian balance with its large Shia minority, and keeping its legions of foreign workers in line, who now account for 72% of its total population and virtually 100% of the private sector.

These would be major structural challenges for any large, historically rooted, economically diverse, and politically developed country; that tiny oil-dependent Kuwait, barely two months older than Barack Obama, can manage whilst being surrounded on three sides by vastly more powerful neighbors, no natural borders, and little legitimacy given to it by a dying British Empire, is a nod to its deft management skills.
What about in the worst of times? Its nearest—or simply most widely felt—neighbor, Iraq, has been in a state of near-total war for 14 years; its other two looming neighbors, Saudi Arabia and Iran, battle each other in at least four neighboring fiefs (Yemen, Syria, Bahrain, and Lebanon); gerontocracies and monarchies the region over have been delegitimized, dethroned, or decapitated; sectarian tensions have simmered up and often boiled over in nearly every regional state; and, most alarmingly, the price of oil has collapsed.

With fossil fuels accounting for 95% of government revenue and government revenues down by 60%, it does not help that 90% of Kuwaitis are employed in public-sector agencies. How, then, does Kuwait continue to pull off this miraculous balancing act? Despite its deep-seated conservatism and world-renowned conformity, domestically Kuwait has the most vibrant political life and some of the strongest political institutions in the GCC. In November 2016 it held snap parliamentary elections in which only 20 of 42 incumbents (from a total 50 of members of parliament) were reelected, an astounding rejection of the status quo by any country’s political standards. Of those elected, 24 of 50 were liberals and Islamists from the opposition.

Internationally, Kuwait survives as an island of calm in a sea of bloodcurdling chaos through extraordinarily adroit diplomacy. Shrewd without sacrificing principles to profit, it can mollify foes, downplay regional rivalries, and bolster friendly regimes without overly alienating ideological opponents. Granted, its outspoken support of Syrian rebels—or at least its private citizens’ overwhelming support and arming of Syrian rebels—may be frowned upon by posterity. But even here the government displayed a clever hand; rather than outright pledge its support to the overthrow of Syrian strongman Bashar al-Assad, as neighboring Saudi Arabia and Qatar most vehemently did, Kuwait’s foreign ministry remained largely neutral, concluding that letting its well-heeled citizens vote with their wallets would do the trick just fine, thank you very much.
For a time it seemed to: at one point a single Salafist group in Kuwait, the Great Kuwait Campaign, raised enough cash to put 12,000 rebels in the field. Yet, as the war in Syria enters its sixth deadly year and with the much-feared government capture of Aleppo now a bloodstained fact on the ground, the Kuwaiti government can rest assured it is not to blame for the endless slaughter; after all, when an outspoken former member of parliament suggested arming the rebels with heat-seeking anti-aircraft missiles, he was kindly ignored by the foreign policy establishment and his suggestion shelved.

That being said, the Kuwaiti establishment has been less reticent in voicing its disapproval of the Iranian-backed Houthi takeover in Yemen—and markedly less shy about putting its money and fighter jets where its mouth is. In March 2015, it contributed 15 jets to the coalition against Sana’a spearheaded by Saudi Arabia but also strongly backed by the UAE and Jordan. This came despite the fact that HH the Amir Sheikh Sabah Al-Ahmad Al-Jaber Al-Sabah had only met with Iran’s supreme leader Ayatollah Ali Khamenei in Tehran in June 2014, a meeting after which both leaders stressed how important Iranian-Gulf ties were.

That being said, when Saudi Arabia and Bahrain called for a GCC-wide political union in Manama (Bahrain) in 2013, Kuwait went along with the UAE, Qatar, and Oman in balking at the proposal. That the regional score has little improved in the ensuing three years is a secret to no one; thus Manama and Riyadh redoubled their efforts in December 2016 to forge a political union. At the GCC’s Manama Dialogue held between December 9 and 11, Bahrain’s Prime Minister Prince Khalifa bin Salman Al Khalifa said once again that political union was the “inevitable goal” of that month’s meetings, citing “security problems, economic challenges, and other serious issues confronted by the region” as the chief impetus.

Opposition to such a union in Kuwait is chiefly attributable to the “collective security actions” that Saudi Arabia and other Gulf states would likely impose on political activism of one kind or another in Kuwait. Though a conservative and unabashedly pious society, Kuwaiti society also allows for a modicum of dissent, liberalism, and political Islamism unknown to other Gulf nations. It is highly unlikely that any of its 24 liberal or Islamist MPs, who now hold a near majority in Kuwait’s parliament, would exercise any power in a new union.

Ever an eye toward Al-Azhar

These ambiguities make Kuwait’s relationship with the Muslim Brotherhood and, by extension, the Sisi government in Egypt, all the more telling. Though tensions in the Gulf over whether or not to support or attack the Brotherhood as a domestic and transnational movement have somewhat lessoned since the overthrow of Egyptian President Morsi in July 2013, they have far from gone away. While Saudi Arabia and the UAE have been notorious in their hounding of the Brotherhood, and Qatar bucked the regional trend and lent the movement vast and widespread support, Kuwait has always fingered a finer-tuned fiddle in its policy.
Never outrightly banning the movement, Kuwait nonetheless never made things easy for it. In 2012, the local branch of the Brotherhood, the Islamic Constitutional Movement (ICM), decided to boycott further parliamentary elections after the Amir unilaterally changed the electoral system in response to a Brotherhood-leaning opposition victory in February of that year. While its time in the political desert sidelined it from the usual spoils of political office—government jobs and revenue, and a platform from which to combat governmental efforts to purge the Brotherhood from the Ministry of Awqaf and Islamic Affairs—it also made it ripe for a comeback.

Yet this victory did not come without a price. One possible drawback—or advantage, depending on how one sees it—is that the Kuwaiti branch of the Brotherhood, the ICM, took the critical decision to separate its political apparatus from the movement’s nizam, or mother organization. This interestingly paves the way for non-members to join. At the end of the day, Kuwait’s tepid rapprochement with the Brotherhood in one form or another raises the equally important question of its relationship with the largest and still most powerful Arab state, Egypt.

Kuwait lost little time in shoring up Sisi, pledging USD4 billion in aid as part of a larger USD12 billion package from the Gulf immediately after Morsi’s ouster in 2013. In November 2016, Kuwait announced it was replacing Saudi Arabia as the chief supplier of crude to Egypt, with 2 million barrels per month to start in January 2017.
As relations between Egypt and the Gulf go from sour to sordid, the move could not have come at a better time. What began as differences between Saudi Arabia and Egypt over conflicting policies in Syria and Yemen took a turn for the worse in December when Egypt accused Qatar of having a hand in the bombing of the St Peter and St Paul Church in Cairo. Thus did Kuwait reveal its deft diplomatic hand by shoring up Sisi, reining in whilst quasi-re-enfranchising its local branch of the Brotherhood, and resisting further Gulf calls for unification without overly ruffling any of its neighbors’ prickly feathers.

The devil you know

More pressing than ever are the country’s relationships with the US and Iran. For starters, Kuwait has long had cordial ties with the Islamic Republic, and the Al Sabah monarchy has always enjoyed the support of the country’s Shia minority, which accounts for 30% of its population (though only six Shia were elected to parliament in November, down from nine). Thus while opposed to Iran’s aggressive meddling in Yemen, Kuwait neither loathes nor even fears Tehran in the way that Riyadh and Manama do. Kuwait did recall its ambassador from Iran in January 2016 as tensions between Riyadh and Tehran reached a fever pitch over the Saudi state’s execution of a leading Shia cleric (along with many Sunnis convicted on terrorism charges); but this seems a move more in keeping with its traditional status of toeing the general Gulf line. As for Washington, it enjoys even closer relations as ever, especially given the latter’s renewed presence in Iraq to help Baghdad claw back territory from the so-called Islamic State.

Relations with India and China have also continued apace. Having recognized the PRC even months before Kissinger made his first ping-pong diplomacy visit to Beijing in 1971, Kuwait’s ties with the Middle Kingdom are as good as ever. Bilateral trade now stands at USD12.5 billion, and China Petroleum & Chemical Corp (Sinopec) and Kuwait Petroleum Corp signed a USD9.3 billion agreement to build a joint refining and petrochemical complex in the southern Chinese province of Guangdong in 2015. Yet its relationship with India is even more interesting. Home to 600,000 expatriate Indians that send USD3 billion home in remittances each year, Kuwait must maintain close and cordial ties with Delhi.

The only truly sore spot in an otherwise stellar record is its conflict with the Jewish state. While normal for nations in the region to pillory Israel for its treatment of Palestinians, Kuwait has gone further than most—preferring to ground all of its intra-European and New York-London flights rather than allow an Israeli passenger. At a time when state revenues are hugely down, this loss of revenue will not help the country’s finances. If the country is to survive the oil crunch, it will have to tighten its belt, not pull it out each time there’s a scuffle. In this light, many analysts saw November’s watershed election merely as the victory of rookie anti-austerity politicians who swore to keep public spending—already wildly unsustainable—at current levels. Whether they can deliver on that promise is an entirely different matter.