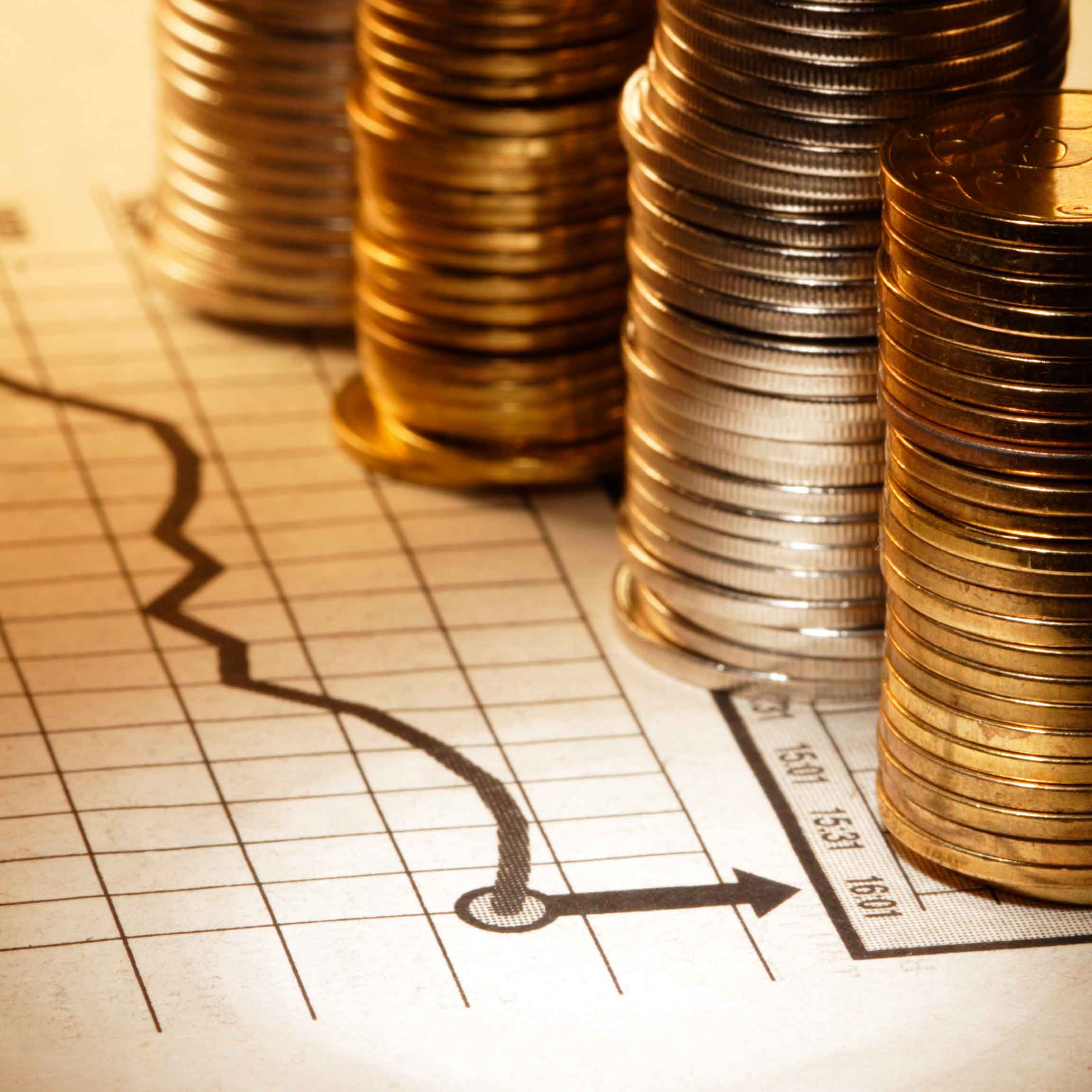 Share on:
Lebanon's banking sector has long displayed the admirable properties of Teflon, having withstood both internal conflict and external headwinds.

Banking sector resilience, even to the rigors of civil war, has largely been ensured by consensus among all political sides that its health was vital to sustainable economic performance. Most recently, such non-partisan commitment to financal stability was confirmed in 2015 by the holding of an extraordinary parliamentary session to adopt key financial initiatives; this despite parliament not convening due to the protracted failure to select a president. The issue was finally resolved with the inauguration of HE Michel Aoun.

Lebanon’s current budget deficit results from domestic banking system financing, and Standard & Poor’s notes that systemic credit losses significantly relate to high direct and indirect exposure to the real estate sector, which the agency indicated stood at 35.6% of the sector’s loan book at YE2015. In fact, Director General of the Ministry of Finance, Alain A. Bifani, confirmed in a TBY interview that related steps had been taken to shore up the tax regime, to “…eliminate a systematical bias in favor of rent, against labor and investment.”

Sector assets exceed 350% of GDP, and the banks hold over 50% of all T-bills and Eurobonds, where official figures put overall sovereign exposure at 61% of total bank assets. Banks, in turn, are funded primarily by deposits that are highly concentrated and notably dependent on non-residents. Indeed, the large diaspora remains keen to send funds homeward through remittances. The latter loyal base, numbering around 16 million dwarfs the 4.9 million population, and has regularly contributed over 20% of GDP annually, and around 16% today. Resulting budget surpluses of former years were not wasted, as remittances were put to work in a sector modernized ahead of its regional neighbors.

The secrecy law promulgated in Lebanon since 1959, while once open to abuse, has also served to boost sector appeal, and by end-2013 deposits had registered at threefold of GDP. Meanwhile, high liquidity and comprehensive compliance with international regulatory standards underpin credibility. Today, the regulatory and supervision frameworks are already in compliance with Basel I, II, and III, and banks average 30% liquidity placed in foreign currency and over 53% in aggregate liquidity. Also dating from 1959, the Association of Banks in Lebanon (ABL) furthers the positive reputation of local players, while contributing to policy evolution. Sector stability also owes much to the currency exchange rate, in place since 1997, when the Lebanese pound (LBP) became pegged at a rate of LBP1507.5 to the USD. Then in 2016, Lebanon joined the Global Forum on Transparency and the Automatic Exchange of Information (AEOI) for tax purposes, pursuing the Common Reporting Standards of the OECD.

Credit Growth? Not a Moo(t) Point

2016 saw a dose of sector consolidation that included the rebranding of lenders BIT and NECB as Saradar Bank. Potential for credit growth, too, exists despite the crowded banking arena. Sector players note a low 75% capacity utilization ratio in the private sector, the output gap of which can best be narrowed through fresh corporate and SME loans. Lebanon’s corporate to commercial lending and retail lending ratio today favors the former at 60:40. Light relief, though with serious intent, comes from Banque Libano-Française’s (BLF) campaign to reach the small business borrower. Its “cow loan” became available to to finance milk producing stock, largely in a bid to include rural women. In 1Q2017, the ratio of gross doubtful loans among Alpha Banks, a group of 14 leading lenders, declined somewhat from 5.62% in 1Q2016 to 5.45%.

Dr. Riad T. Salameh, the Governor of the Banque du Liban (BDL), highlighted one particular area of economic significance that merits credit support, namely the knowledge economy, which “after only three years of implementation (…) has attracted 800 start-ups, created 6,000 jobs, and increased national wealth by around USD1 billion.” The sector seems set “to grow by around 7-9% per year over the coming three years.” BDL, “has increased the margin of funds that banks may dedicate to the financing of this sector by authorizing them to invest up to 4% of their own funds with BDL guarantee, compared to 3% previously.” The hope, too, is that, “the SME stock market will be launched in parallel with the privatization of the Beirut Stock Exchange.”

The May-August 2016 contraction in the country’s net foreign asset (NFA) position (a loss of USD1.9 billion), prompted BDL to shore up its reserves, as banks’ net foreign liabilities reached USD18 billion in August, up from USD15 billion at the beginning of the year. Reportedly, BDL bought USD6 billion of Lebanese pound-denominated Treasury bills from commercial banks at a premium, selling them for USD2 billion in Eurobonds and an additional USD4 billion in Certificates of Deposit. The banks were then obliged to retain profits generated from such transactions as Lebanese pound-denominated reserves in the run up to the 2018 implementation of International Financial Reporting Standard No 9. By 4Q2016, gold included, the BDL’s foreign assets had a record 26 months of imports under wraps.

Dominated by banks, the Lebanese financial sector, at YE2016, employed over 25,000 people at 1,078 branches, managing total assets of USD204.3 billion. Currently, ABL has 66 members, which account for 97% of financial system assets. And since non-banks have a slender presence they pose no systemic risk.

Top of the Food Chain

…the 1H2017 un-audited financial results of the three largest listed Lebanese banks, namely BLOM Bank, Audi, and Byblos, confirm sustained performance and growth, in spite of the operating challenges of economic deceleration and regional strife. Quarterly aggregate net profit climbed to USD512.63 million, up 2% YoY. Individually, Blom Bank printed the highest net profit of USD233.53 million, up 3.03% YoY. It was followed by Bank Audi on net profit of USD212.83 million, up by 5.36%, and Byblos Bank slipped 9.07% YoY to USD66.27 million. By profitability metrics, BLOM Bank led the field in terms of the rate of return on average equity (ROAE) and on average assets (ROAA), at 16.66% and 1.54%, respectively. BLOM Bank General Manager Amine Awad stressed that the bank was, “… improving the net interest margin, which in the first quarter of this year reached 2.3%.” He added that, “Historically, BLOM Bank had the lowest cost to income in the banking sector, which in 1Q was 34.23%, while the average of the banking sector was 52.4%,” in part due to the bank’s commitment to automation. Bank Audi’s prints were at 13% and 0.99%, and Byblos Bank’s at 7.06% and 0.62%, respectively. BLOM Bank’s sterling performance emanates from operational efficiency evidenced in its cost-to-income ratio of 34.36%, followed by 54.47% for Bank Audi and 56.6% for Byblos Bank. Growth was also visible in key balance sheet metrics among the top-three lenders, as Blom Bank’s USD31.32 billion in assets rose 6.13% in 1Q2017, and its loan portfolio by 7.41% to USD7.69 billion. The assets of Byblos, at USD21.79 billion, rose 4.71% quarterly, while the loan portfolio climbed 2.01% to USD5.28 billion. Finally, the assets of Bank Audi shed 0.89% quarterly to USD43.87 billion, while the loan portfolio grew 2.53% to USD17.66 billion.
According to Freddie C. Baz, Group Strategy Director at Bank Audi, the tremendous 2016 net profit rise of 17% to USD470 million was not due to, “…miracles or mysteries (but rather) the strong performance achieved in the group’s three main markets of Lebanon, Turkey, and Egypt.” Notably, “In four years of average activity, we have succeeded in building USD11 billion of assets in Turkey, generating USD26 million of net profit after tax and provisions in 1Q2017 as compared to USD69 million in FY2016, underscoring exponential growth.” In fact, “The aggregation of our foreign activity now represents 42% of the total when adding Paris, Switzerland, Jordan, Qatar, and Saudi Arabia (placing Bank Audi) among the most geographically diversified banks in terms of the balance between domestic and foreign entities.”

We cede the final word to BDL Governor Dr. Riad T. Salameh, who notes that ultimately, “Over the past 20 years, BDL’s efforts have been channeled into building a prudent financial model, which has inspired confidence in the system.” As a result, resolute monetary policy has propelled modernization, “…striving for sustainable economic growth and financial sector stability, fostering transparency and integrity through establishing best in class financial sector supervision and anti-money laundering capabilities, and strengthening internal systems and processes.” He is right to assert that Lebanon’s banking model itself is the primary attraction for investment, having stood the test of time and turmoil.